Everything you need to know about Maura Higgins' new show, Glow Up Ireland

Yesterday, Maura Higgins announced that she will be the host of the Irish edition of the beauty competition The Glow Up, and we cannot wait to see her in action.

The UK edition, which has been running since 2019, has launched the careers of numerous British make-up artists, so it's about time Irish MUAs get the same treatment.

So, what can we expect from Glow Up: Ireland's Next Make-Up Star? Here's everything we know so far. 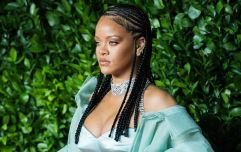 END_OF_DOCUMENT_TOKEN_TO_BE_REPLACED

Yesterday, national treasure Maura Higgins told her fans that she was "excited" to be hosting the upcoming series.

The Love Island star said: "I'm so excited to be the presenter of the first ever Glow Up Ireland. Having watched the last few series of the show in the UK, this is such an amazing opportunity. And the fact that this is my first presenting job in Ireland and it's in Ireland is so overwhelming."

How will the show run?

If you've watched Glow Up before, you'll know that it's kind of like a mix between Bake-Off and America's Next Top Model, with a bit of YouTube sprinkled in. 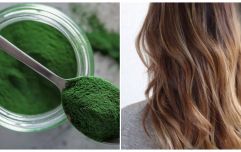 END_OF_DOCUMENT_TOKEN_TO_BE_REPLACED

Similar to the UK edition, Glow Up Ireland will see contestants battle it out across two different challenges each episode - a professional brief and a creative brief. For the former, the MUAs will work with industry pros across an array of different areas. In the creative brief, the contestants are given total freedom to express themselves in response to a specific task.

Yes, but be quick about it! Applications for MUAs close on Sunday 20 June, so get yours in immediately. For more information, send an email to glowup@indiepics.ie.

When will it air?

Glow Up: Ireland's Next Make-Up Star will air this autumn on RTÉ 2.

popular
My hair has never been this thick and healthy – and here is what I have been doing differently
Sophie Turner accused of "mocking" Princess Charlotte in new series
The problem with eating disorders in film
WATCH: WAP sign language interpreter steals the show at festival
The sad reason why viral gymnast, Katelyn Ohashi, isn't on the USA Olympic team
Two best friends decide to share Olympic gold medal
Love Island fans can't cope over Millie still laughing at Liam's jokes
You may also like
3 days ago
'Atomic blonde' is the bold new blonde shade EVERYONE is obsessed with this summer
1 week ago
Rainbow tips are the cutest nail trend this summer – so bookmark these ideas for your next mani
1 week ago
Colourful eye bags are trending - and they're actually kind of stunning
1 week ago
Sweating off your makeup? This foundation might help it stay on
1 week ago
Glossier's Solar Paint is finally here - and the beauty world is not able
2 weeks ago
6 of the biggest hair style trends for summer 2021
Next Page