I'm getting laser treatment on my face... this is why I think I need it

It's been a long road.

I was about 13 or 14-years-old when I started to get spots. Fast forward to 16-years-old and all across my chin I had full-on acne. It was sore, it was annoying, I hated the way it looked and tried to hide it with an unlawful amount of Dream Matte Mousse foundation.

Of course, it wasn't a good look - but what else was I to do? 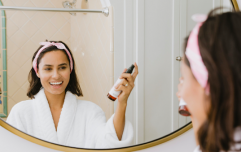 END_OF_DOCUMENT_TOKEN_TO_BE_REPLACED

I tried antibiotic after antibiotic; face cream after face cream but nothing really worked. My doctor wouldn't let me go on the pill until I finished the Leaving Cert in case I got "too emotional" so I just carried on taking whatever antibiotic he threw at me (I refused to take Roaccutane).

When the exams were over, I went on the pill straight away, and while it didn't kick in for a few months (i.e. AFTER my fecking debs), I could see a noticeable difference within three or four months.

I rejoiced, of course, because I was finally/mostly spot free for the first time in five years.

Another five years on, I'm still on the pill, and I'm still mostly spot free - but there are multiple small scars all over my chin from where my acne used to be. 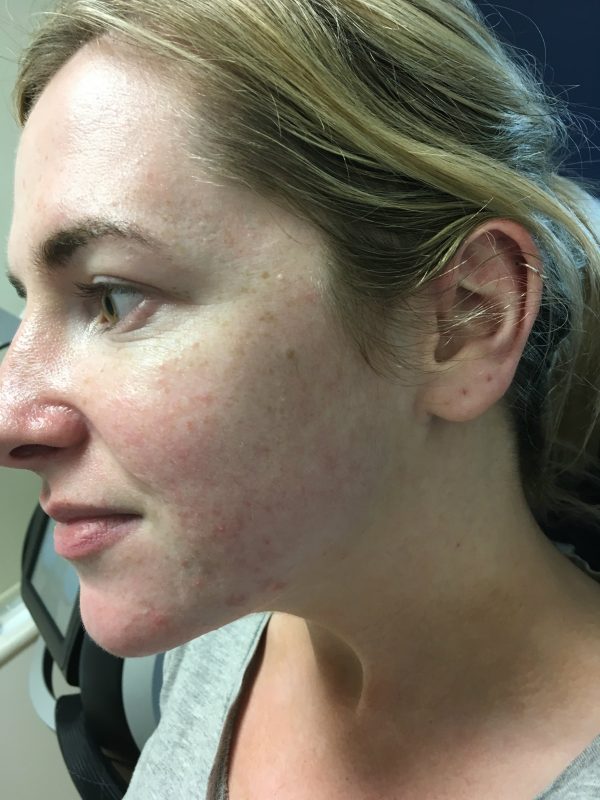 Before photo: Most notable area of acne scarring on chin
Advertisement

They're nothing major, I know, but when I look at people with glowing complexions and not a mark on their faces; I wish I had that. 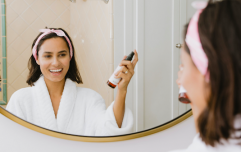 END_OF_DOCUMENT_TOKEN_TO_BE_REPLACED

So, when an opportunity arose for me to get laser treatment for acne scarring I jumped at it.

While being completely apprehensive of the treatment (what about the pain or what if it went wrong?!) I knew this was something I've wanted to do since I was 18 - so I booked my appointment for a consultation with FADE - a laser clinic that specialises in tattoo removal and skin rejuvenation.

I met the lovely Shauna when I first walked into the clinic and she totally put me at ease. She explained the ins and outs of the treatment - what it will involve, what the side effects are, and how long it will take to complete.

Afterwards, she took me into the laser room and performed a patch test to make sure I didn't have a bad reaction to the treatment.

I didn't - so, the next week I went back to FADE Laser and had my first all-over facial rejuvenation treatment. 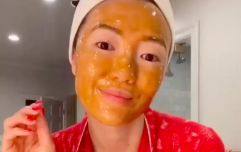 END_OF_DOCUMENT_TOKEN_TO_BE_REPLACED

No. It was totally bearable. I have a ~*medium*~ pain threshold but it felt like a few small pin pricks and in some places I just felt heat. My nose was probably the most sensitive, but it really wasn't painful at all and I was happily surprised.

How long did it take?

The treatment took around 30 minutes in total - however, between chatting to Shauna and completing my first treatment I was around 45 mins in FADE.

At first I was really red - I went into Boots straight after to stock up on SPF 50 and aloe vera, and the woman behind the till thought I was sunburnt. However, by the time I got the bus and arrived at home the redness had faded and I was back to normal again. 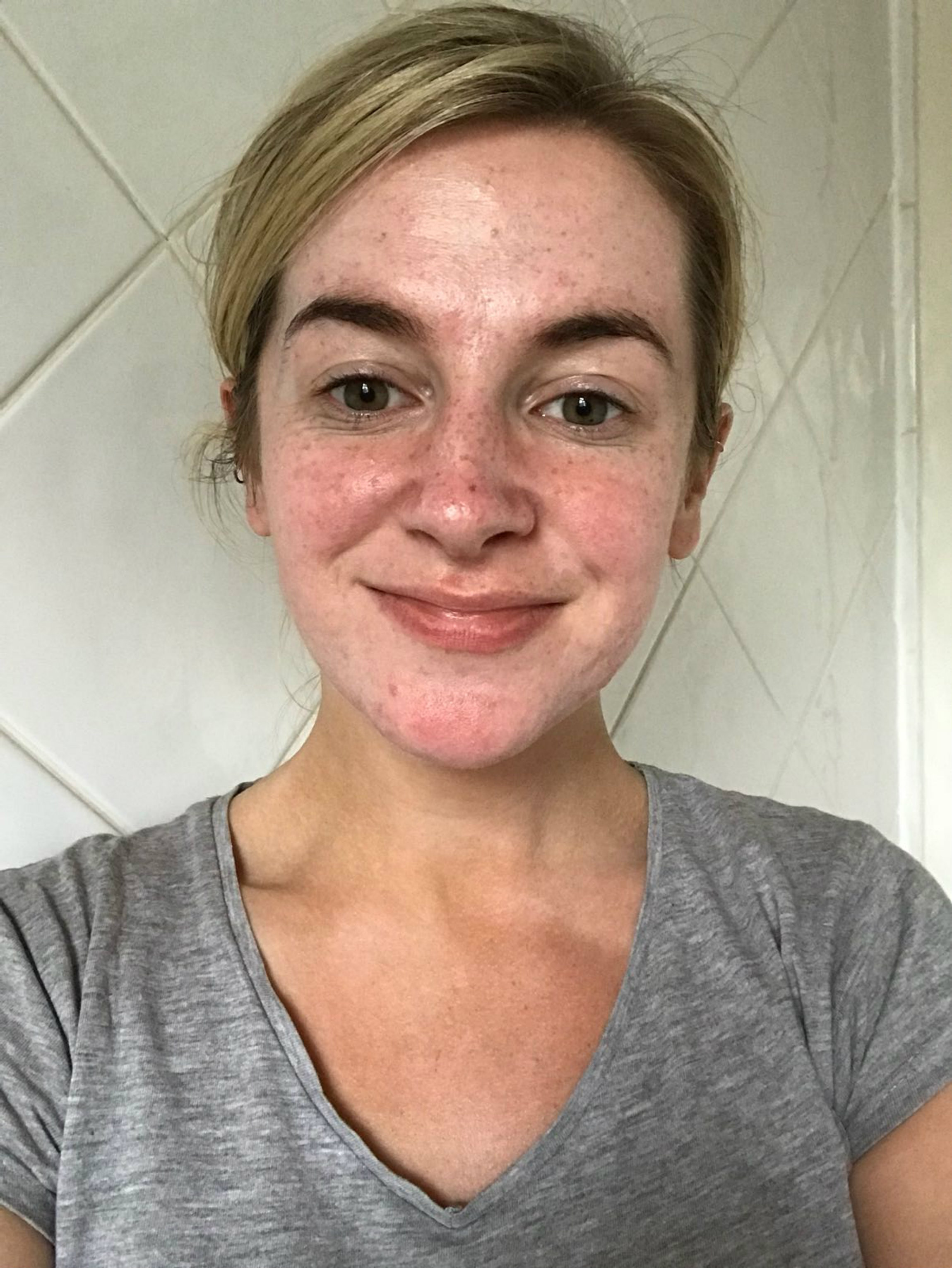 Were there any side effects?

Shauna explained to me that I might be red for 3-10 days, my pigmentation will increase meaning my freckles (and any other marks on my skin) will get darker, and I would be itchy.

Thankfully there was not much redness at all after the first day, however IT. WAS. SO. ITCHY. Nothing unbearable and I refrained from going 90, but it was just so God damn itchy (it stopped after three days).

Can you wear make-up afterwards?

You can wear make-up two hours after the treatment, however I left mine off for the entire weekend. I just wanted my skin to breathe and didn't want to have an overload of cleanser, toner, moisturiser, SPF and aloe vera on my face, as well as primer and foundation.

*However* everyday you have to wear SPF 50, and aloe vera helps for calming the skin down if it's red and/or sensitive.

Why did I get it done?

I've always said I want to be 100 percent comfortable going out of the house without make-up - because right now I certainly am not. Even the pictures in this piece are giving me heart failure.

While my confidence has built over the years, I'm still not happy with my patchy skin and want to change that. 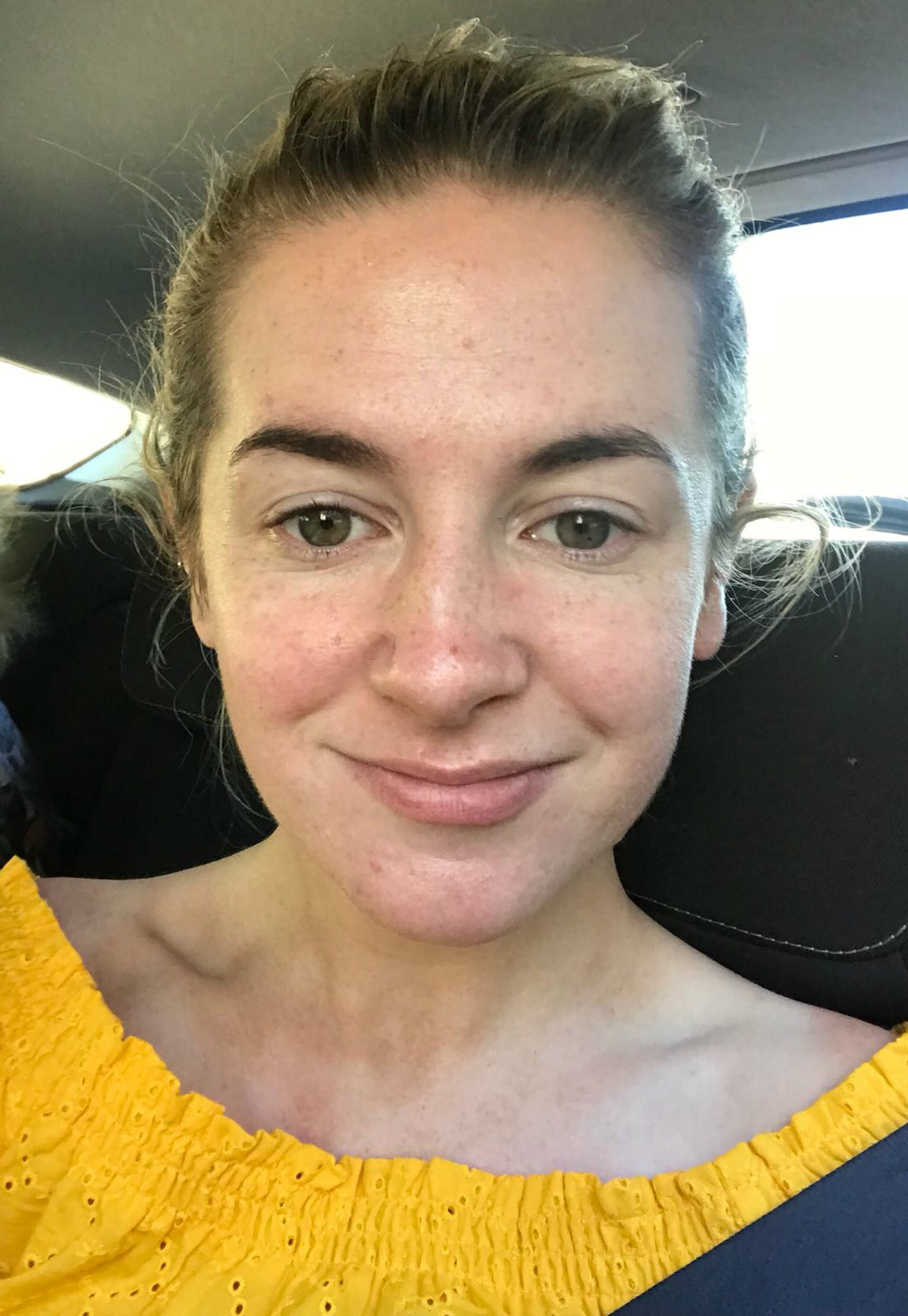 I have to complete four sessions of laser treatment to get the best possible results. Each treatment will be carried out 6 weeks between each other, so it'll be a couple of months before I'm fully finished.

However, I can already recognise some differences on my skin with certain areas evening out and my natural redness is also calming down.

I will be writing about my journey over the next few months, where I will include all the info about FADE laser treatments.

Olivia was invited to try the FADE laser skin rejuvenation treatment on a complimentary basis. Her review, however, is entirely editorially independent and FADE Laser had no control over or input into this article.

Girls With Goals || Her · Ep.161: Feeling Peachy - Sharon Keegan of Peachylean on being an absolute BOSS!
popular
Harry Styles accepts BRIT for Best British Single - with American accent
Woman buys 148 year old house, goes viral after finding secret passage way
Is that Seth Rogen without a beard?
Nine-year-old boy dies after being struck by lightning in UK
9 Dublin restaurants with outdoor dining we've already booked a table for
Lewis Capaldi muted by BRITs during chaotic, swear-y speech
Penneys issues statement after shoppers try to sell appointments for €100
You may also like
10 months ago
6 steps for treating acne in adulthood, according to a skin therapist
1 year ago
Research looked at the effect acne had on people growing up - and it's not good
1 year ago
Peel off foundation is here to cure all of your acne woes
1 year ago
Woman finds the weirdest, most bizarre way to get rid of her spots
1 year ago
Man breaks up with woman because she covered her acne with makeup
2 years ago
This €30 foundation is a gamechanger if you suffer from acne
Next Page