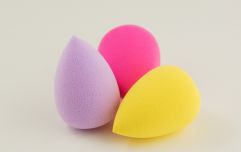 END_OF_DOCUMENT_TOKEN_TO_BE_REPLACED

Of course, there will always be people who have an issue with diversity and we recently saw this on Twitter when someone criticised Manny for wearing makeup.

Matt Walsh posted a picture of Manny in some flawless makeup and said: ''Dads, this is why you need to be there to raise your sons,'' presumably implying that without a man around the house, young men will start wearing make-up.

Dads, this is why you need to be there to raise your sons. pic.twitter.com/8ybirgppKi

Funnily enough though, Manny's dad is around, and he actually works for his son, who's career is growing rapidly.

Manny simply replied, 'My dad actually works for me and is SO PROUD of me.'

My dad actually works for me and is SO PROUD of me 🤗😉 sorry bout it https://t.co/H3Wt7fpB5F 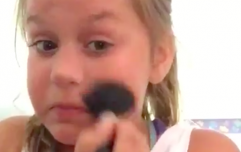 END_OF_DOCUMENT_TOKEN_TO_BE_REPLACED

As if this wasn't enough of an incredible comeback, The MUA's father, Manny Senior sent his son a text in regards to the hateful message from Matt Walsh.

His dad wrote a message to Walsh and asked Manny to share it on social media.

The heartfelt message stated, 'I know the words you speak are from a lack of knowing anybody from the LGBT community. If you did, you would realise they are some of the most real and kind-hearted individuals that walk this planet.'

My dad is a fucken SAVAGE, I can't with him ❤️ pic.twitter.com/iWceEmZ6L4

popular
He may be a politician, but Leo Varadkar's personal life is none of our business
EastEnders' Samantha Womack "thankful" as she is now cancer-free
Parents told to stop buying selection boxes for kids- here's why
Amber Heard appeals 'chilling' $10.3 million Johnny Depp verdict
This Netflix Christmas film is being dubbed the perfect rom-com
Mollie King shares how her daughter's middle name honours her late father
TOWIE's Billie Faiers welcomes baby girl
You may also like
5 months ago
Fans say Ekin-Su has cemented herself a place in Love Island hall of fame after terrace antics
5 months ago
Exam board stands by ‘inappropriate’ Leaving Cert question about body types
6 months ago
Airport passengers left furious as queues stretch all the way to car park
6 months ago
Twitter reacts to Leo Varadkar's super organised fridge
7 months ago
Jameela Jamil quits Twitter after Elon Musk buy out
7 months ago
Tánaiste Leo Varadkar condemns homophobic attack in Dublin City Centre
Next Page