RTÉ broadcaster Aonghus McAnally has revealed that he recently opted for a hair transplant.

McAnally, who is also a musician and producer, explained to Marian Finucane on national radio this morning that he fely he was losing part of his identity when the hair began to thin out.

“Over the last 10 years initially, and in the last five years particularly, the problem just exacerbated a lot. I noticed my hair was thinning and suddenly began to disappear”, he said.

“My hair has always defined me”, McAnally continued.

The presenter, who is best known for his stints on 80s children's show Anything Goes and hugely popular entertainment shows  The Lyrics Board, turns 60 today. 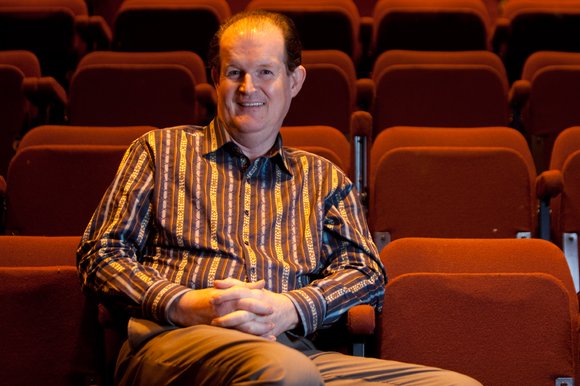 He went on to say that we was able to afford the surgery, which cost "thousands of euro", after the death of his beloved mother. He explained he received "A lovely wind fall from my mother who I am sure would be looking down on me saying 'there ya are now son. Don’t say I never do anything for you'."

Now, a number of weeks after the surgery, McAnally said his confidence has improved greatly. “I suddenly felt much younger. I felt fresher, I felt happier and I don’t think you could put a price on how that makes you feel”.

popular
Claire Byrne Live viewers in shock as woman shares family DNA secret
An ode to Derry Girls
Gogglebox fans show an outpour of support for star after hospital picture
WATCH: We finally have a trailer for Jennifer Lopez's Netflix documentary
Sex educator Jenny Keane is back to answer more of your sex and pleasure questions
Man behind Marilyn Monroe dress says letting Kim Kardashian wear it was a "big mistake"
Teenager dies in sand collapse after digging hole on beach
You may also like
2 days ago
Conversations With Friends tackles sexuality the way Normal People tackled sex
1 month ago
RTÉ's Eileen Whelan on "stressful" IVF journey
1 month ago
Claire Byrne back in the shed as she tests positive for Covid-19 again
1 month ago
Eamon Ryan to propose shorter showers and less driving to curb energy costs
1 month ago
Viewers in shock after 'psychopath test' on Tommy Tiernan show
2 months ago
RTÉ Prime Time viewers praise reporters for Ukraine coverage
Next Page