The study reveals that the average woman spends £37 (€44) a month on both styling products and tools, visits to the hairdresser and accessories.

Sacha Mascolo-Tarbuck, Global Creative Director for TONI&GUY, which commissioned the research to mark the salons’ 50th anniversary, said "Hairstyle and colour is important to many women, and that is reflected in the amount of money they are willing to spend on it.

"It might not seem like a huge amount each time you buy something for your hair or go to a salon, but when you add it up over a few years, it’s really quite staggering.

"But you can’t beat that feeling of walking out of the salon with a brand new style or colour – regardless of how much it has cost you.

"And many of the women polled said they are happy to spend whatever it takes to make sure their hair looks good and to keep up with the latest hair trends." 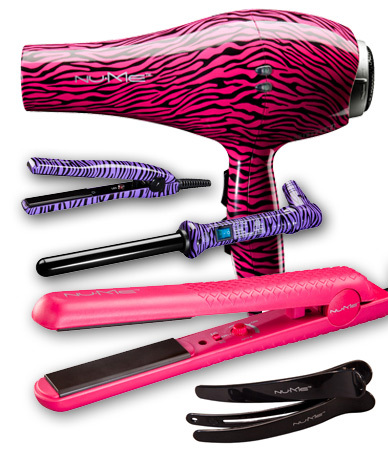 2,000 women took part in the study which revealed that trips to the hairdresser were responsible for most of the expense. 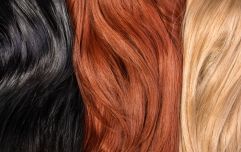 END_OF_DOCUMENT_TOKEN_TO_BE_REPLACED

However despite the massive spend, 83% of women see every penny they spend on their locks as money well spent.

Almost six in ten would be willing to part with however much cash it takes to keep their hair looking its best.

17% of women admit their partner has moaned about the amount of money they spend on their hair, with 16% even rowing over it.

The research also found that four in ten women prefer to keep up with current trends and change their look regularly rather than sticking to the same look each time.

popular
Curtain bangs are trending - here's everything you need to know
'Beard-baiting' is now apparently a dating trend - and we're all for it
Will there be a second season of Gilmore Girls: A Year In The Life? Here's what we know
Kate Middleton has addressed the rumours that she's pregnant with her fourth child
Cristiano Ronaldo has been called 'racist' for his latest Instagram post
QUIZ: How well do you really remember the first episode of Sabrina The Teenage Witch?
15 tattoo ideas you'll adore if you love the sea
You may also like
5 years ago
In The Pink! Cara Delevingne is Sporting a Dramatic New Look
5 years ago
PICTURE: Lily Allen Debuts A Very Colourful New 'Do!
5 years ago
Have You Been Washing Your Hair Wrong? Here's The Secret To Shiny Tresses
5 years ago
Father of the Year! Check Out What One Adorable Dad Did for His Little Girl
5 years ago
Tried And Tested: Keratin Complex 90 Day Treatment
5 years ago
Body Beautiful – Three New Beauty Buys to Try This Week
Next Page