Summer is starting to wind down.

We know, we're not quite ready to let it go yet - or, at least, we've got our fingers crossed the warmer temperatures will return for a little longer.

But there's still plenty of time for one last mini-break or lazy beach days- and what better thing to bring along than a good book?

END_OF_DOCUMENT_TOKEN_TO_BE_REPLACED

If you're looking for that perfect final summer read, we've got some good news: Barack Obama has shared his annual summer reading list.

Earlier this week, the former US president shared a list of books he has been reading over the last few months - beginning with the work of the late Nobel Prize-winning author, Toni Morrison.

"To start, you can't go wrong by reading or re-reading the collected works of Toni Morrison. Beloved, Song of Solomon, The Bluest Eye, Sula, everything else — they're transcendent, all of them.

"You’ll be glad you read them. And while I’m at it, here are a few more titles you might want to explore."

You can find the rest of the books on his list below.

The Nickel Boys by Colson Whitehead 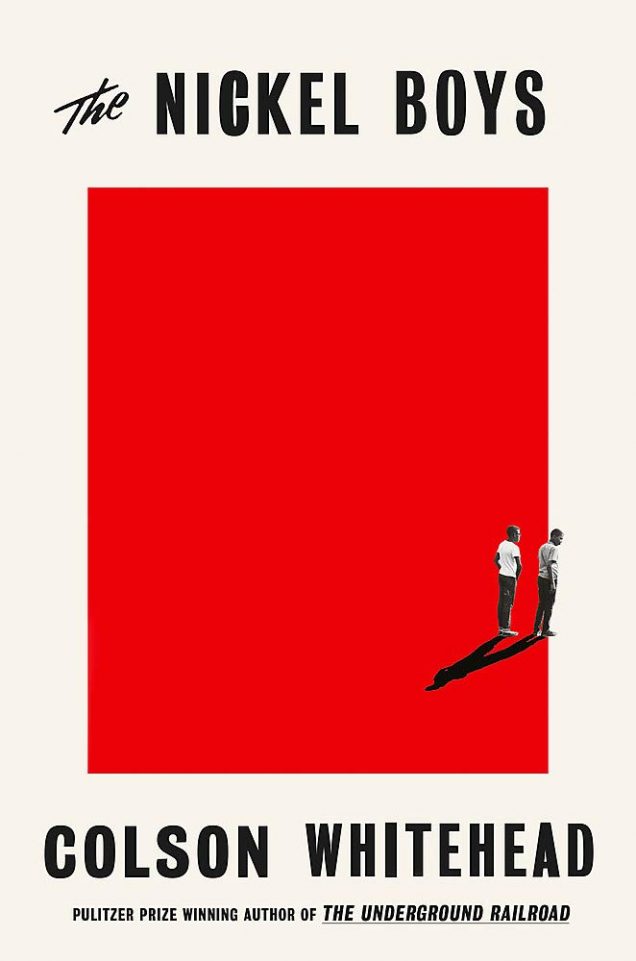 Elwood Curtis has taken the words of Dr Martin Luther King to heart: he is as good as anyone. Abandoned by his parents, brought up by his loving, strict and clearsighted grandmother, Elwood is about to enroll in the local black college. But given the time and the place, one innocent mistake is enough to destroy his future, and so Elwood arrives at The Nickel Academy, which claims to provide 'physical, intellectual and moral training' which will equip its inmates to become 'honorable and honest men'.

END_OF_DOCUMENT_TOKEN_TO_BE_REPLACED

In reality, the Nickel Academy is a chamber of horrors, where physical, emotional and sexual abuse is rife, where corrupt officials and tradesmen do a brisk trade in supplies intended for the school, and where any boy who resists is likely to disappear 'out back'. Stunned to find himself in this vicious environment, Elwood tries to hold on to Dr King's ringing assertion, 'Throw us in jail, and we will still love you.' But Elwood's fellow inmate and new friend Turner thinks Elwood is naive and worse; the world is crooked, and the only way to survive is to emulate the cruelty and cynicism of their oppressors.

The tension between Elwood's idealism and Turner's skepticism leads to a decision which will have decades-long repercussions. 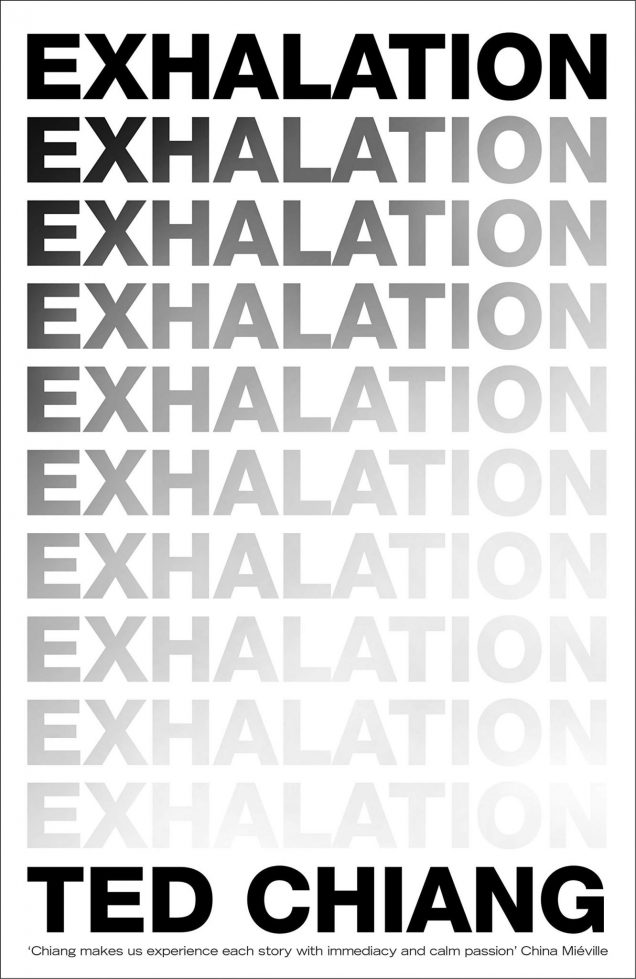 Exhalation is a collection of nine stunningly original, provocative, and poignant stories.

In ‘The Merchant and the Alchemist’s Gate’, a portal through time forces a fabric-seller in ancient Baghdad to grapple with past mistakes and the temptation of second chances. In the epistolary ‘Exhalation’, an alien scientist makes a shocking discovery with ramifications not just for his own people, but for all of reality.

And in ‘The Lifecycle of Software Objects’, a woman cares for an artificial intelligence over twenty years, elevating a faddish digital pet into what might be a true living being. Also included are two previously unpublished stories: ‘Omphalos’ and ‘Anxiety Is the Dizziness of Freedom’. 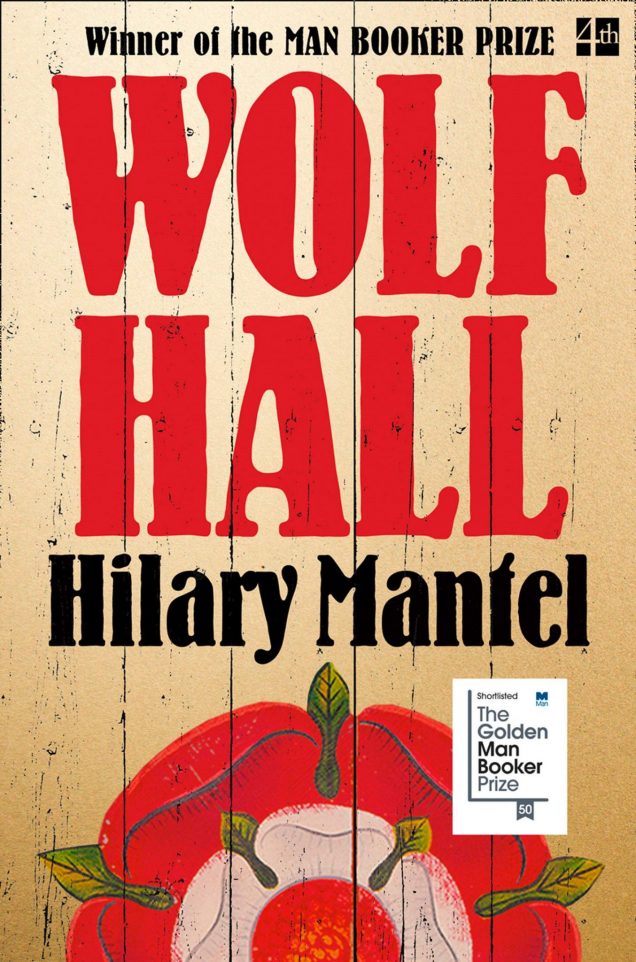 England, the 1520s. Henry VIII is on the throne, but has no heir. Cardinal Wolsey is his chief advisor, charged with securing the divorce the pope refuses to grant. Into this atmosphere of distrust and need comes Thomas Cromwell, first as Wolsey's clerk, and later his successor.

Cromwell is a wholly original man: the son of a brutal blacksmith, a political genius, a briber, a charmer, a bully, a man with a delicate and deadly expertise in manipulating people and events. Ruthless in pursuit of his own interests, he is as ambitious in his wider politics as he is for himself. His reforming agenda is carried out in the grip of a self-interested parliament and a king who fluctuates between romantic passions and murderous rages.

With a vast array of characters, and richly overflowing with incident, it peels back history to show us Tudor England as a half-made society, moulding itself with great passion, suffering and courage. 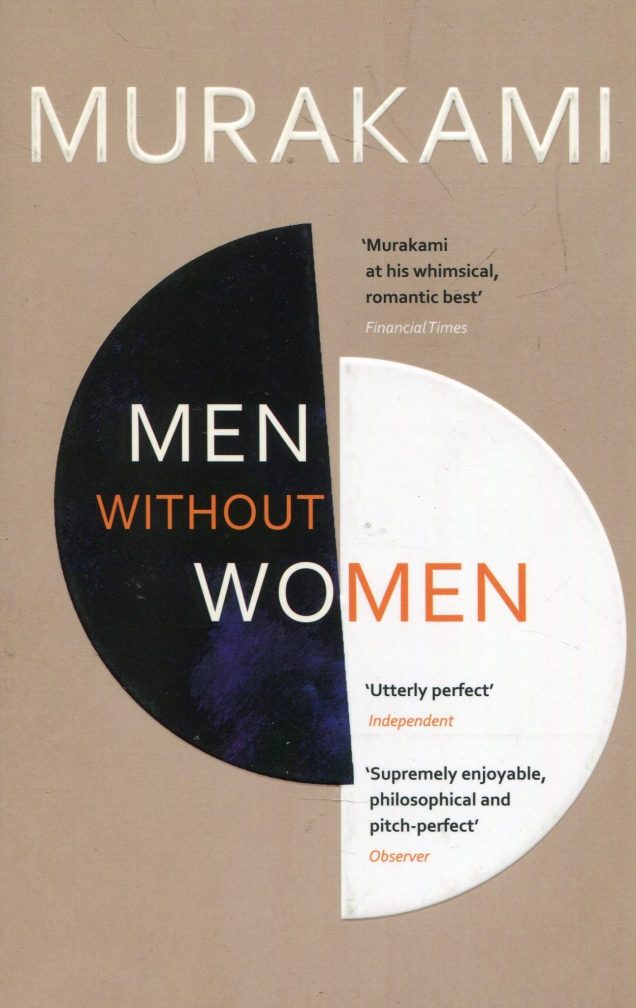 Across seven tales, Haruki Murakami brings his powers of observation to bear on the lives of men who, in their own ways, find themselves alone. Here are vanishing cats and smoky bars, lonely hearts and mysterious women, baseball and the Beatles, woven together to tell stories that speak to us all.

Marked by the same wry humour that has defined his entire body of work, in this collection Murakami has crafted another contemporary classic. 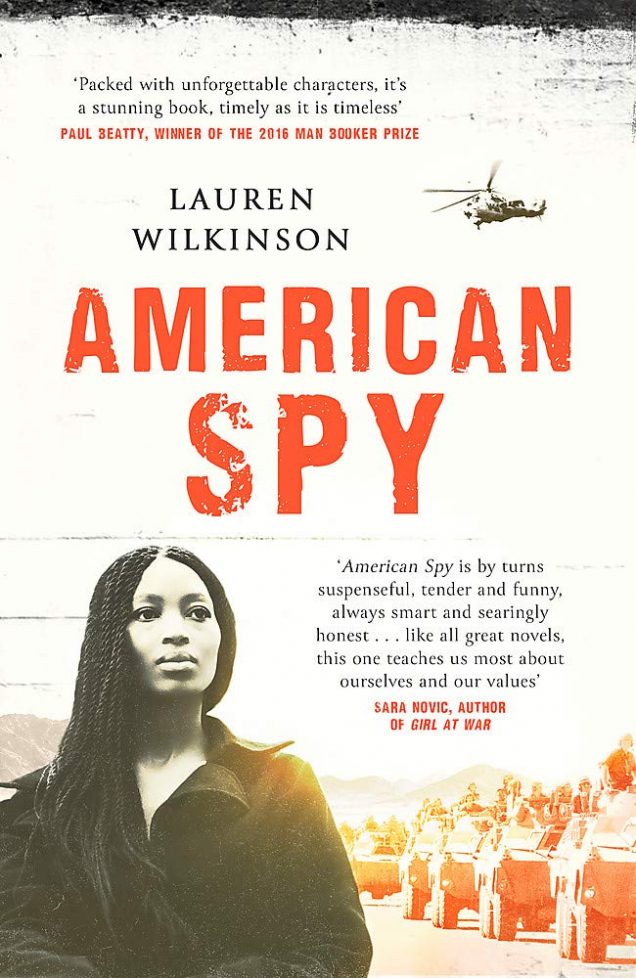 It's 1986, the heart of the Cold War. Marie Mitchell is an intelligence officer with the FBI. She's brilliant and talented, but she's also a black woman working in an all-white boys' club, and her career has stalled with routine paperwork - until she's recruited to a shadowy task force aimed at undermining Thomas Sankara, the charismatic, revolutionary president of Burkina Faso, whose Communist ideology has made him a target for American intervention.

In the year that follows, Marie will observe Thomas, seduce him, and ultimately, have a hand in the coup that will bring him down. But doing so will change everything she believes about what it means to be a spy, a lover, and a good American.

The Shallows by Nicolas Carr 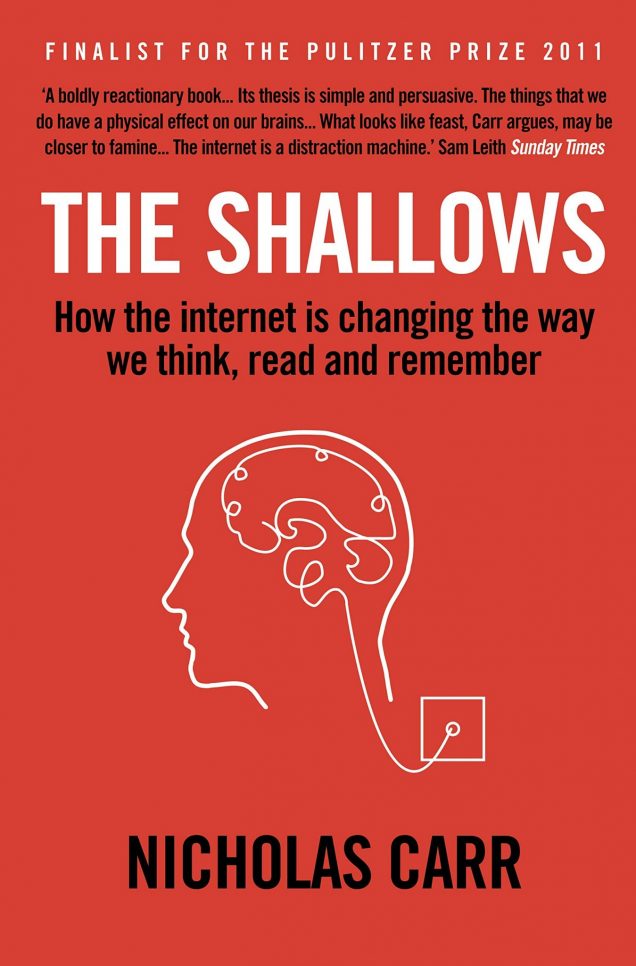 In this ground-breaking and compelling book, Nicholas Carr argues that not since Gutenberg invented printing has humanity been exposed to such a mind-altering technology. The Shallowsdraws on the latest research to show that the Net is literally re-wiring our brains inducing only superficial understanding. As a consequence there are profound changes in the way we live and communicate, remember and socialise - even in our very conception of ourselves. By moving from the depths of thought to the shallows of distraction, the web, it seems, is actually fostering ignorance.

The Shallows is not a manifesto for luddites, nor does it seek to turn back the clock. Rather it is a revelatory reminder of how far the Internet has become enmeshed in our daily existence and is affecting the way we think. This landmark book compels us all to look anew at our dependence on this all-pervasive technology. 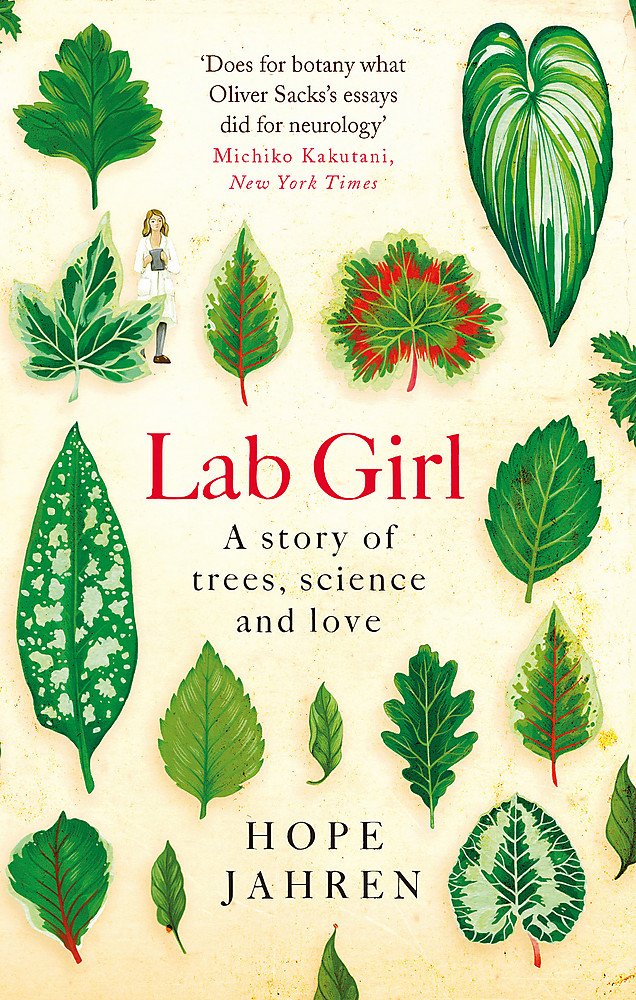 Lab Girl is a book about work and about love, and the mountains that can be moved when those two things come together.

It is told through Jahren's remarkable stories: about the discoveries she has made in her lab, as well as her struggle to get there; about her childhood playing in her father's laboratory; about how lab work became a sanctuary for both her heart and her hands; about Bill, the brilliant, wounded man who became her loyal colleague and best friend; about their field trips - sometimes authorised, sometimes very much not - that took them from the Midwest across the USA, to Norway and to Ireland, from the pale skies of North Pole to tropical Hawaii; and about her constant striving to do and be her best, and her unswerving dedication to her life's work. 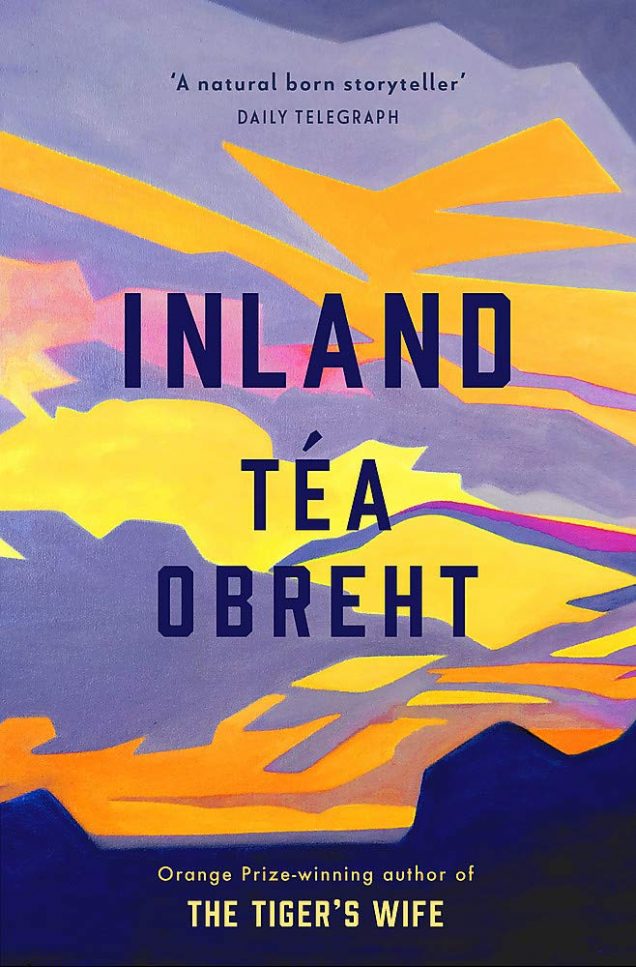 Nora is an unflinching frontierswoman awaiting the return of the men in her life, biding her time with her youngest son - who is convinced that a mysterious beast is stalking the land around their home - and her husband's seventeen-year-old cousin, who communes with spirits.

Lurie is a former outlaw and a man haunted by ghosts. He sees lost souls who want something from him, and he finds reprieve from their longing in an unexpected relationship that inspires a momentous expedition across the West.

Mythical, lyrical, and sweeping in scope, Inland is grounded in true but little-known history. It showcases all of Téa Obreht's talents as a writer, as she subverts and reimagines the myths of the American West, making them entirely - and unforgettably - her own.

How to Read the Air by Dinaw Mengestu 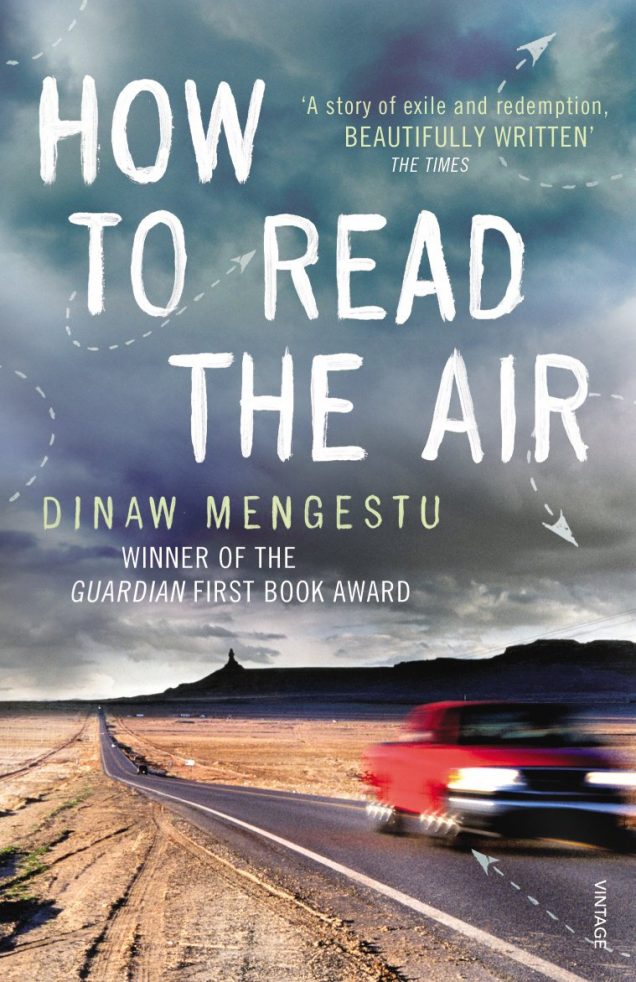 Jonas, fresh from a failed marriage, is desperate to make sense of the ties that have forged him. How can he dream of a future when he can't make sense of his past? He hits the road, tracing the route that his parents - young Ethiopians in search of an identity as an American couple - took thirty year earlier to Nashville, Tennessee.

In a stunning display of imagination he weaves together a history that takes him from the war-torn Ethiopia of his parents' youth to a brighter vision of his own life in contemporary America, a story - real or invented- that holds the possibility of reconciliation and redemption. 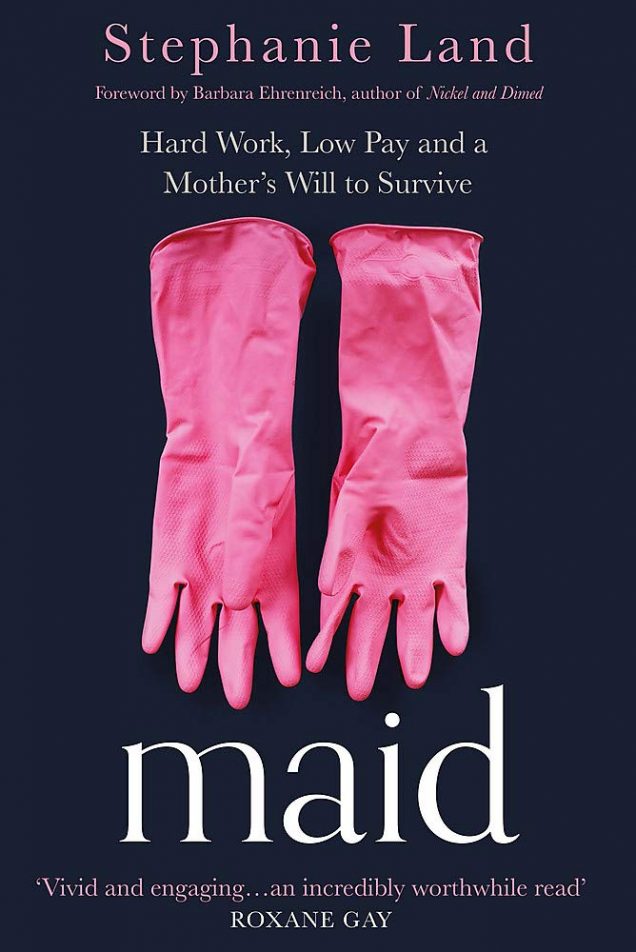 As a struggling single mum, determined to keep a roof over her daughter's head, Stephanie Land worked for years as a maid, working long hours in order to provide for her small family. In Maid, she reveals the dark truth of what it takes to survive and thrive in today's inequitable society.

As she worked hard to climb her way out of poverty as a single parent, scrubbing the toilets of the wealthy, navigating domestic labour jobs as a cleaner whilst also juggling higher education, assisted housing, and a tangled web of government assistance, Stephanie wrote. She wrote the true stories that weren't being told. The stories of the overworked and underpaid.

Written in honest, heart-rending prose and with great insight, Maid explores the underbelly of the upper-middle classes and the reality of what it's like to be in service to them. 'I'd become a nameless ghost,' Stephanie writes. With this book, she gives voice to the 'servant' worker, those who fight daily to scramble and scrape by for their own lives and the lives of their children.

popular
Kylie Jenner fans are convinced she just announced her son's name
Wagatha Christie: Rebekah Vardy storms out of court just 30 minutes into final day
Claire Byrne viewers heartbroken after Des Cahill recalls "parent's worst nightmare"
WHO advisor identifies possible source of Monkeypox outbreak
WATCH: People are losing it over clip of Kendall Jenner trying to climb stairs at Kourtney's wedding
The hottest weekend of the year is only a matter of days away
Bonnie Ryan shares more details from Italian wedding
You may also like
3 months ago
WATCH: The trailer for Conversations with Friends is finally here
3 months ago
The first photos from Conversations with Friends are here - and it looks incredible
5 months ago
Vogue Williams is writing a children's book
5 months ago
A TV adaption of One Day is coming to Netflix
7 months ago
Evanna Lynch opens up about her eating disorder in new memoir
8 months ago
Netflix to adapt Matilda and Charlie and the Chocolate Factory in huge Roald Dahl deal
Next Page