There is more bad news for Twitter today as it has emerged that more than 33 million account passwords have been made available on the dark web.

According to LeakedSource, a database is being sold for about 10 bitcoins or about €5,000. The database contains 32,880,300 Twitter credentials and is for sale by a person identified by the alias Tessa88.

LeakedSource is a search engine capable of searching over 1.8 billion leaked records and allows users to check which of their social media accounts have been hacked by entering their username HERE. 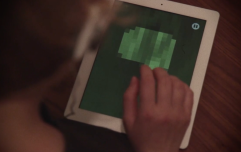 END_OF_DOCUMENT_TOKEN_TO_BE_REPLACED

None of the passwords in the latest leak are encrypted which leads LeakedSource to believe the passwords were obtained by Malware.

"The explanation for this is that tens of millions of people have become infected by malware, and the malware sent every saved username and password from browsers like Chrome and Firefox back to the hackers from all websites including Twitter," they wrote in a blog post.

Twitter are aware of the breach of security but are confident their systems have not been hacked.

To help keep people safe and accounts protected, we've been checking our data against what's been shared from recent password leaks.

Users are advised to choose difficult passwords that utilise letters, numbers and symbols. They are also advised never to use the same password twice.

popular
Baby dies next to mother who drank 'two or three' bottles of wine then fell asleep
Love Island's Zara's brother reveals the real beef going on between her and Olivia
Molly Mae: "Thank you for entering this world safely for us"
Suzanne Jackson praised for ultimate Dancing With The Stars comeback
Abigail Breslin marries longtime love Ira Kunyansky
Funeral of Cork toddler takes place after choking accident
It's a girl! Molly Mae has given birth to her first child
You may also like
4 months ago
"Home alone" – Prince Louis memes are taking over the internet
5 months ago
Andrew Tate has – finally – been banned from Facebook and Instagram
6 months ago
Sonya Lennon reveals ‘judgement’ her daughter, 17, experienced when buying pregnancy test
6 months ago
Here's how to make Hailey Bieber's TikTok famous Strawberry Glaze Skin Smoothie
7 months ago
Mass in Mayo church goes viral after spooky incident happens over livestream
7 months ago
People on TikTok are making 'healthy Coke' with just two ingredients
Next Page