Over the coming weeks we'll be interviewing each of the eleven finalists taking part in The AIB Start-Up Academy. This week we caught up with Dave McGeady, managing director of Wyldsson, to find out what it's like to be part of an Irish start-up and the key pieces of advice he has been given so far in her career.

Wyldsson makes clean, healthy trail mixes, muesli and nut butters using the very best ingredients from all around the world.

The company sells directly from its factory via its webstore, and ships to wherever its customers are based. Customers include pro footballers, rugby players, NBA basketballers, Olympians, pro golfers and sailors.

END_OF_DOCUMENT_TOKEN_TO_BE_REPLACED

What prompted you to start your business?

I lost my job! And there really weren’t many jobs going. This whole thing started off as a bit of a project to keep me sane while I was updating my CV and trying to line up interviews. But I started to get really into it. Obsessed by it even. So one day I just decided to stop sending out CVs and committed to it!

Why did you choose to go into the food industry? What research did you undertake before starting out?

The food industry is broken. It’s stuck in the formula of using TV advertising to convince us to buy cheap, heavily processed, sweetened foods which we now know are making us sick and fat. There’s a huge opportunity here for somebody to offer healthier alternatives. 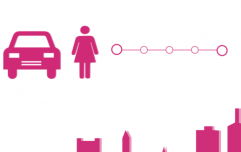 END_OF_DOCUMENT_TOKEN_TO_BE_REPLACED

The first thing I did was to check if I could actually make mixes of nuts, seeds and fruit that did genuinely taste great. It wasn’t easy. But I started finding really interesting ingredients like mulberries, pomegranate and goldenberries. They actually did taste great.

So that was really the starting point. But it was a long time before I actually was selling anything - I spoke to loads of nutritionists, mentors, industry experts etc. It was a long road!

What did you do to make you stand out from the competition?

We decided to draw a line in the sand, and not use anything that contains sweeteners. 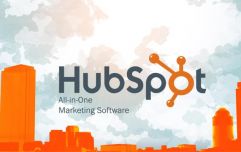 320 New Jobs In Dublin Announced By US Company Hubspot

END_OF_DOCUMENT_TOKEN_TO_BE_REPLACED

So instead we sourced really interesting ingredients that nobody else was using like organic Persian mulberries, Californian pomegranate and organic bananas all the way from Ecuador.

What is your USP? How did you decide to market your USP?

We decided to try and make something that was so good that our customers would tell other people about it. Before we launch any new product, we ask ourselves “Is it remarkable? Would you tell your friends about it?”

What has been your biggest barrier since starting up Wyldsson?

Keeping up with demand has been a huge challenge. We’ve been flat out for the last year. We’ve just invested in some bigger machinery though, so we’re now just about getting on top of it! 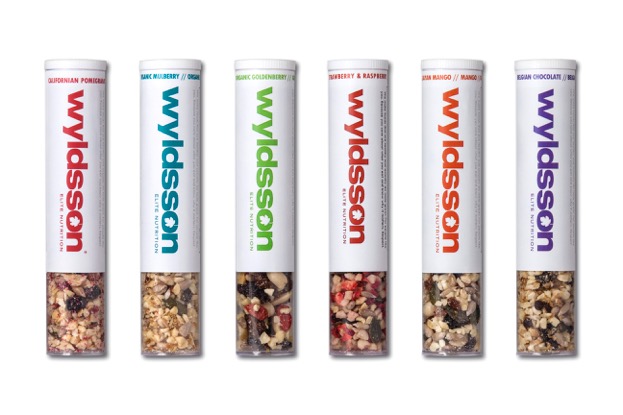 Have you had many mentors? What has been the best advice they have given you?

Mentors are really important. I’ve never been afraid to look for help. People like David McKernan of Java Republic, Ciaran Crean of MicksGarage.com, Colin Byrne (Ernie Els’ caddy) and John Teeling (Cooley Distillery) have all been really generous with their time.

The best advice I’ve had is to make something people want.  It’s as simple as that.

What has been your greatest moment since starting up?

When I was introduced to a friend of a friend at a wedding and they started talking about this great company called Wyldsson.com that all these people had been tweeting about!

Hmm, when I got rejected for a programme for Irish food startups back in 2013. I was absolutely gutted. But I kept going.

What’s the bravest decision you have had to make in business so far?

Taking out a loan to invest in new machinery. It was really scary because I had to give a personal guarantee. But thankfully it worked out.

What are your three pieces of advice you would give to somebody starting off?

What Fortune 500 company would you MOST like to be in charge of?

Whole Foods. I love what they do. The first thing I’d do is set up a bunch of stores in Ireland!

What Fortune 500 company would you least like to be in charge of and why?

What are your “cheats” or “hacks” for making life easier in the business world?

Balance is really important. I probably didn’t have enough in the early days, but I’m much better at looking after myself now. I’ve stopped working weekends and crazy long days.

Who would you prefer to face off with in a fight to the death: Bill Gates or Donald Trump? Keep in mind that the winner keeps the loser’s business…

Ha ha! I’m a lover, not a fighter. That said, I still have a bone to pick with Bill Gates over Windows Vista!

popular
Bride asks for divorce day after wedding following groom's disrespectful cake stunt
Couple decide to live on cruise ship permanently after finding it's cheaper than paying mortgage
Gwen Stefani reportedly pregnant with baby number four
Here's why Nicola Peltz-Beckham's family are suing her wedding planners
These are the most popular names for babies born in February
Woman who earns more than boyfriend 'gets the ick' because she has to pay for everything
Natalie Imbruglia's Torn is actually a cover and the original just isn't the same
You may also like
1 year ago
"I am a sleep enthusiast!" Meet Hannah Murphy – the woman behind ethical Irish bedding company Amurelle
3 years ago
The women behind accessory brand Glitz N' Pieces on how they started their successful business
6 years ago
If You Have An Older iPad, You Might Want To Steer Clear Of The Latest iOS Update
6 years ago
The Meanings Of Our Favourite Emojis Are ALL WRONG
6 years ago
Napster Founder Has Come Up With The Best Idea For Watching New Movie Releases At Home
6 years ago
Revealed: These Are The Top 10 Most Shazamed Songs Of All Time
Next Page