What's that they say about madness and genius being two sides of the same coin?

Sometimes it's the most unlikely of business concepts that prove to be successful, as Laura Armada of Drogheda-based raw juice company The Juice Works has learned.

"I keep meeting experts who tell me I’m mental doing a product that only has a three-day shelf life, that it’s business suicide," she tells us.

No-one has been more surprised by the business's success than Laura herself, for whom juicing was always just something she did in her spare time.

The Barcelona native only began to take it seriously a couple of years ago when her mother back in Spain, who had been healthy all her life, developed breast cancer.

Thankfully the disease was caught on time and tackled early but the treatment left Laura's mum wiped out.

"She dropped down to five stone, she didn’t want to leave the house. My brother and my dad rang me and they said 'Mum is really on her way out'.

"I panicked, I went home and the only thing I knew to do was making juices. I was really into juices myself and I knew that she needed to get high doses of nutrients."

END_OF_DOCUMENT_TOKEN_TO_BE_REPLACED

Within two weeks, her mum saw a very slight improvement. Laura told her to keep juicing.

"Seven months down the line we met down in Malaga and she was like a new person.

"The improvement was incredible and the only thing she did different was that she had been juicing every day twice a day."

END_OF_DOCUMENT_TOKEN_TO_BE_REPLACED

The experience got Laura thinking. Living full time in Co Louth, she already had a background in nutrition and was running her own fitness studio.

She applied to become a juice therapist and trained between Ireland and the UK for two years, learning everything from biology and anatomy to food safety.

Once she was qualified, the plan was to make juices for her established fitness clients in a small kitchen in her gym.

She got to work and was blown away by the demand.

"Within two months it kind of exploded," she says.

"There was people travelling from all over Ireland to buy the juices which I couldn’t really understand at the beginning but I learned that we’re one of the few crowds in Ireland doing raw, untreated (juices)."

Not your average juice

Raw juices, for those of us who aren't fully clued up, are prepared without additives or even any heat and unlike traditional heat-treated fruit juices, they don't lose nutrients during processing.

They also tend to be more vegetable based than traditional juices, meaning a much lower sugar content.

As you might imagine, they're very expensive and time-consuming to make. And they have a shelf life of just three days - which is precisely why so few people in Ireland are producing raw juice. 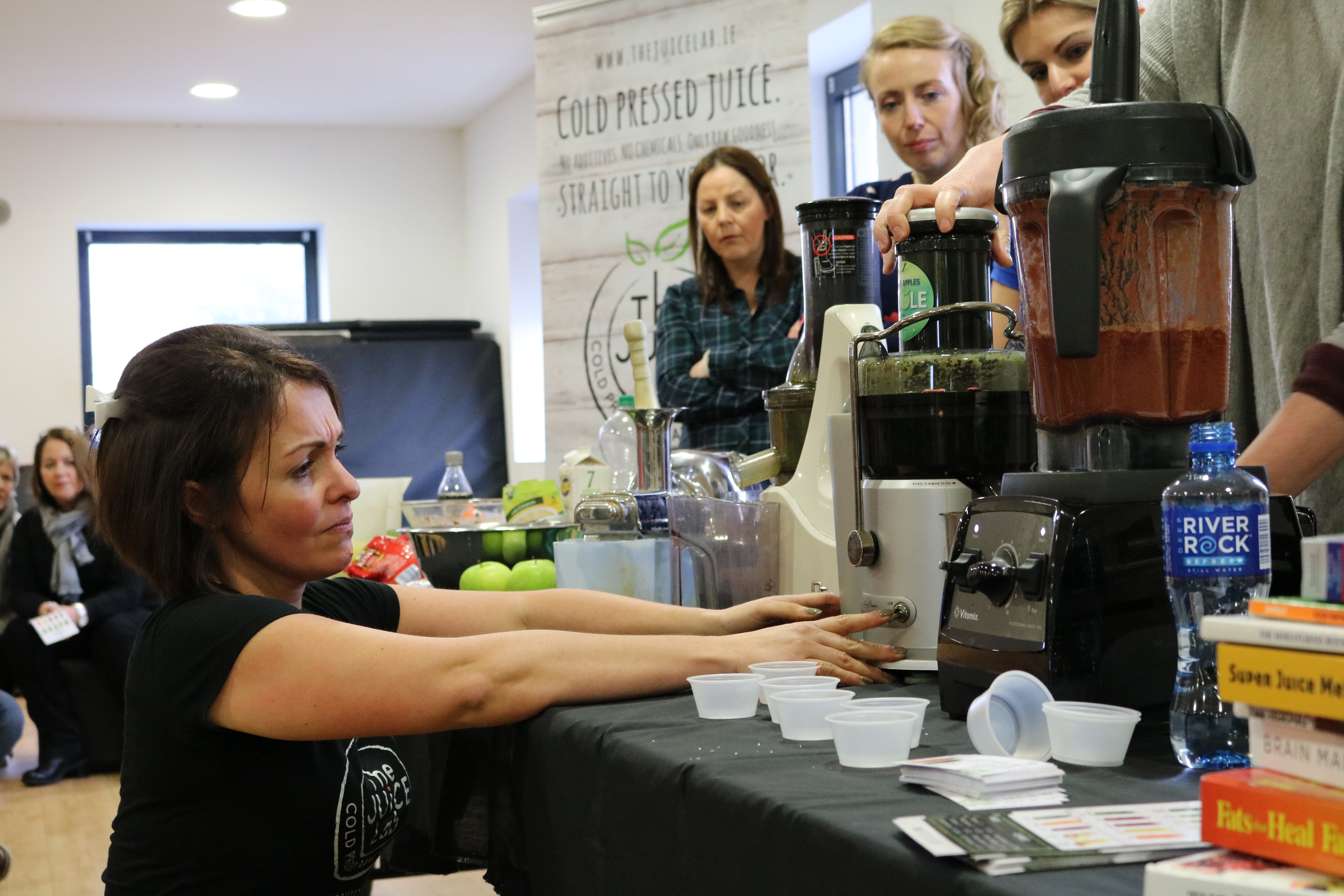 The Juice Works's customer base has since extended beyond fitness and nutrition fanatics.

"People like how convenient it is to drink a drink rather than eat all the food and clean a juicer."

Juicing can be beneficial when you're ill or dealing with a chronic illness, Laura advises, but she's keen to point out that diet should complement a person's treatment plan rather than replace it completely.

"I always say conventional medicine is so needed and so necessary.

"I like to do my own research and go what can I do myself on a natural level and then when I can’t do any more, that’s when I go to my own doctor."

Juicing may seem like a niche trend but Laura insists that Irish people are increasingly looking at their diets in a bid to ward off becoming sick in the first place.

"There are a lot of people looking for alternatives.

"So many of us take our body for granted and we always wait until we’re sick to look after yourself so my approach is 'why wait?'

"Look after yourself while you have your health." 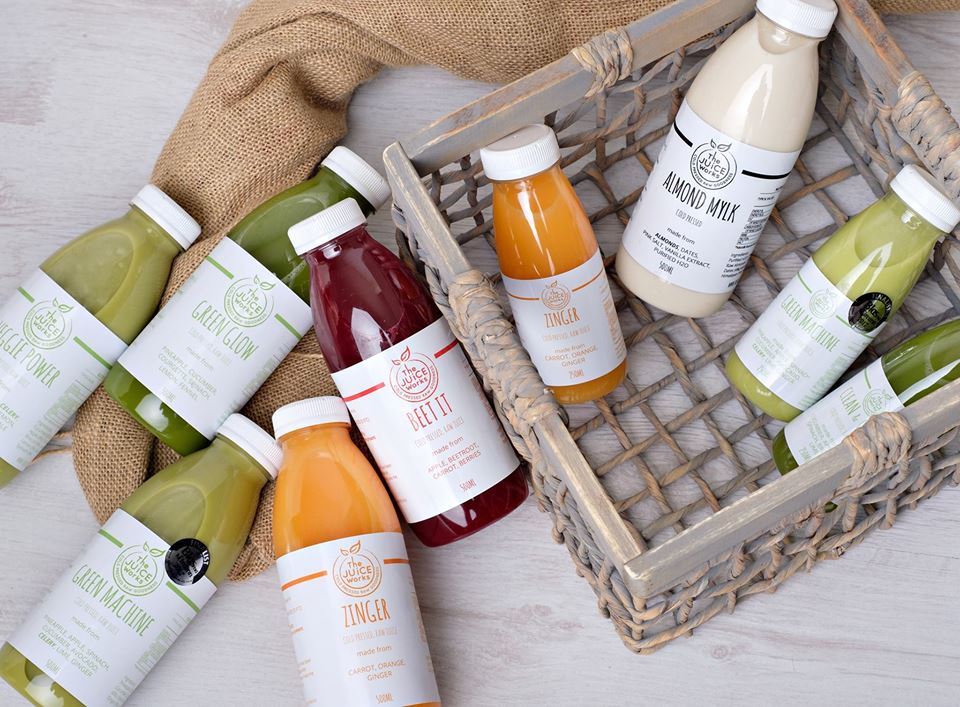 "You have to be ready for loads of obstacles."

As a business, The Juice Works is now at the two-year mark and taking growth step-by-step to ensure that no quality is lost in scaling up.

"We just refuse to compromise, if I did it would defeat the purpose of why I got involved."

Its modest team of three has just moved into a 2,000 square foot premises in Drogheda to keep up with orders.

Customers can place an order one evening and Laura and her team will have the juices made and shipped the next day.

While she has worked for herself for 17 years now, the food industry is a new kettle of fish (or bottle of juice) for Laura.

She admits that she's still learning every day and says food producers have to be prepared to put their lives on hold to make their business work.

"There is no nine to five, no weekends, no summer holidays.

"You have to be ready to make those sacrifices, to answer emails and phone calls at 11 o’clock at night, at six o’clock in the morning. 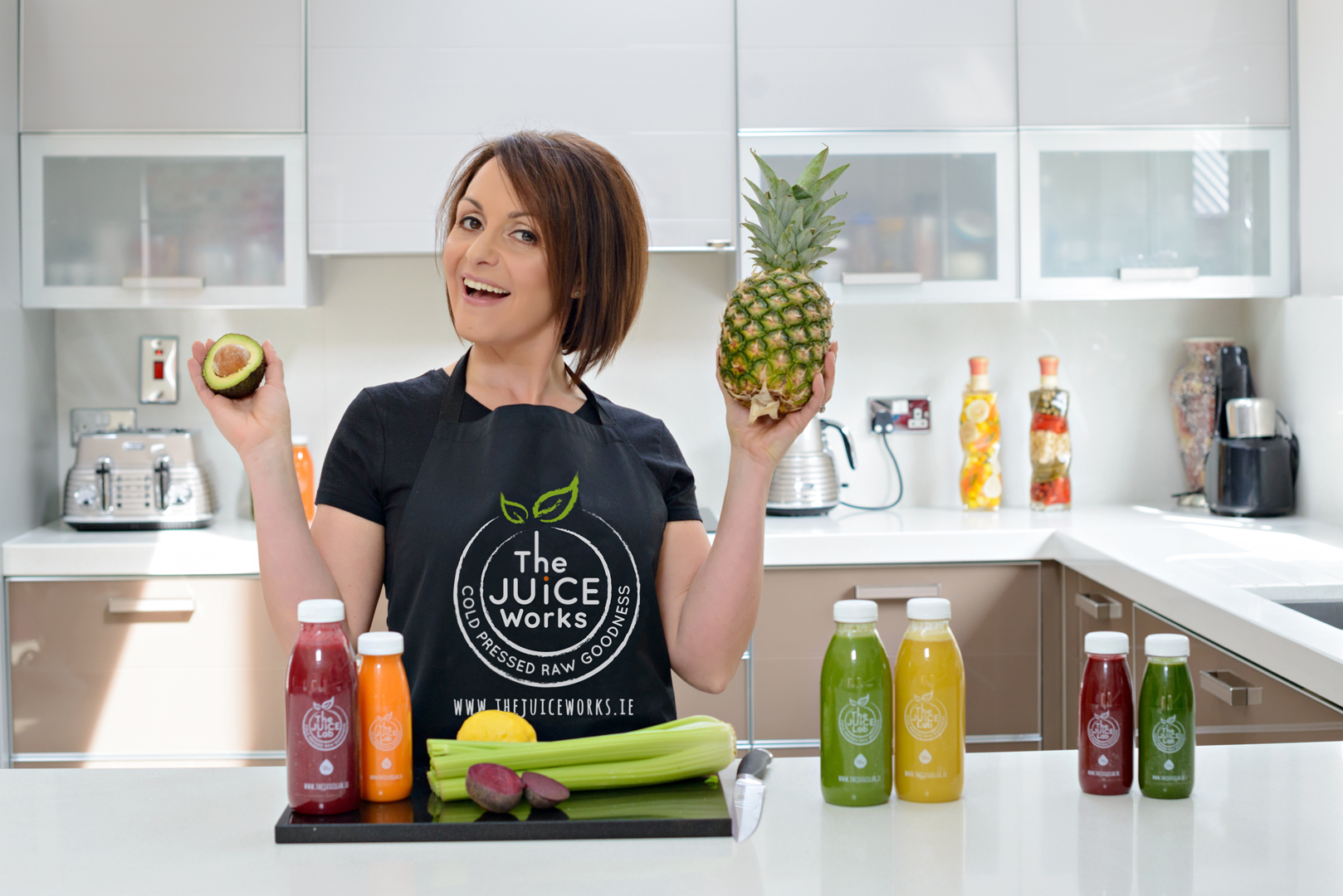 Now established in their new premises, Laura has big plans for the brand. She's working on a range of frozen juices for supermarkets and hopes to expand into raw treats.

A mum to two young children, she refers to The Juice Works as "another one of the kids" and

She says her passion for healthy living is what keeps her going.

"When I go to bed at night I think if only I could inspire one person to be healthier today, I’m happy."

Girls With Goals || Her · Ep.161: Feeling Peachy - Sharon Keegan of Peachylean on being an absolute BOSS!
popular
Britney Spears' dad Jamie says he is "sorry" to see daughter in pain
Woman escorted from Disney World for "inappropriate" top
Top 10 best staycation experiences in Ireland revealed
Will Britney ever be freed?
Aldi's new garden collection includes massive waterpark, slides and 14ft pools
Nearly half of men think 36 is "too old" for women to have a baby in UK
Harry and Meghan reject Archie's royal title because it has 'dumb' in it
You may also like
2 weeks ago
"I am a sleep enthusiast!" Meet Hannah Murphy – the woman behind ethical Irish bedding company Amurelle
3 months ago
The Westbury Hotel in Dublin is offering complimentary headshots for women in business
1 year ago
Here are all of the finalists for this year’s Women In Tech Awards
1 year ago
Nominations for this year's Women in Tech Awards are now open
2 years ago
Hear how our Girls With Goals producer Niamh Maher nabbed her current role in media
2 years ago
The one piece of advice that I heard over and over from successful Irish women this year
Next Page