#MakeAFuss: How one 20-something turned her Depop shop into an IRL fashion destination

"I had thought it was a dream, something I could never really pursue."

Vintage fashion is well and truly having a moment.

Everywhere you look, people are wearing reworked shirts and dresses and showing off one-of-a-kind finds.

END_OF_DOCUMENT_TOKEN_TO_BE_REPLACED

If you’ve watched Girlboss on Netflix, Ruth’s story of a fashion maven's online business might sound a little familiar. But that's where the soft spoken 26-year-old's similarities with the show’s abrasive protagonist Sophia end.

"Maybe this is an actual, viable career path"

A charity shop fanatic, she's forever been rummaging for something unique to wear.

END_OF_DOCUMENT_TOKEN_TO_BE_REPLACED

When she started her own Etsy page in 2012 to sell on some of the best pieces she picked up, she accidentally found a likeminded community of fashion fans.

In a few short years Ruth learned what people wanted to see, familiarised herself with only sales and kept plugging away and her standing in the vintage community ballooned.

She moved to Depop, where her page Moody Blue Vintage amassed over 40,000 followers.

END_OF_DOCUMENT_TOKEN_TO_BE_REPLACED

"The ‘Thanks hun, Penneys’ thing is dying out a bit," she says, explaining that many young people want more than what's on offer from traditional retailers.

"It might have been 2016 where it was making me comparable money (to an ordinary job). It was then that I was like 'maybe this is an actual, viable career path'.

"I had thought it was a dream, something I could never really pursue."

It was in January of 2017 that she decided to move her business offline and into the real world and last September, Finders Keepers was opened.

The move was a milestone but also marked the beginning of a new journey.

Ruth had to learn the ins-and-outs of running a small business overnight.

"The business side of stuff doesn’t come that naturally to me but it’s a learning curve," she says.

"I used to be the sort of person who was terrified to look at my bank account after a night out but I can’t be that person now."

Having a bricks and mortar store has finally put Ruth face-to-face with the people who buy from her and has taught her that the customer is king. 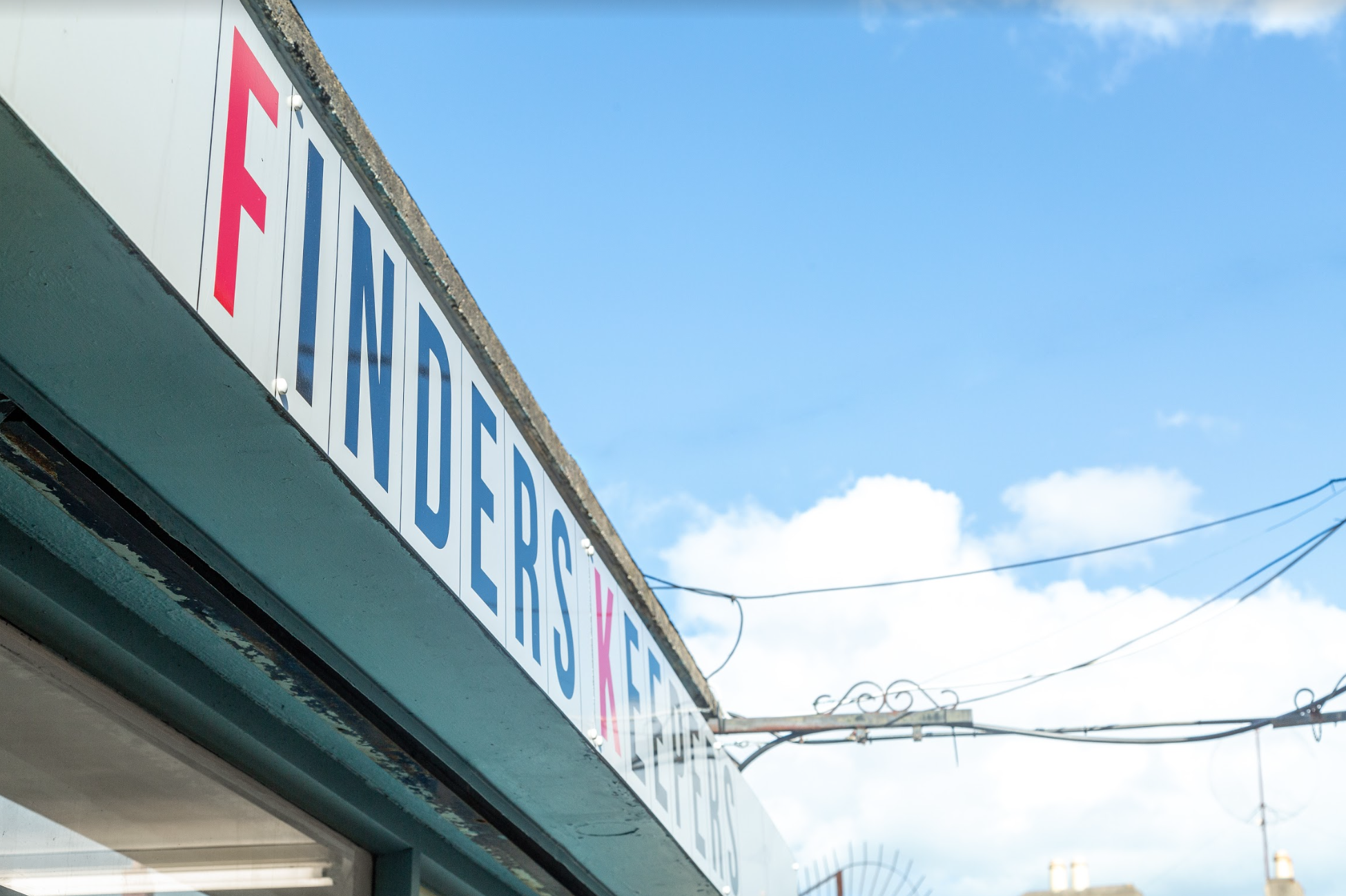 "From when I first opened to now, I had a very clear idea of what I wanted to stock. Now people come in looking for things that I wouldn’t have stocked asking could I get them in.

"I’m constantly learning, constantly asking people when they come in what they want to see from me rather than me picking stuff for this imaginary demographic."

It's an approach that has already paid off.

"I have a couple of lovely regular customers and it makes me really happy when they walk through the door and they’re dressed head-to-toe in stuff they bought from me."

Another definite perk Ruth enjoys as her own boss is having to answer to no-one but herself. 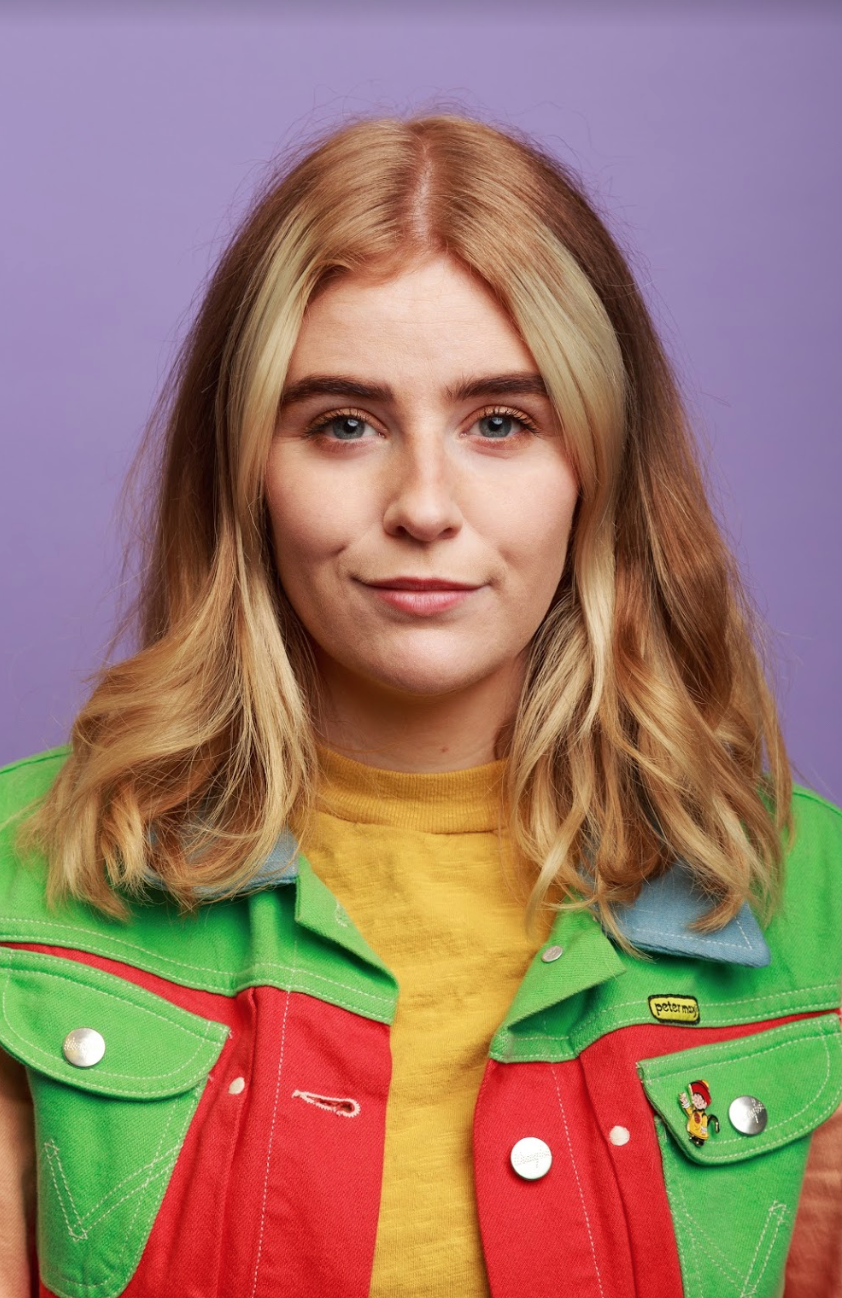 As with any new venture, though, it's all or nothing.

Ruth works in the shop alone six days a week and spends every other waking hour sourcing clothes, answering emails and running the show.

She says she wouldn't have it any other way.

"It’s my baby. It doesn’t really feel like work. I keep having my pinch-me moment that this is what I get to call work."

"The advice I’d give my younger self would be go at it as hard as you can from as young as you can.

"Even now I still have self doubt in what I’m doing but I wish I’d put my whole heart into it from the very beginning and just went for it."

The future certainly looks bright for Finders Keepers which, with its selection of 90s-style sweatshirts, cat-eye sunglasses and band tees, has plenty to offer both dedicated vintage aficionados and those following the latest trend. 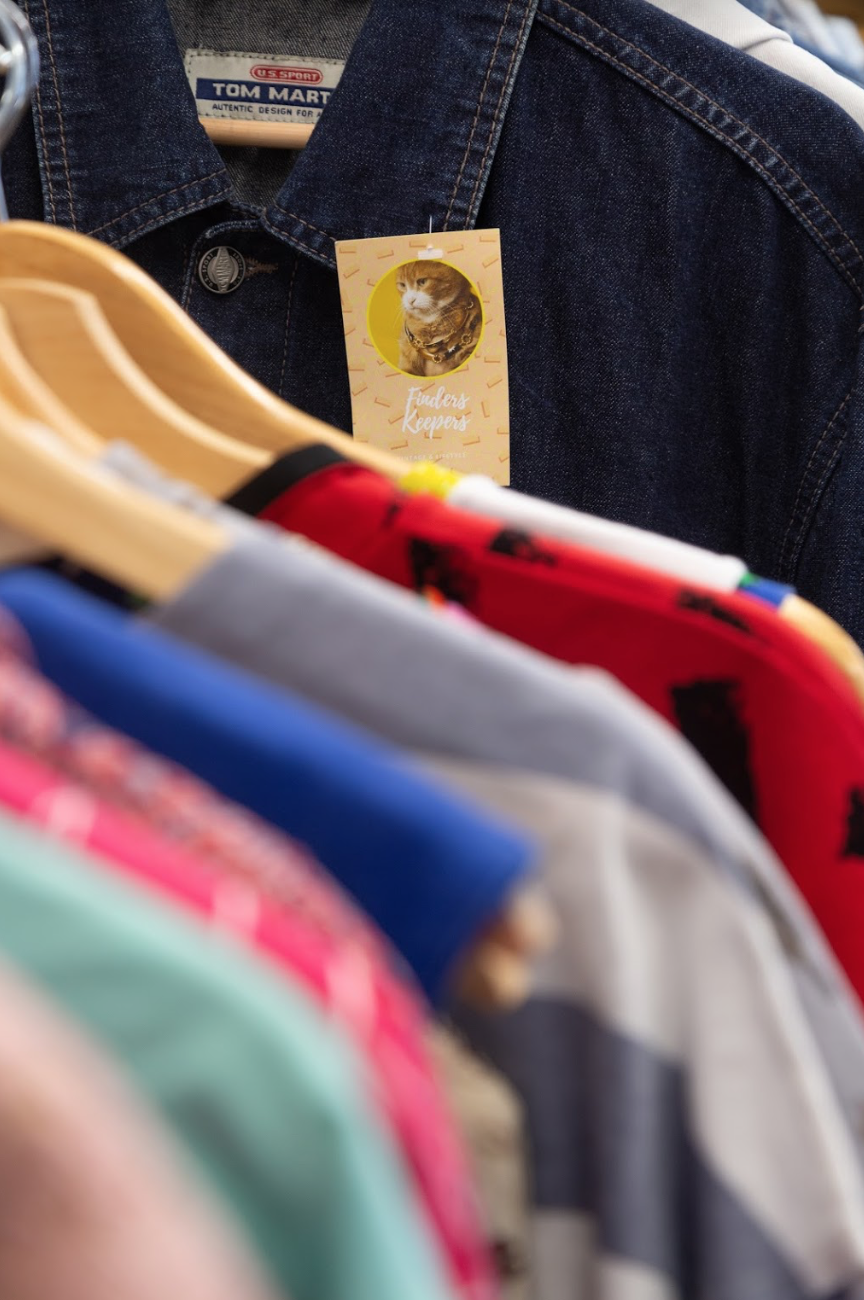 "I’m not going to act like I’m Mother Teresa and I don’t shop fast fashion, I do," Ruth says.

"But I think if people are going towards trends they should go towards a vintage avenue before they choose fast fashion.

"It’s all cyclical – a lot of stuff that was popular twenty years ago will be popular again."

Ruth's main goal is to grow her base of vintage-obsessed customers.

"Bray is like no other place, I want to be here for the rest of my life.

Girls With Goals || Her · Ep.161: Feeling Peachy - Sharon Keegan of Peachylean on being an absolute BOSS!
popular
Britney Spears' dad Jamie says he is "sorry" to see daughter in pain
Woman escorted from Disney World for "inappropriate" top
Nearly half of men think 36 is "too old" for women to have a baby in UK
Will Britney ever be freed?
Harry and Meghan reject Archie's royal title because it has 'dumb' in it
Aldi's new garden collection includes massive waterpark, slides and 14ft pools
Newborn needs 13 face stitches after being cut during emergency C-section
You may also like
2 weeks ago
"I am a sleep enthusiast!" Meet Hannah Murphy – the woman behind ethical Irish bedding company Amurelle
3 months ago
The Westbury Hotel in Dublin is offering complimentary headshots for women in business
1 year ago
Here are all of the finalists for this year’s Women In Tech Awards
1 year ago
Nominations for this year's Women in Tech Awards are now open
2 years ago
Hear how our Girls With Goals producer Niamh Maher nabbed her current role in media
2 years ago
The one piece of advice that I heard over and over from successful Irish women this year
Next Page