#MakeAFuss: The ex-RTÉ journalist who writes personalised poetry for a living

"That was when I realised I wanted to do this for other people every day."

Entrepreneurs often talk about their lightbulb moment. Lisa McKelvey's rather poignant one occurred on a plane journey from Los Angeles.

"My mum had been diagnosed with dementia and I was trying to come to terms with it all," she tells Her.

END_OF_DOCUMENT_TOKEN_TO_BE_REPLACED

"I wrote two poems, one entitled, ‘Remembering’ and one entitled ‘Mama’. They summed up everything that I was feeling at that particular time and seeing it written down helped me process everything.

"As soon as I got off the plane I sent the poems to my Dad and he immediately Facetimed me with tears in his eyes saying he was so grateful to be able to read them every day.

"He said it would help him to remember Mum as she was and also to process what lay ahead.

"That was when I realised I wanted to do this for other people every day. I wanted to help them preserve and celebrate the special relationships and people they have in their lives."

"Apparently I have a ‘gift for eliciting happy tears'!"

Lisa, from Donegal, began her career in journalism.

END_OF_DOCUMENT_TOKEN_TO_BE_REPLACED

She was a news reporter first for Highland Radio and then for RTÉ, working on shows including Morning Ireland and This Week but always harboured a passion for creative writing.

Family and friends had often called on her to put pen to paper for special occasions - "Apparently I have a ‘gift for eliciting happy tears'!" 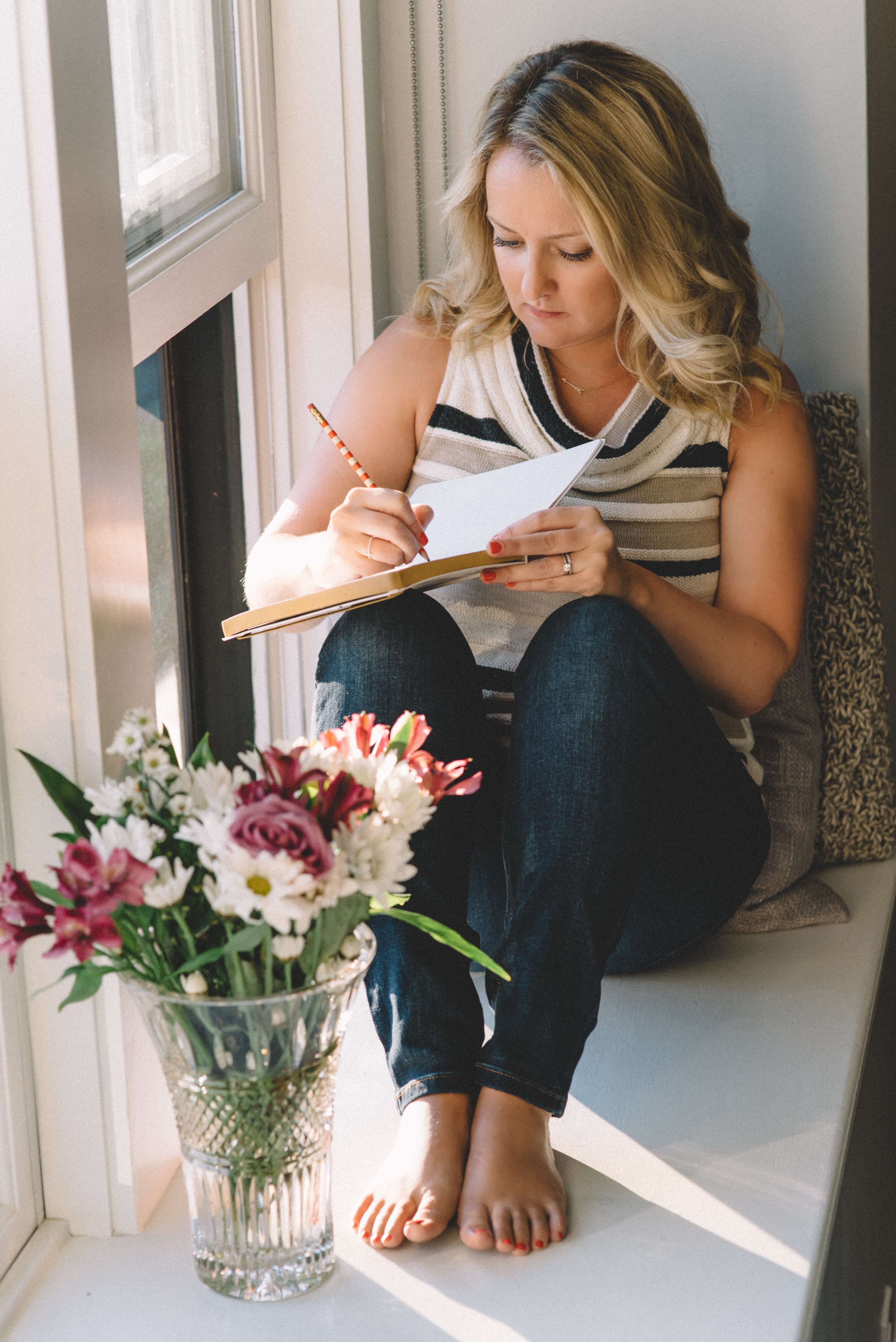 Her then-fiancée (now husband, Trevor) was living in Boston for work and she decided to follow him at the end of 2014.

Initially she worked for a charity there but her new life in the US made her reevaluate what she wanted to do.

END_OF_DOCUMENT_TOKEN_TO_BE_REPLACED

"Moving to Boston gave me a new outlook on life.

"I think being immersed in a new country, city and culture gave me the push and uprooting that I needed to really begin to think about what I really wanted to do in life.

"I knew that I wanted to write for a living in some capacity but just hadn’t figured out the details at that stage!"

The moment she sent her dad the poems about her mum clinched it for her and her business Just Happy Tears was born.

Customers submit their photos and details about their loved ones and Just Happy Tears turns them into wall hangings printed with a poem or piece of writing.

What sets the business apart is that the gifts tell a story, Lisa says.

"There are so many personalised gifts available out there, from personalised socks to photo books. We are different.

"A photo book captures some moments in time, our gifts capture love stories and life stories in their entirety and that’s what we pride ourselves on."

"Every time an order comes in, I still get a little rush."

A few years in and Just Happy Tears is now a team of five.

"In the last six months we have secured private investment, opened a downtown Boston office and are now selling to 13 countries.

"We’ll soon be scouting out a Dublin office!"

Making money from something that was once your hobby seems like a dream to many of us but it's rarely as simple as that.

Lisa admits that she puts pressure on herself and her team to get the finished product just right. 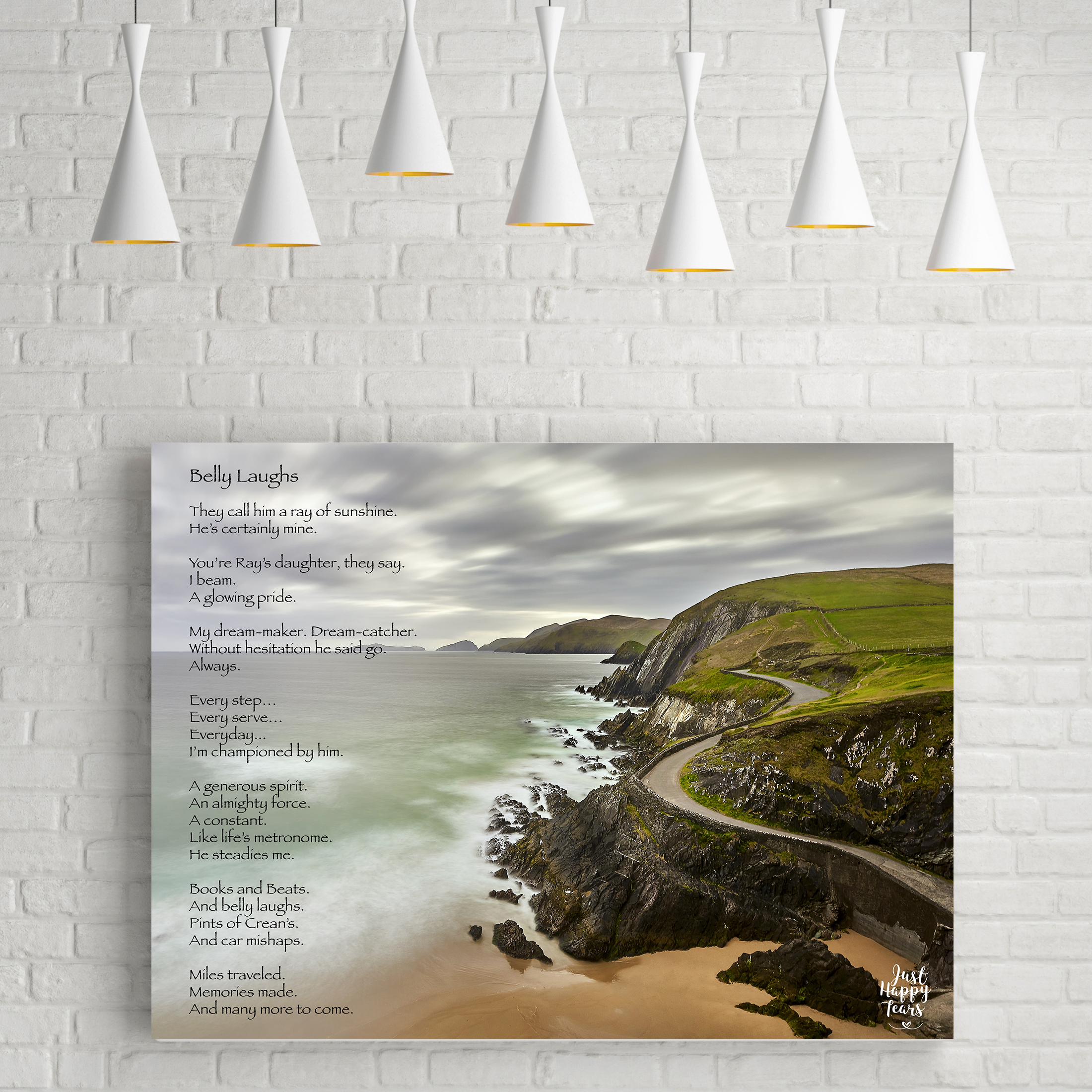 "Writing for business instead of pleasure comes with its own challenges.

"There’s a pressure in writing for other people, that doesn’t apply when writing for yourself especially when you’ve got about a week or less to have the gift put together from start to finish and shipped to the customer.

"Initially I thought the business would be about writing poetry but it’s also become about reading people and making sure they’re 100 per cent happy with the finished product."

Her ten years working in the media have stood to her since she started working for herself, she adds.

Working to deadlines, working with a team and being able to adapt and take on new skills are "what entrepreneurship is all about."

"It’s constant adaptation and learning and with the nature of media these days and how quickly it’s changing, the principles are the same."

That's not to say that there haven't been speed bumps along the way.

Leaving a steady job to go it alone was daunting "and still is," Lisa continues.

There have been lots of steep learning curves along the way.

"Trying to figure out things like sales, marketing, the legal side of incorporating a business, dealing with investors is a challenge.

"It’s not massively complicated but it takes a little bit of time to understand how everything works and to become more sure of yourself.

"I wouldn’t change a thing though. I love being my own boss!

"The little victories are all the more exciting because you’re starting from scratch. Every time an order comes in, I still get a little rush."

"There’s a stigma around poetry."

Looking ahead, Lisa has big ambitions for the Just Happy Tears. 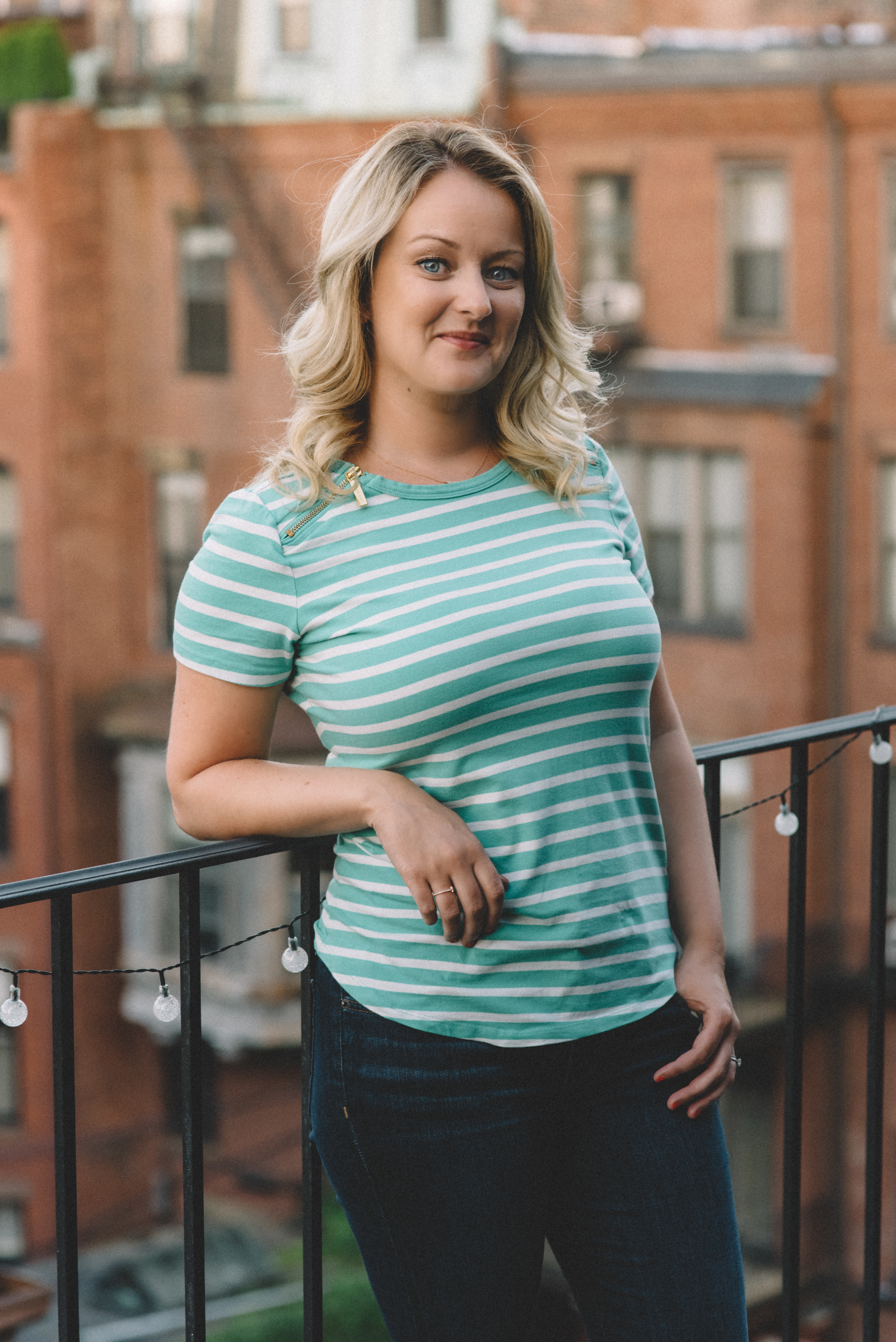 She envisions it as a leader in the worldwide sentimental gift market, a go-to place that competes with companies like Not On The High Street and Shutterfly.

She'd also like to help people see poetry in a new light.

"There’s a stigma around poetry that it’s inaccessible and sometimes boring. We want to show people that poetry is accessible and current as well as extremely touching and sentimental."

Lisa says that her story is proof that writing is not only a worthwhile but also a profitable pursuit.

"People often think that a career in creative writing is restrictive. Our company is testament to the fact that you can build a successful business around your passion.

"Who cares if people think you’re crazy?! If you have a vision and you want to try, don’t let anyone else stop you!"

Girls With Goals || Her · Ep.160: The Beauty Of Coaching - Hayley Harrison joins us from Sport Ireland
popular
These 14 Dublin attractions are opening their doors again next week
Doctors warning young people against 'sun cream contouring' TikTok trend
You can now get Hyaluronic Acid at Dealz for €4
More footage of Tristan Thompson cheating on Khloe has emerged
Someone has ranked the penis size of men from all over the world
Irish company launches 1.5 litre wine 'Bagnum' - a magnum in a bag
Norah Patten: "There’s so much camaraderie in STEM courses between women"
You may also like
2 months ago
The Westbury Hotel in Dublin is offering complimentary headshots for women in business
1 year ago
Here are all of the finalists for this year’s Women In Tech Awards
1 year ago
Nominations for this year's Women in Tech Awards are now open
2 years ago
Hear how our Girls With Goals producer Niamh Maher nabbed her current role in media
2 years ago
The one piece of advice that I heard over and over from successful Irish women this year
2 years ago
#MakeAFuss: 'You only get one shot at this' - A career coach on changing your life
Next Page