Facebook has released a new app that will let users communicate anonymously on the social network, but rejects fears that it may encourage trolls and online bullying.

The new app Rooms will be a standalone app for iOS, and will aim to allow users to discuss sensitive issues on the social network without revealing their true identity.

Rooms will let users create an anonymous area where they can design the space using colours, cover photos and icons and then invite others to join them. 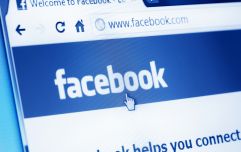 44,000 people in Ireland have been affected by Facebook's data breach

END_OF_DOCUMENT_TOKEN_TO_BE_REPLACED

The social network giant claims that they will combat trolls looking to take advantage of the initiative by banning devices rather than accounts on the site. The move will mean that online bullies won’t be able to create multiple accounts to harass people on the site.

“There is a good reason in a lot of situations why you don’t want people to know who you are and it’s not because of something sketchy. We want to give people flexibility because that’s what they want.”

Rooms will be included under the Facebook community guidelines, which strongly prohibits hate speech, threats or spam and can result in the removal of posts, members of entire pages.

The latest move by the tech giant hasn’t been universally accepted by the Facebook team, with chief product officer Chris Cox believing the move could lead to unsafe behaviour on site:

“It’s part of what made Facebook special in the first place, by differentiating the service from the rest of the internet where pseudonymity, anonymity or often random names were the social norm.

“It’s the primary mechanism we have to protect millions of people every day, all around the world, from real harm.”

Girls With Goals || Her · Ep.161: Feeling Peachy - Sharon Keegan of Peachylean on being an absolute BOSS!
popular
The fashion world is OBSESSED with potato brown right now – and for good reason
QUIZ: Can you beat Ross's quiz in Friends?
Woman buys 148 year old house, goes viral after finding secret passage way
Big Brother star left temporarily blinded and scarred after TikTok DIY beauty 'hack'
More footage of Tristan Thompson cheating on Khloe has emerged
Kate Middleton has addressed the rumours that she's pregnant with her fourth child
9 Dublin restaurants with outdoor dining we've already booked a table for
You may also like
1 month ago
How to check if your phone number was leaked in the Facebook breach
3 months ago
Bebo, the greatest social network of all time, is returning to save us
5 months ago
Facebook to remove false claims about Covid-19 vaccine
6 months ago
Facebook launches new dating service in Ireland
1 year ago
The most talked about moments on Facebook in Ireland this year have been revealed
1 year ago
Nurse's powerful Facebook post hammers home the importance of the flu vaccine
Next Page