The app reported the newest figures alongside the launch of an updated desktop version of the free service with new features. 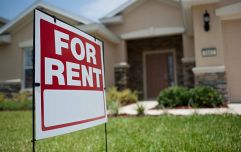 END_OF_DOCUMENT_TOKEN_TO_BE_REPLACED

The new desktop version will include a new look and feel for the app, including popular sticker emoticons for conversations, better video quality and stronger video performance.

Talmon Marco, CEO of Viber, revealed the plans for the app’s expansion, saying:

“As usage increases, our priority remains the same - introducing features, adding more platforms, and improving Viber with every new version.

“This is exactly what we’ve done with the new Viber Desktop, and we’re really excited for our users to try it out.”

Viber will also be adding two additional languages, Spanish and Portuguese, to their support site in their updated model.

Girls With Goals || Her · Ep.161: Feeling Peachy - Sharon Keegan of Peachylean on being an absolute BOSS!
popular
Is that Seth Rogen without a beard?
Woman buys 148 year old house, goes viral after finding secret passage way
Harry Styles accepts BRIT for Best British Single - with American accent
Little Mix pay tribute to Jesy as they make history at BRIT Awards
Norman Lloyd, 'world's oldest working actor', passes away aged 106
Lewis Capaldi muted by BRITs during chaotic, swear-y speech
9 Dublin restaurants with outdoor dining we've already booked a table for
You may also like
1 year ago
WhatsApp to introduce 'self-destructing messages' in 2020
1 year ago
The results are in! The MyLife Step Squad Challenge is officially over and the winner is...
2 years ago
Condom company launches 'baby blocker' app that lets you hide baby photos from social media
2 years ago
This app lets you virtually try on over 300 brands of lipstick before buying them
2 years ago
If you're a veggie (or vegan) you need to have this app on your phone
2 years ago
WhatsApp is putting a limit on forwarding messages so, no more spreading gossip
Next Page