There's a new baby in the Bay!

Popular Home and Away star Emily Symons has given birth to her first child at the age of 45.

The actress, who has played Marilyn Chambers in the Australian soap on and off for 26 years, shared the happy news through her agent on Monday morning.

A statement from Emily and her partner Paul Jackson read: "Emily Symons and Paul Jackson welcomed a beautiful little boy into the world."

"Mother and baby are both doing well." 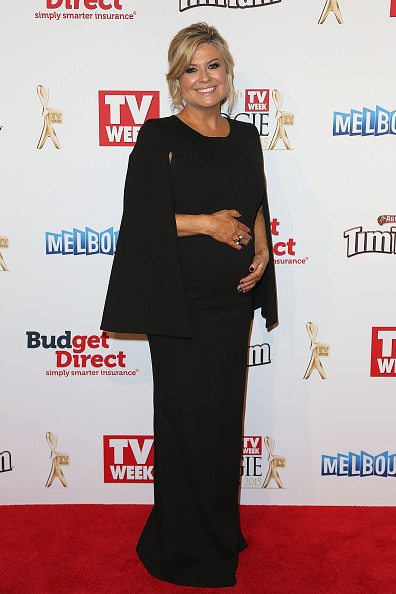 The news comes two months after Emily opened up to New Idea magazine about her joy at being pregnant, saying: "I cry through all the scans, every time I hear that heartbeat, but they're obviously tears of happiness."

The birth comes after many failed IVF attempts for the star, who also appeared in British soap Emmerdale for seven years.

Girls With Goals || Her · Ep.160: The Beauty Of Coaching - Hayley Harrison joins us from Sport Ireland
popular
Zoos, heritage parks, & nature walks: Here's what's opening on April 26
TikTok Trend: What is laundry stripping and does it work?
M&S just launched the designer collaboration of dreams – with the ONE dress everyone needs
Jennifer Aniston is reportedly pregnant with her first baby
Kate Middleton has addressed the rumours that she's pregnant with her fourth child
Starbucks has a bubblegum-flavoured frappuccino on their menu – but you need to hurry
Rosacea awareness month: 3 skincare products many rosacea sufferers swear by
You may also like
2 years ago
Turns out, this colour of wine gives you the WORST hangover
5 years ago
Pretty Little Liars actor Brandon Jones could be facing over five years in prison
5 years ago
Gwen Stefani Receives Massive Backlash After "Insulting" April Fools' Prank
5 years ago
Katie Price Names And Shames The Twitter Trolls Bullying Her Son Harvey
5 years ago
Kim Kardashian Blasts "Body-Shaming and Slut-Shaming" In Brilliantly Honest Post
5 years ago
WATCH: Emma Watson Launched HeForShe Arts Week On International Women’s Day
Next Page