'A happy and peaceful new life' - What happens next for Prince Harry and Meghan Markle?

After what's been termed a hard 'Megxit' and the release of a second statement from Queen Elizabeth regarding Meghan Markle and Prince Harry's future, many are wondering what happens next for the couple.

We know that they will now call Canada home, access to public funds has ended and that their HRH titles are obsolete now that they have ceased to be "working members" of the royal family. Although they retain their private patronages, they will " no longer formally represent the Queen".

What exactly does that mean for their long-term future and is this decision set in stone?

In an update from Harry and Meghan on their newly-launched website Sussex Royal, they have said that "information on the roles and work of The Duke and Duchess of Sussex will be updated on this website in due course".

This raises a number of questions about what projects they may take on with speculation already growing about Netflix deals and written memoirs. 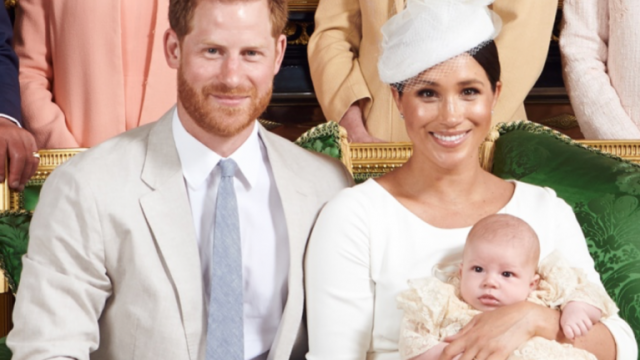 Now that the couple no longer have royal monies at their disposal, they are likely to earn in some capacity and everyone wants to know what path this will take.

It has also been said that the "new model" will take effect in spring 2020 and with Meghan and Archie already settled in Canada, it looks as though Harry will join them in the near future.

Queen Elizabeth has said that she hopes this new arrangement will allow them to build a "happy and peaceful new life" and also commented on how she proud she is that Meghan became part of her family so quickly.

It has been said that the family were hurt and "blindsided" by Meghan and Harry announcing their decision to step down as senior royals but recent discussions have paved the way forward for their new way of life.

However, they wanted to step back as senior royals and now, like it or not, they are officially stepping down with the loss of Harry's military appointments sure to prove a heavy blow after ten years of service.

Harry also loses his title as Captain General Royal Marines, the ceremonial head of the Royal Marines, a position he inherited from his grandfather, Prince Philip, last year.

It's been suggested that the prince has made sacrifices in order to carve out this new life but according to reports, he and Meghan will try things out for a year and discussions may happen again in the future.

One thing is for sure, public interest in the couple has intensified and although they hoped their decision to step down would help avoid the intense scrutiny they've experienced in recent times, it is currently having the opposite effect.


popular
This STUNNING €40 Zara dress is all you need to update your wardrobe for summer
The €13 Zara top that comes in four colours will become the most-worn item in your wardrobe
The largest family in Britain have welcomed baby number 22
10 summmer dresses we are ordering this week to cheer ourselves up
Seven Things You May Not Have Known About... Garth Brooks
These €26 Zara trousers are the next best thing to tracksuit pants (and they come in three colours)
Gemologist predicts that one engagement ring is losing popularity - we're not so sure
You may also like
1 week ago
'You've been great' It looks like Harry and Meghan just shared their final Instagram post
1 week ago
Meghan and Harry issue statement following Donald Trump's Twitter comments
1 week ago
Meghan Markle and Prince Harry have reportedly moved to California
1 week ago
The rumours are true! Meghan Markle IS voicing a Disney film
1 week ago
Meghan Markle could change surname once royal split becomes official at the end of March
2 weeks ago
Have you tried it? Meghan Markle's favourite foundation is one of the best face bases EVER
Next Page