A refund update has been issued after Nicki Minaj cancelled her Dublin show due to the weather.

The rapper had been due to perform at Dublin's 3Arena on Friday night, but had to cancel after "adverse weather conditions" meant her equipment trucks were not able to cross the Irish Sea.

The news of the cancellation broke just a few hours before she was due to take to the stage that evening. 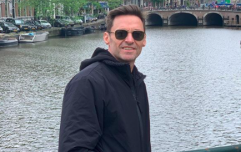 END_OF_DOCUMENT_TOKEN_TO_BE_REPLACED

Fans were urged to hold onto their tickets while "the artist, venue and promoters work to reschedule the date as soon as possible."

However, MCD concert promoters later issued a statement on Twitter confirming that the gig was unable to be rescheduled.

"Nicki Minaj's concert, which was due to take place at the 3Arena in Dublin [on Friday, March 15], has been cancelled with full refunds available from this Tuesday from point of purchase.

"Unfortunately the artist, venue + promoters have been unable to reschedule the concert despite great efforts by all parties. The adverse weather conditions which affected Irish Sea sailings over the last 24hrs resulted in only half the trucks carrying their equipment arriving ahead of the concert.

"Nicki Minaj apologises for any inconvenience caused to fans due to these unforeseen circumstances."

Around 6pm on Friday night, a statement was issued confirming the the gig had been called off.

In a press release, the singer noted that her equipment trucks were not able to cross the Irish sea, and she therefore can't perform.

"Unfortunately, due to adverse weather conditions which have affected Irish Sea sailings over the last 24hrs resulting in some equipment trucks not arriving, Nicki Minaj has been forced to cancel her concert tonight (Friday 15 March 2019) at Dublin's 3Arena.

"Nicki Minaj apologises for any inconvenience caused to fans due to these unforeseen circumstances."

popular
The internet is saying the same thing after Ryan's Toy Show opening
Dancing On Ice 2022 star Brendan Cole rushed to hospital after head injury
Omicron variant likely already in Ireland, says public health expert
We finally know what happened to Sam in And Just Like That
Viewers in bits after Barry Humphries congratulates Dermot O'Leary on coming out
Strictly's John Whaite feels "reborn" after topping leaderboard with Johannes Radebe
The Toy Show DJ brothers have been offered their very first gig
You may also like
1 week ago
Dermot Kennedy announces 2 huge gigs in Dublin next month
1 year ago
'Iconic, mesmerising and unique' What it's like to attend a private Alicia Keys concert
1 year ago
Dermot Kennedy has just announced THREE new dates in both Killarney and Dublin
2 years ago
Irish singer Lilla Vargen talks luck, love and supporting Dermot Kennedy at his 3Arena gigs
2 years ago
Live concert of David Attenborough's Our Planet series coming to Dublin
2 years ago
WIN 2 tickets to the LIVE 25th anniversary show of Riverdance in Dublin
Next Page