Forget Kate Middleton's side-eye, Angelina Jolie has shown that when it comes to giving the evils - she's got it down.

The actress suffered a humiliating blow earlier this week when an email from film producer Scott Rudin to Sony's Amy Pascal was leaked to the media, revealing that Rudin had branded her a "minimally talented spoiled brat" with a "rampaging spoiled ego".

Jolie then bumped into Pascal at The Hollywood Reporter's Women in Entertainment Power 100 Breakfast and while the film exec looked to be grovelling to the Unbroken director, it didn't appear to be working.

We wouldn't want to get on the wrong side of her! 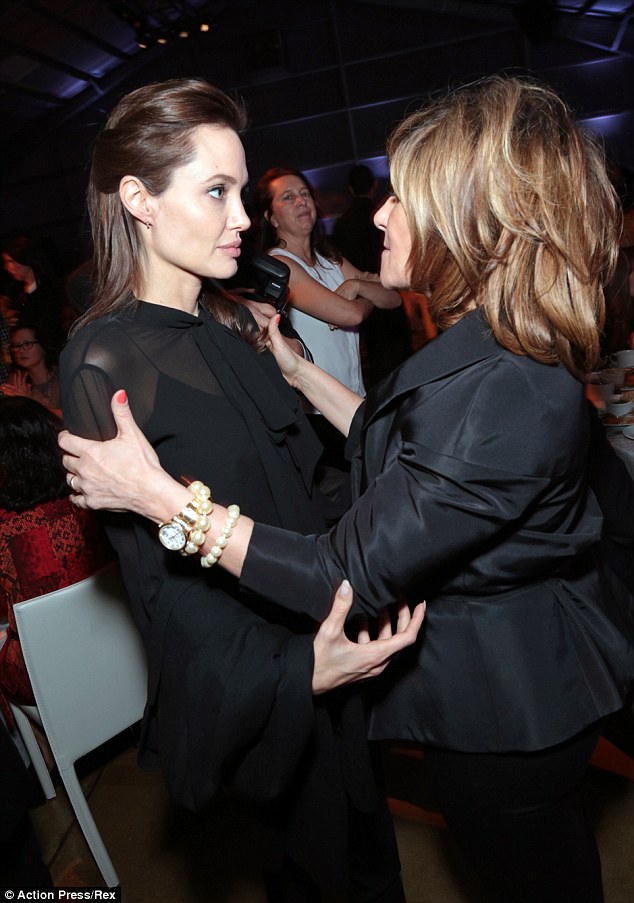 popular
Charlie Bird says he "cries every day" as he struggles to cope with MND diagnosis
Princess Charlene in "very vulnerable" condition, says father
Real Housewives of Johannesburg star Naledi Willers dies aged 30
Boris Johnson announces birth of "healthy baby girl"
Concerns over travel restrictions this Christmas due to “significant numbers” of Omicron
Marty Morrissey to take a step back from RTÉ after tragic death of mum Peggy
Schoolboy placed in isolation for putting hair in plaits like female classmates
You may also like
2 years ago
Turns out, this colour of wine gives you the WORST hangover
5 years ago
Lily Allen has revealed that she was stalked for seven years
5 years ago
Pretty Little Liars actor Brandon Jones could be facing over five years in prison
5 years ago
Gwen Stefani Receives Massive Backlash After "Insulting" April Fools' Prank
5 years ago
Katie Price Names And Shames The Twitter Trolls Bullying Her Son Harvey
5 years ago
Kim Kardashian Blasts "Body-Shaming and Slut-Shaming" In Brilliantly Honest Post
Next Page