Apparently, Khloé Kardashian is 'toying' with the idea of getting back together with Tristan

Less than a year after they split, Khloe Kardashian is said to be "toying" with the idea of getting back together with Tristan Thompson.

An insider told People how the former couple - who shared 17-month-old daughter, True - have been "spending time together" recently.

“Tristan has showed more of an interest. He seems to want more than co-parent with Khloé. It seems Khloé has moments when she is toying with the idea of getting back with Tristan.”

However, they noted that “someone is quick to point out and remind Khloé of his past disrespectful antics” - and that "everyone thinks she deserves better."

“But it seems Khloé needs a good distraction to fully move on mentally from Tristan. She needs to find a special guy, and so far, she hasn’t.” 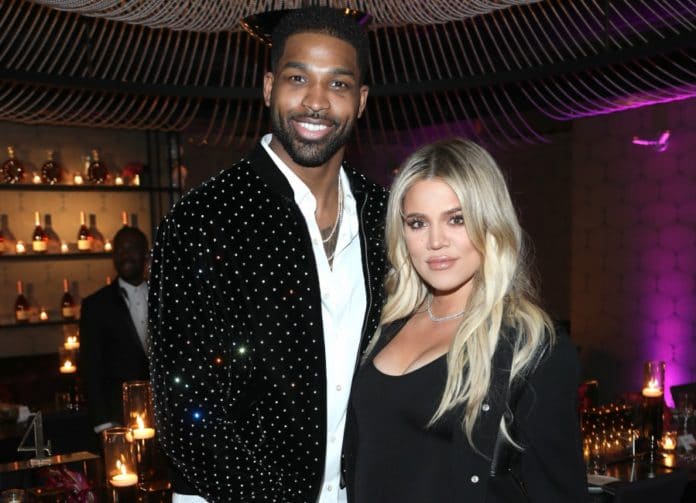 It comes after Thompson was reported to have been trying to win Khloé back, after being encouraged to pull a "power move" by Drake.

The Sun report that Tristan has now been invited to a 'Taco Tuesday' dinner at her home, which is believed to bring him nearer to a reunion with the Keeping Up With the Kardashians star.

"Tristan is good pals with Drake and has been using him as a sounding board as he plots his return to the Kardashian fold.

"Drake told him to pull out all the stops if he wanted to win Khloe back.

"An invite to a casual dinner might not sound like a reasonable trade off for a sleek supercar.But after what Tristan did, he can't expect Khloe to roll out the red carpet for him."

popular
Hollywood couple Joe Manganiello and Sofia Vergara seen enjoying a Cork chipper
You can now apply for tickets to the Late, Late Toy Show
You can now get paid to eat wine and cheese for Christmas
Shirley Ballas books breast exam after Strictly viewers spot lump
An immersive Fifty Shades of Grey experience is coming to London this month
You can now live in the iconic house from Sabrina The Teenage Witch
Irish TikTokers are telling their dads they paid €50 for 'premium air' in their tyres
You may also like
6 months ago
Khloé Kardashian's name is actually pronounced 'Klo-ay', apparently
6 months ago
"That's the person I am:" Khloe Kardashian responds to trolling about her appearance
1 year ago
Tristan Thompson 'not giving up' on getting back together with Khloé Kardashian
1 year ago
Fans say Khloe Kardashian looks like a different person in her latest photo
2 years ago
Malika Haqq, Khloe Kardashian's BFF, has announced that she's expecting her first child
1 week ago
Pippa O'Connor opens up about hardships on miscarriage anniversary
Next Page