Ariana Grande may not have attended last night's Grammy Awards but definitely made her feelings known about what went down there.

Ari was due to sing at the ceremony but dropped out over a dispute with producers.

She watched from home and reacted angrily when Cardi B picked up the gong for Best Rap Album for Invasion Of Privacy.

Ariana's ex Mac Miller, who died in September, had been posthumously nominated for his fifth album Swimming and she clearly felt he would have been a more deserving winner. 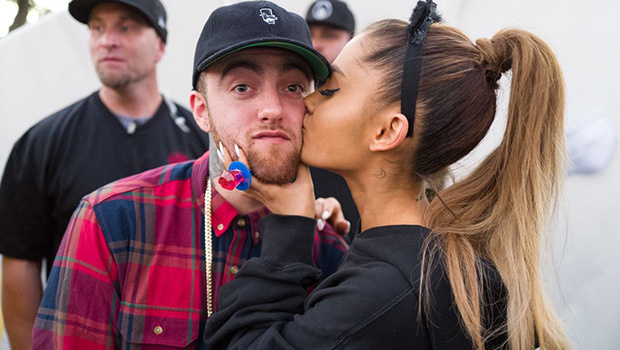 "THEY INVITED HIS PARENTS OUT. NO," she added, referring to the fact that Miller's mum and dad attended the ceremony.

She later deleted the tweets.

Luckily it looks like there's no actual bad blood between Ari and Cardi as she clarified that that she wasn't having a go at the rapper specifically.

"Nothing to do w [Cardi]. Good for her. I promise. I’m sorry," she posted before deleting that tweet too.

Ariana herself was a winner on the night, with her album Sweetener being named Best Pop Vocal Album.

Cardi, meanwhile, was overcome with emotion as she accepted her award.

She is the first solo female artist ever to win Best Rap Album at the Grammys.

The 26-year-old thanked lots of people, including her husband Offset who helped her to finish Invasion Of Privacy throughout her pregnancy with their daughter Kulture.

"You, husband, thank you. Nah, seriously, 'cause he was like, you're going to do this album, girl.

"We're gonna have this baby, and we're gonna make this album."


popular
David Beckham shared his dinner on social media and we really wish he hadn't
Dad hides coronavirus symptoms from hospital staff in order to see newborn
RTÉ share details of new classic movie schedule - and it all kicks off tomorrow
The €13 Zara top that comes in four colours will become the most-worn item in your wardrobe
How to make your own seaweed face mask for a clearer complexion
#Covid-19: Next week will see decision on whether lockdown will continue past April 12
Mariska Hargitay welcomes Christopher Meloni 'home' after Law & Order SVU spinoff news
You may also like
4 months ago
Ariana Grande announces that she may have to cancel tour due to illness
4 months ago
Ariana Grande opens up about the impact of 'Thank U, Next' one year on
6 months ago
'Thank u, Dublin' - Ariana Grande waves goodbye to Ireland after three sell-out shows
6 months ago
'All I wanted to say was thank you' - praise for Ariana Grande after night one at Dublin's 3Arena
6 months ago
In Dublin for Ariana Grande? Chances are you might spot her in THIS restaurant
6 months ago
Ariana Grande was just spotted shopping at Tola Vintage store in Dublin's Temple Bar
Next Page