It all started when Charlie Condou (he used to play Marcus in Coronation Street) quoted the 212 singer.

Has @AZEALIABANKS deleted this? "LGBT community are like the gay white KKK's. Get some pink hoods and unicorns and rally down rodeo drive"

END_OF_DOCUMENT_TOKEN_TO_BE_REPLACED

Alison (also known as DI Keeble to the residents of Albert Square) then tagged the rapper and commented: “Definitely deleted. What an unfathomable idiot.”

Let’s just say Azealia didn’t take too kindly to this and responded: “Botox those frown lines. Juvederm those lips. Get a tan. YIKES!”

Alison then hit back, explaining that she loves her frowns and thinks “Botox is poison”, at which point things got very tense indeed… 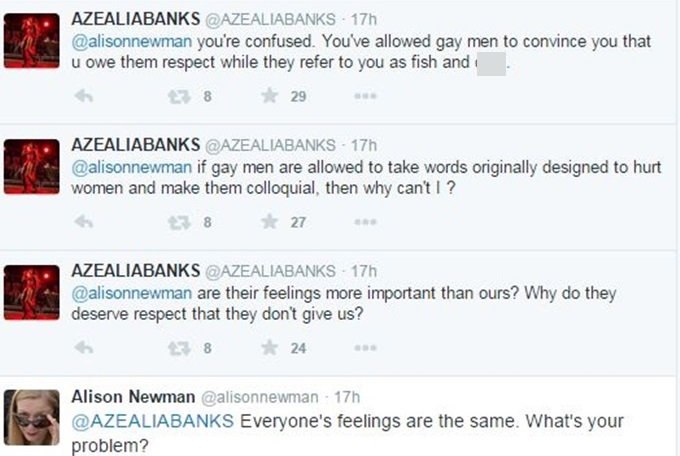 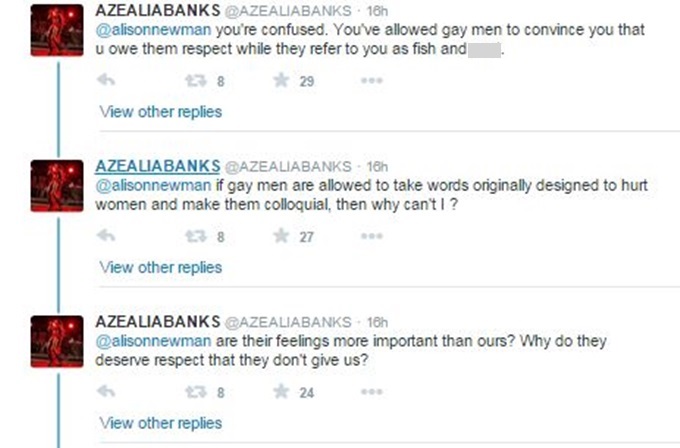 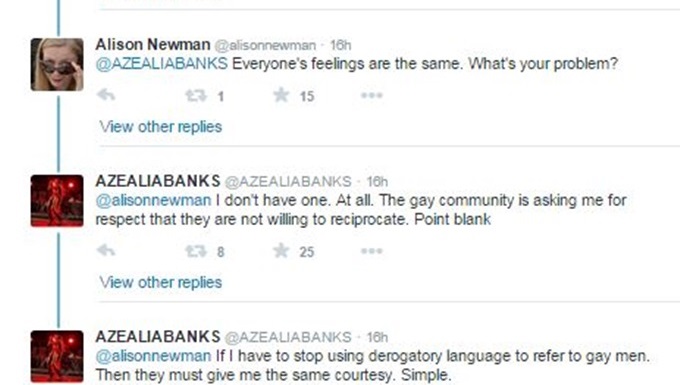 popular
These are the top baby names for 2022
Man charged in connection with Ashling Murphy's murder
Teen who pushed girl “head first” under Dart to face trial in adult court
Netflix shares more pictures from Bridgerton season 2
Bob Saget's wife Kelly describes him as "the best man" she's ever known
People are only realising Kendall Jenner and Gigi Hadid are related and the reactions are gas
Here are the Covid restrictions that may be lifted as early as next week
You may also like
2 years ago
Turns out, this colour of wine gives you the WORST hangover
5 years ago
Pretty Little Liars actor Brandon Jones could be facing over five years in prison
5 years ago
Gwen Stefani Receives Massive Backlash After "Insulting" April Fools' Prank
5 years ago
Katie Price Names And Shames The Twitter Trolls Bullying Her Son Harvey
5 years ago
Kim Kardashian Blasts "Body-Shaming and Slut-Shaming" In Brilliantly Honest Post
5 years ago
WATCH: Emma Watson Launched HeForShe Arts Week On International Women’s Day
Next Page