Ben Foden has admitted he wants his ex-wife Una Healy in the crowd during his X Factor: Celebrity live shows.

And the 34-year-old told The Sun how he was hoping to ask his ex to come support them if they get through to the live shows - as she taught him how to sing.

"She’d always, like, coach me a little bit. But she doesn’t have very much patience with me because I’m not the best singer. 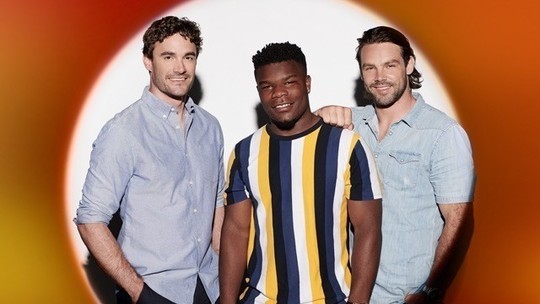 He also added that he would "love" for their children - seven-year-old Aofie Belle and four-year-old Tadgh - to come and see him on the show.

"Obviously my kids, I’d love to get them down to the show. I’ll ask Una whether she’ll come or not, and then we’ll see. Obviously my wife will come as well and she’ll support me."

The rugby player announced in August that he had gotten re-married to Jackie Belanoff - you can read more about that here.

popular
Will there be a second season of Gilmore Girls: A Year In The Life? Here's what we know
The Queen has banned Meghan Markle from wearing any of Princess Diana's jewellery
'Beard-baiting' is now apparently a dating trend - and we're all for it
QUIZ: How well do you really remember the first episode of Sabrina The Teenage Witch?
"Like botox, but without needles" – I tested Gua Sha, and the results were impressive
QUIZ: Can you name all 32 counties in Ireland in under 4 minutes?
Kate Middleton has addressed the rumours that she's pregnant with her fourth child
You may also like
7 months ago
The X Factor will reportedly not be returning in 2020
9 months ago
The X Factor: The Band is officially beginning next month
11 months ago
The X Factor has been cancelled on Sundays, replaced by Catchphrase
11 months ago
The Chase's Jenny Ryan has got a serious set of lungs on her, as per last night's X Factor: Celebrity
1 year ago
A scene by scene analysis of the time JLS ruined Christmas for everyone
1 year ago
One the X Factor contestants FELL OFF the stage during the six chair challenge
Next Page