Actor and comedian Bill Cosby has been charged with sexual assault.

In 2005, he was accused of sexually assaulting Andrea Constand. The 78-year-old previously admitted to having consensual sexual contact with her but a district attorney declined to charge Cosby then.

10 years on, The Press Association has revealed that he has been charged by prosecutors in Pennsylvania today. 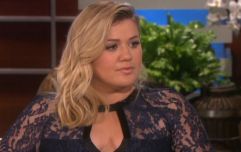 Kelly Clarkson has given birth to her second baby

END_OF_DOCUMENT_TOKEN_TO_BE_REPLACED

Andrea Constand claimed that the veteran actor drugged and violated her in her home. The case was reopened earlier this year after dozens of women came forward claiming similar accusations about Cosby.

A warrant for his arrest was issued earlier today.