An Australian betting firm have come under fire for a "disgusting" tweet about the girlfriend of a Manchester United player.

James Wilson attended the recent Player Of The Year awards with his girlfriend Frankie Barwell, who looked stunning in a beautiful dress by Self-Portrait.

However, the couple were later targeted by the Oddschecker Aus account on Twitter, who called on Wilson to 'abuse' his position and find another partner.

The tweet immediately drew criticism online, with many blasting the company for their "disgusting" attempts to "body shame" Barwell.

How disgusting is this!! Oddschecker Australia you you should be ashamed of yourself.... You say it Mrs Woog @... http://t.co/IookmNgeoj

The "Oddschecker Australia" staff member responsible for that disgusting, offensive tweet the other day, better have been fired.

Wilson has taken the jibe in her stride, taking to Instagram to post the below photo with the caption "Remember, people only rain on your parade because their jealous of your sun and tired of their shade". 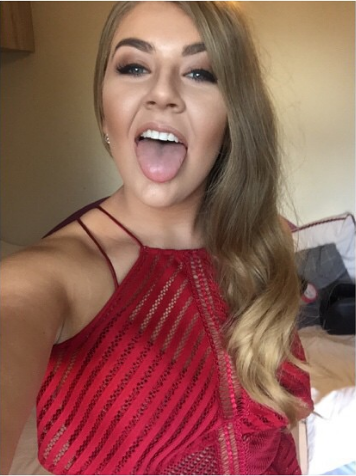 popular
Vogue Williams slams man who refused to swap seats with her on plane
Adam Collard allegedly attacked on night out with Paige Thorne
Man arrested on suspicion of the murder of Irish man in London
Are we getting a mini heatwave in September?
Christine Quinn won't be returning to Selling Sunset
This is why the world is obsessing over Adidas Gazelles
Joe Swash helps 95-year-old woman and carries her to hospital
You may also like
6 months ago
Opinion: We need to think before commenting on other people's bodies, even if it's positive
10 months ago
Adele said that her anxiety caused her to lose weight
1 year ago
Why ‘skinny shaming’ can be damaging too
1 year ago
Let's get rid of the stigma around body hair - it's just hair
1 year ago
Opinion: Selena's swimwear photoshoot needs to open the conversation more
1 year ago
Opinion: Kate Winslet's attitude towards her body is exactly what we need more of in media
Next Page