Boyzone has had a small reunion, showing support for bandmate Keith Duffy as they attended his late father's funeral.

Supported by his close pals, Ronan Keating and Shane Lynch both attended the funeral for Sean Duffy yesterday. 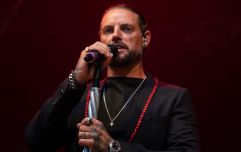 END_OF_DOCUMENT_TOKEN_TO_BE_REPLACED

A heartbroken Keith announced his father's death earlier this week, saying that his "hero" dad had sadly passed away at the age of 77 alongside his loved ones at Connolly Hospital in Blanchardstown.

Ronan arrived at the funeral, which was held at Glasnevin cemetery, alongside his wife Storm and daughter Missy, offering support for his bandmate.

Shane was also spotted arriving not long before Sean's coffin was carried inside.

Storm and Missy were pictured outside the cemetery, both seen giving Keith a hug as he greeted friends and family on the day.

Other famous faces were also seen arriving to share their sorrow with the singer, including Brian Ormond. 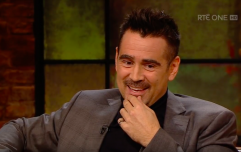 END_OF_DOCUMENT_TOKEN_TO_BE_REPLACED

According to the Irish Sun, Keith gave the eulogy at the funeral, speaking about his "hero" dad who had beaten cancer four times before he passed.

Keith said: "It wasn't a battle like before - he was overpowered. It wasn't fair, the weights were on. He had three different opponents to fight at the same time - pneumonia, fibrosis and Covid but he didn't give up.

"He fought that fight for five days... I watched the man I always considered a hero, I watched how he fought not just for himself but for us, to stay around for his grandchildren. He didn't want to go anywhere."

"Words cannot describe how heartbroken we are to announce the passing of our father/grandfather Séan. The most courageous and brave warrior we’ve ever known and probably will ever know.

"We already miss him so much. Keith and Jay. X"

The tribute was then shared by his 25 year old son Jay.

popular
Women are rinsing their hair in apple cider vinegar – and the results are amazing
Woman hospitalised following stag attack in Co. Kerry
Worried about a loved one? Here are 5 signs of suicide to look out for
And Just Like That... episode 8: Nobody saw this one coming
People are only realising Kendall Jenner and Gigi Hadid are related and the reactions are gas
"Hair contouring" is about to be huge, here's everything you need to know
A clip has resurfaced of Machine Gun Kelly discussing a teenage Kendall Jenner
You may also like
2 years ago
Boyzone fans celebrate the life of Stephen Gately at ten-year anniversary mass in Dublin
2 years ago
Boyzone to continue touring without Keith Duffy following hospitalisation in Thailand
2 years ago
Keith Duffy pulls out of Boyzone gig after being admitted to hospital in Bangkok
3 years ago
You can get Boyzone themed food delivered to your gaff tomorrow
3 years ago
Westlife, who? Brian McFadden is going on TOUR with Boyzone
3 years ago
Boyzone's Shane Lynch on THAT controversial Late Late Show appearance
Next Page