Cara Delevingne Speaks Out After THAT Awkward TV Interview

Cara Delevingne has spoken out this week in response to TV anchors who slammed her following an awkward interview on Good Day Sacramento.

The 22-year-old actress was told to ‘take a nap’ by the annoyed presenters and has now stated that she was not ‘in a mood’ despite what was said. 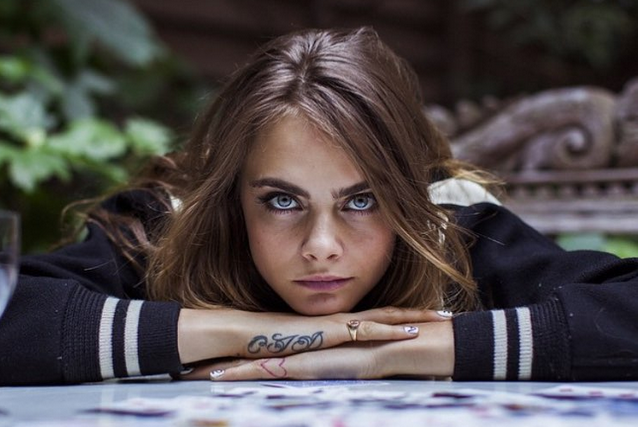 “Some people just don’t understand sarcasm or the British sense of humour,” she tweeted.

Friends and fans rallied around the model and actress, who was being interviewed for her latest movie Paper Towns based on the book by John Green.

Zach Braff responded to the tweet saying: “Or how it’s condescending to ask an actress if she’s read the book.”

@Caradelevingne or how it's condescending to ask an actress if she's read the book.

Is @CaraDelevingne "in a mood," or are these anchors just horrible? (A: They're horrible.) http://t.co/4frsmQUJJV

You get @Caradelevingne to give "better answers" in this interview by asking better questions/saying her name right: https://t.co/LLy8ly75wV

Cara later shared a motivational quote on Instagram where fans continued to give her their support.

popular
Smyths issues warning to parents ahead of Christmas
Netflix's true crime series Sins of our Mother is seriously insane
So, William and Harry have a step sister... and who knew?
Why Are Men so Obsessed With Boobs? The Answer is Pretty Surprising...
Post Malone dramatically falls through stage during concert
Everything coming to Netflix this October
Here Are The Top 20 Most Common Pin Codes in The World
You may also like
3 years ago
Turns out, this colour of wine gives you the WORST hangover
6 years ago
Gwen Stefani Receives Massive Backlash After "Insulting" April Fools' Prank
6 years ago
Katie Price Names And Shames The Twitter Trolls Bullying Her Son Harvey
6 years ago
Kim Kardashian Blasts "Body-Shaming and Slut-Shaming" In Brilliantly Honest Post
6 years ago
WATCH: Emma Watson Launched HeForShe Arts Week On International Women’s Day
5 days ago
Don't panic but a Spice Girl is going to be on this week's Late Late Show
Next Page