"I have a lot of explaining to do to Bear", Cheryl confesses.

Who didn't love Girls Aloud back in the day? The tunes were bangin' and there was always a bit of drama going on, be it a bit of a brawl, or the fact that you could never really trust Nadine Coyle's date of birth.

Anyway, new revelations have come to light that apparently Cheryl and Kimberley Walsh got a bit eh... amorous on a drunken night out and ended up kissing.

Yep, for a very fleeting time, Kimberyl was indeed a thing.

The Sun quoted the 35-year-old mum of one who said:

"I snogged Kimberley once. It was a drunken night out, but still, I have a  lot of explaining to do to Bear."

Despite this hookup, Cheryl has her sights on finding a man as she has revealed she is open to love following the break up of her relationship with Liam Payne six months ago. 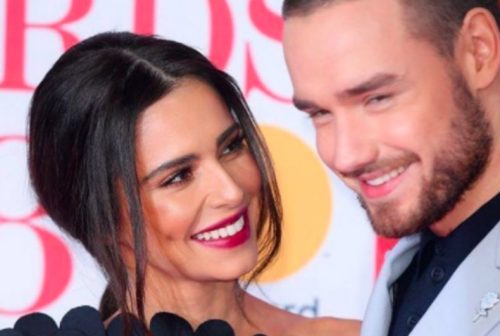 This time around, Cheryl is potentially looking for something a bit different - someone who is not in the industry. She admitted:

"I heard Sheridan Smith met her boyfriend on Tinder and, absolutely, I would be open to meeting someone new, someone not in the industry."

She's unfazed by the occupation of her future beau saying:

"I would 100 per cent date a shelf-stacker from Sainsbury’s.What you do doesn’t define you as a human being. Some people just don’t get the break they want, while some people are happy working at Sainsbury’s. It doesn’t matter. I have absolutely no problem with being the breadwinner in a relationship."

Cheryl says as long as someone is a good person and willing to help look after her son, she would be happy. While she says there's no rush in terms of finding someone she did add, "it’s not like I want to be celibate forever."

popular
Wagatha Christie: Rebekah Vardy storms out of court just 30 minutes into final day
Claire Byrne Live viewers in shock as woman shares family DNA secret
Love Island's Mary Bedford "shaken" after robbed in taxi
Derry Girls creator actually sent Chelsea Clinton a letter when she was 13
62-Year-Old Woman Marries 9-Year-Old Boy For The Second Time
Gogglebox fans show an outpour of support for star after hospital picture
Why Are Men so Obsessed With Boobs? The Answer is Pretty Surprising...
You may also like
1 month ago
Is she...? Britney Spears sparks pregnancy rumours with image of pregnant belly
3 months ago
"Our hearts are broken": Singer Meat Loaf dies aged 74
5 months ago
Amanda Byram "bursting with happiness" after welcoming first child
9 months ago
Jennifer Aniston and David Schwimmer are apparently dating in real life
9 months ago
Jennifer Lopez just shared a steamy snap of herself and Ben Affleck – and WOW
10 months ago
Rising actor Daniel Mickelson dies aged 23
Next Page