Yesterday, Instagram model Sumner Stroh claimed that she had a "year-long affair" with Adam Levine, and shared screenshots of flirty messages he allegedly sent her.

"Essentially, I was having an affair with a man who is married to a Victoria’s Secret supermodel," she said in the now viral TikTok. "I was young and naïve. And I mean, quite frankly, I feel exploited."

Levine denied allegations that he cheated, but admitted to sending flirty messages while married. 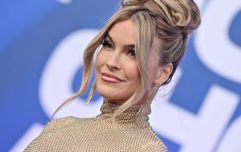 END_OF_DOCUMENT_TOKEN_TO_BE_REPLACED

In a statement released yesterday, he wrote: "A lot is being said about me right now and I want to clear the air. I used poor judgment in speaking with anyone other than my wife in ANY kind of flirtatious manner. I did not have an affair, nevertheless, I crossed the line during a regrettable period in my life.

"In certain instances it became inappropriate; I have addressed that and taken proactive steps to remedy this with my family. My wife and my family is all I care about in this world. To be this naive and stupid enough to risk the only thing that truly matters to me was the greatest mistake I could ever make.

When apologizing for cheating publicly I hate the -we will get through it together part from a man. 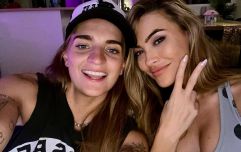 END_OF_DOCUMENT_TOKEN_TO_BE_REPLACED

Responding to the statement, Chrishell Stause suggested that Adam should only speak for himself and not his wife.

Taking to Twitter, she wrote: "When apologising for cheating publicly, I hate the we will get through it together part from a man. Don't speak for her. You've done enough."

Chrishell herself went through a very public divorce from her former partner Justin Hartley in 2019.