Comedian Jason Byrne has split from his wife of 14 years

Both are said to be devastated.

It has been reported that Jason Byrne has split up from his wife of 14 years, Brenda.

A friend of the couple told the Mail on Sunday that they broke up some time ago and he has moved out of their family home.

They said: “Jason is a loving father but I suppose, one of the downfalls of his success as a comic is that he is away a lot. 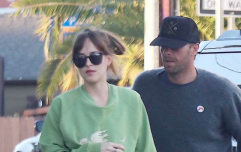 END_OF_DOCUMENT_TOKEN_TO_BE_REPLACED

“He could be in Australia for a month at a time. That is difficult for anyone and I suppose, the marriage suffered. The break-up is as amicable as it can be for the sake of the children.”

“Both Jason and Brenda are devastated but they are adults and just trying to make the best of a bad situation. Look, it is very sad and they just want to get on with their lives but they just don’t want to talk about it.” 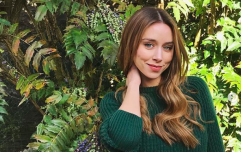 END_OF_DOCUMENT_TOKEN_TO_BE_REPLACED

“Brenda never courted the public life and left that side of things to Jason. She hopes to be afforded the privacy to continue on like that.”

The comedian's spokesperson confirmed the split, but said Jason will not be commenting any further on the matter.

popular
Irish girls name was the most used Irish name in the United States last year
Love Island’s Afia explains why Gemma’s dad has not been mentioned on show
Love Island fans react to "confusing" recoupling
This is the easiest way to determine you may have VIKING heritage
Why Are Men so Obsessed With Boobs? The Answer is Pretty Surprising...
Two of the Peaky Blinders gang are actually brothers in real life
Love Island fans are scratching their heads after finding Tasha's maternity photoshoot
You may also like
3 years ago
Adele speaks about moving forward in emotional post to mark her 31st birthday
3 years ago
Kris Humphries believed the world hated him after his marriage to Kim Kardashian
3 years ago
Una Healy's ex Ben Foden says 'we'll always have a future' in new interview
3 years ago
Robert De Niro and Grace Hightower split after 21 years of marriage
3 years ago
Paris Hilton shares cryptic Instagram post as she splits from fiancé Chris Zylka
3 years ago
Pete Davidson, please stop making jokes about your break up with Ariana
Next Page