Coronation Street star Ryan Thomas was reportedly fined after an alleged row at a pub in the Lake District in the early hours of Sunday morning.

According to reports the actor, who plays Jason Grimshaw in the popular ITV soap, was arrested by police on suspicion of being drunk and disorderly.

He was later fined £90 before being released by police and has made no official comment on the alleged incident.

END_OF_DOCUMENT_TOKEN_TO_BE_REPLACED

Manchester Evening News reports that he was one of three arrested following an altercation.

The 31-year-old was apparently enjoying a weekend in the area with friends. 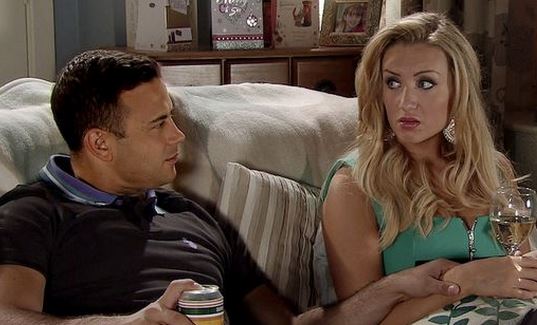 Earlier this month Thomas announced that he is leaving Coronation Street after 15 years on the show.

At the time, he said: "The cast and crew are amongst the best in the business and to have had the chance to be a part of it for so long has been an amazing experience.

"The decision to leave was an extremely difficult one but I felt that now was the right time to spread my wings and try other roles.

"I'm just excited now to see what exit storyline the writers give Jason."

popular
Liveline listeners call for RTÉ's new property show to be scrapped
Negative Covid tests will be required to enter Ireland, Cabinet agrees
Father and daughter stabbed to death in London
Pantos can go ahead this Christmas but don't bring the children – Health Minister
Andrew McGinley receives messages of support from RTE staff after cancelled interview
14-year-old boy charged with murder of 12-year-old Ava White
Toy Show's sign language interpreter Amanda Coogan hailed a "national treasure"
You may also like
53 minutes ago
Calls for "much needed reform" of healthcare for marginalised women
1 hour ago
Vicky Pattison thanks fans for support after doctors find ovarian cyst
1 hour ago
82-year-old woman reunited with 35-year-old husband after 9 month Covid separation
2 hours ago
Almost 30,000 calls made to Women's Aid during the pandemic
2 hours ago
Doctor accused of making TikToks during surgeries banned from performing them
3 hours ago
Inquiry shows "one in three" Australian parliament staff have been sexually harrassed
Next Page