Could A Spice Girls/Little Mix Collaboration Be On The Way?

Girl Power will be brought to a whole new level!

Last week we got teased with a potential Boyzone and Westlife supergroup and now we could be seeing Little Mix joining up with the Spice Girls.

The girls from Little Mix have said that they want to mark the Spice Girls' 20th anniversary with a collaboration between the two girl bands. 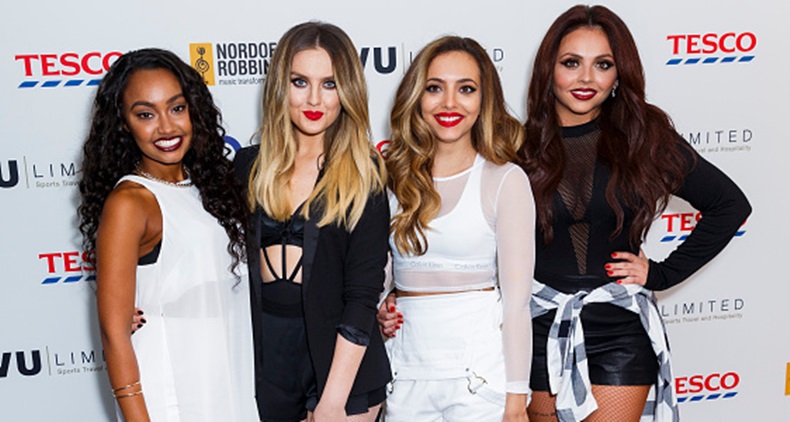 END_OF_DOCUMENT_TOKEN_TO_BE_REPLACED

Leigh-Anne Pinnock told Digital Spy recently,"We want to perform with them. That's our dream.  It would be great to do it with all of them."

The rest of the band shared the same view with Jade Thirlwall saying, "It would be amazing", and Perrie Edwards adding, "Fangirl central!"

'Wannabe' was released on July 8, 1996 and Spice Girls fans are hoping for something big to happen later this year. Mel B has previously hinted at a possible reunion for the band so this could be the answer.

Now all that's left to decide is their name, Little Spice, Spice Mix?

popular
Tributes paid as Sex and the City star Willie Garson dies aged 57
Germans shocked as cashier killed for asking about a face covering
Gabby Petito disappearance: FBI confirm remains found are that of missing woman
ISPCA issue urgent appeal for over 100 cats and kittens
New 911 call claims Brian Laundrie 'slapped' and 'hit' Gabby Petito
Designer Tom Ford's husband of 35 years dies at 72
Mother reunited with daughter who was abducted in 2007
You may also like
3 weeks ago
Baby on Nirvana’s Nevermind album cover sues over child exploitation
1 month ago
Laura Whitmore joins campaign to end sexual harassment at gigs
1 month ago
Dolly Parton is working on her first ever novel
1 month ago
A Lizzo and Cardi B collaboration is coming out tomorrow
1 month ago
Electric Picnic won't go ahead this year as Laois County Council refuse to grant licence
1 month ago
WATCH: WAP sign language interpreter steals the show at festival
Next Page