There are rumours flying around today that Courteney Cox and Matthew Perry are dating.

Newly single Courteney has been spotted having lunch with old friend and former co-star Matthew Perry. Courteney recently split from Snow Patrol's Johnny McDaid, after the couple called off their engagement.

People have been jumping to all sorts of conclusions when a picture of the two surfaced online. Some clever clogs even found a picture of how Matthew's character, Chandler, used to look at Courteney's character, Monica.

Matthew looks at Courtney the same way Chandler looks at Monica and I don't know what to do with myself pic.twitter.com/4ERfPr0QpC 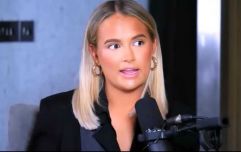 END_OF_DOCUMENT_TOKEN_TO_BE_REPLACED

While this is very much a rumour and the likelihood is Matthew was simply being there for Courteney, we really hope this is true. Could you imagine after all this time that they get together for real?

It would nearly be better than when Ashton Kutcher and Mila Kunis finally admitted they were dating.

We can picture the wedding now. 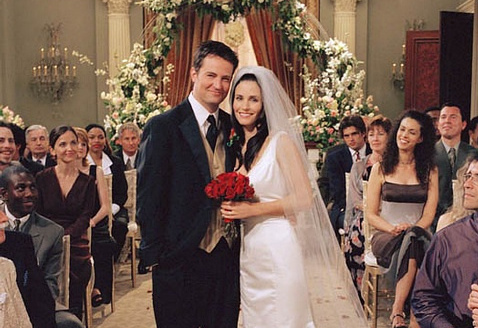 popular
A documentary about two Irish boys who skipped school to go to New York is coming soon
Ben Foden explains why he called Rachel Stevens "sexiest woman alive"
And Just Like That... episode 8: Nobody saw this one coming
People are only realising Kendall Jenner and Gigi Hadid are related and the reactions are gas
Special mass to be held for Urantsetseg Tserendorj's anniversary
These are the top baby names for 2022
Here are all the Instagram accounts of the stars of Netflix's Cheer
You may also like
1 month ago
Lindsay Lohan announces engagement to boyfriend Bader Shammas
2 months ago
Gigi Hadid speaks out after alleged dispute between Zayn Malik and Yolanda Hadid
6 months ago
"Who's laughing now?" Jake Quickenden claps back at trolls who called his baby "ugly"
7 months ago
Chrissy Teigen makes second public apology for "awful" cyberbullying
9 months ago
Inside Scoop: Paul Mescal pints, podcast reviews and new couple alerts!
2 years ago
Maura Higgins sparks rumours she's heading BACK to the Love Island villa with cryptic post
Next Page