According to reports the pair have tied the knot in secret, just over a year after getting engaged.

A source told the Sunday Mirror: “They have been planning their big day for a long time, and they couldn’t wait to be husband and wife. It was everything they wanted it to be and more.”

END_OF_DOCUMENT_TOKEN_TO_BE_REPLACED 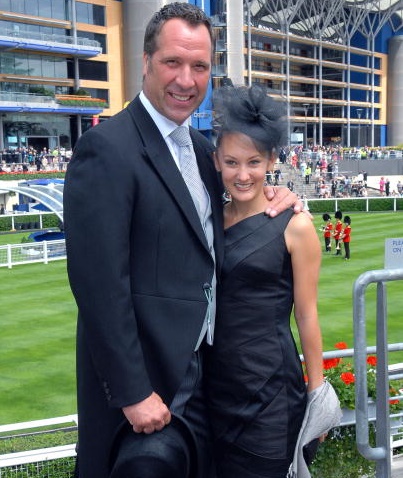 David and Frankie are said to be married.

David, who has been married twice before, and Frankie fell for each other after being put together for the Dancing On Ice live tour in 2008.

They went public with their relationship three months after he left his wife of 10 years, Debbie, with whom he has two children.

popular
Bride asks for divorce day after wedding following groom's disrespectful cake stunt
Here's why Nicola Peltz-Beckham's family are suing her wedding planners
Police believe they know what happened to missing dog walker Nicola Bulley
Woman who earns more than boyfriend 'gets the ick' because she has to pay for everything
Natalie Imbruglia's Torn is actually a cover and the original just isn't the same
Gwen Stefani reportedly pregnant with baby number four
These are the most popular names for babies born in February
You may also like
4 years ago
Turns out, this colour of wine gives you the WORST hangover
6 years ago
Pretty Little Liars actor Brandon Jones could be facing over five years in prison
6 years ago
Gwen Stefani Receives Massive Backlash After "Insulting" April Fools' Prank
6 years ago
Katie Price Names And Shames The Twitter Trolls Bullying Her Son Harvey
6 years ago
Kim Kardashian Blasts "Body-Shaming and Slut-Shaming" In Brilliantly Honest Post
6 years ago
WATCH: Emma Watson Launched HeForShe Arts Week On International Women’s Day
Next Page