I'm A Celebrity returned to screens this week and there's been a lot of chat with many criticising the show's new co-presenter, Holly Willoughby.

A couple of mortifying moments have unfolded too, see here, but none more so than last night when Declan Donnelly made a joke which made reference to his sex life with wife Ali Astall. 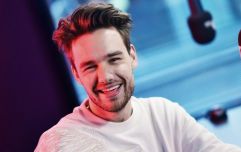 Liam Payne just made a cringey confession about his sex life

END_OF_DOCUMENT_TOKEN_TO_BE_REPLACED

Yep, Nick Knowles was chatting about his music career and this led Dec to say that he'd actually bought the album.

However, he then went one step further and said how he and his wife have, shall we say, managed to benefit from some of Nick's songs.

Yup, Dec went there (in yet another cringe move).

"I’m not afraid to say this but me and Mrs D, we found the album a big help in the bedroom". 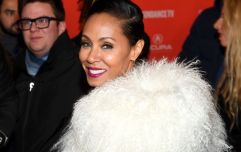 END_OF_DOCUMENT_TOKEN_TO_BE_REPLACED

According to OK magazine, he then said how one leg of their bed is a bit short so they used the CD to even things out and well, we'll say no more.

While we can see what he was trying to do, it was a very cringe joke all the same.

Unsurprisingly, Holly didn't know where to look and quickly moved the conversation along. Roll on tonight for more of the same...

Girls With Goals || Her · Ep.153: Scholarship Squad - We chat to Facebook's Claire O'Hara about our Smurfit Scholarship fund.
popular
Dad designs bikini line for transgender teens
Where are they now? The men of Sex & The City
REVIEW: 'Pilgrim Hill' - A Lonely Life in Rural Ireland
Someone has ranked the penis size of men from all over the world
Award winning Irish film about conversion therapy debuting this weekend
WATCH: The trailer for the Free Britney documentary is here
Here's what happens on every day of your menstrual cycle (roughly)
You may also like
2 months ago
Agony Can't: "My boyfriend refuses to wear a condom as he says they are uncomfortable, what should I do?"
3 months ago
Fact Not Fiction: Just how much do you know about vaginas and sexual health?
3 months ago
Distanced dating: The go-to guide for getting back on the horse
8 months ago
'Not just a celebration': Creators of Avocado Toast the series talk sex, sexuality, and swinging
8 months ago
Paul Mescal 'incredibly proud' of sex scenes in Normal People despite criticism
9 months ago
Are the IT GALZ up on their sexual health knowledge? We tested them to find out
Next Page