We need to talk about these "forensic artist predictions" of what little innocent babies are going to look like.

TMZ has gone to the trouble of commissioning a forensic artist, Joe Mullins, to determine what Saint West may look like a few years down the line.

Kim Kardashian and Kanye West, welcomed their second child Saint last week, and while there haven't been any pictures released of the little fella just yet, this fella reckons he knows what he'll look like at seven.

And here he is: 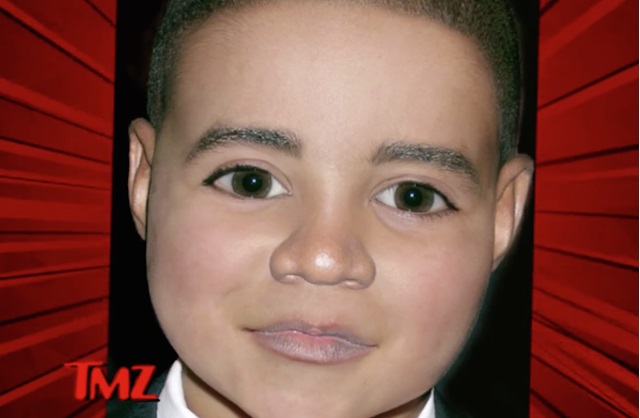 END_OF_DOCUMENT_TOKEN_TO_BE_REPLACED

Describing the creepy CGI baby, TMZ wrote: "Kanye West and Kim Kardashian’s son has his mama’s eyes and his daddy’s nose and cheeks."

Ah, come on now. He doesn't, can we all rein it in and remember that this is a COMPUTER baby.

They continued, "Mullins, who’s done this type of thing with Prince George and the Gosling baby, studied pics of Kim and Kanye and combined it with the latest forensic technology to get the mug. Naturally, Saint bears a striking resemblance to older sister North in the composite. We’re guessing he’s about 7 in this image."

We're not okay with this. Can we just leave the children alone?

popular
Family of four found dead in hotel sauna
Will the clubs be reopening on October 22? Here's what we know so far
Someone has ranked the penis size of men from all over the world
Police search for missing 4-year-old girl in Australian outback
"Real-life consequences": Strictly's Adam Peaty addresses near-kiss rumours
Here Are The Top 20 Most Common Pin Codes in The World
Irish TikTokers are telling their dads they paid €50 for 'premium air' in their tyres
You may also like
2 years ago
Turns out, this colour of wine gives you the WORST hangover
5 years ago
Pretty Little Liars actor Brandon Jones could be facing over five years in prison
5 years ago
Gwen Stefani Receives Massive Backlash After "Insulting" April Fools' Prank
5 years ago
Katie Price Names And Shames The Twitter Trolls Bullying Her Son Harvey
5 years ago
Kim Kardashian Blasts "Body-Shaming and Slut-Shaming" In Brilliantly Honest Post
5 years ago
WATCH: Emma Watson Launched HeForShe Arts Week On International Women’s Day
Next Page