If you've ever watched a movie starring Miles Teller and dreamed of being Mrs Teller - firstly, join the queue and secondly, the chances are now stacked against you as the actor got married at the weekend.

Marrying longterm girlfriend, Keleigh Speller, the pair flew to Hawaii to say their "I dos".

Popping the question in 2017 during a sunrise safari which comes four years after the pair first started dating, Miles revealed to E! that being with Keleigh is great because he gets the best of both worlds. 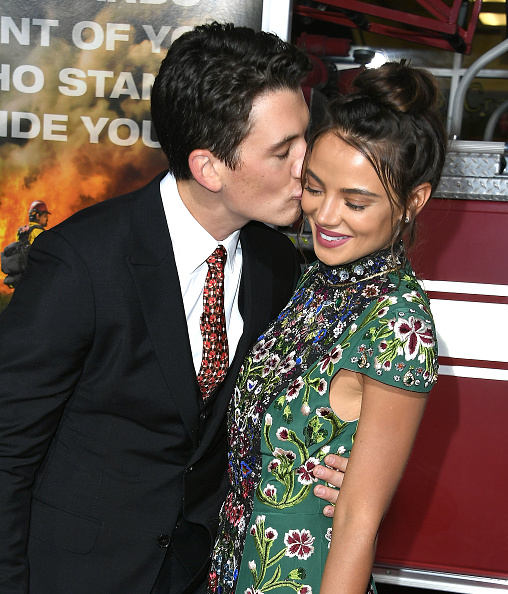 "Before her, I would never invite a girl into that world because I didn't think I could have both, but she's allowed me to be able to really focus on acting, do what I want to do. She can come to set and visit me and hang out and doesn't really distract me from it."

Sharing photos from a recent trip to Europe, Miles and Keleigh took to Italy where they shared some cute pictures kissing in a cave.

END_OF_DOCUMENT_TOKEN_TO_BE_REPLACED

Neither of them have yet spoken about their wedding over the weekend with details on the dress and location still under wraps.

As for movies, Miles will be back on the big screen next year when he stars alongside Tom Cruise in Top Gun: Maverick - slated for a June 2020 release.

popular
From Miami to Mallow: The Irish Instagram star who's renovating an old post office during lockdown
Aldi's velvet stools are just €25 and don't call us basic for wanting a pink one
Paul Mescal wore O'Neill's shorts while carrying cans of pink gin so I bought O'Neill's shorts and cans of pink gin
After days of silence, Scott and Sofia finally comment on the break up rumours
This amazing hanging egg chair is coming into Aldi next week and go, go go (but safely)!
"I called my Mum and we both cried" Niamh O'Donoghue on landing the dream job with Vogue
So, William and Harry have a step sister... and who knew?
You may also like
3 days ago
Today is the hottest day of the year, as temperatures set to rise to 26 degrees
3 days ago
Women and girls struggling with access to period products during #Covid-19, research shows
5 days ago
Irish pubs and restaurants could see 87 percent reduced capacity due to #Covid-19
5 days ago
Thursday set to be the hottest day of the year, says Met Éireann
5 days ago
Two years since Repealing the Eighth, Ireland shares its #RepealMemories
6 days ago
Irish Hairdressers Federation to propose guidelines for early reopening of salons
Next Page