He is no longer in custody.

Jared Padalecki was arrested this weekend on suspicion of assault.

The Gilmore Girls and Supernatural actor got into an alleged fight with two employees at a bar he owns in Austin, Texas.

Buzzfeed News reports that Padalecki, who is 37-year-old, was arrested after allegedly hitting two employees in the face following an argument.

Local police were called to the bar, Stereotype, at approximately 2am. 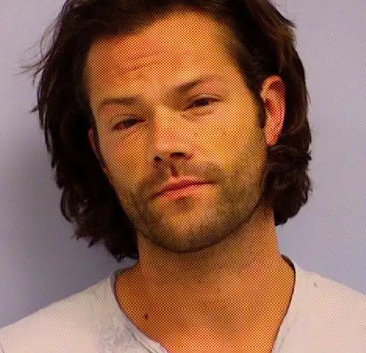 Footage obtained by TMZ shows the actor putting another man in a headlock on the street outside the bar.

Another video depicts him taking money from his pocket while leaning on a car as police officers watch from afar.

"What's he doing, trying to pay them off?" asks a voice from inside of the bar.

Padalecki is then led into the back of the police car.

He is no longer in custody.

Girls With Goals || Her · Ep.151: 'A Story Shared' - Aoife P. Rafter on blogging during a pandemic and living with CF
popular
Netflix announces new true crime documentary series: The Vanishing At The Cecil Hotel
Here's what will happen in Bridgerton season 2 - if Netfix goes by the books
QUIZ: How well do you remember these minor characters from Friends?
Someone has ranked the penis size of men from all over the world
When will lockdown end in Ireland?
QUIZ: How well do you really remember the first episode of Grey's Anatomy?
Science says this is how many dates you have to go on before you find 'The One'
You may also like
4 days ago
Matt Czuchry says he knows who the father of Rory’s baby is on Gilmore Girls
3 weeks ago
"I smell snow" - Here's a list of all eight Gilmore Girls Christmas episodes
3 months ago
Will there be a second season of Gilmore Girls: A Year In The Life? Here's what we know
3 months ago
QUIZ: How well do you remember the first episode of Gilmore Girls?
3 months ago
Oy with the poodles already! Alex and Ani have released a Gilmore Girls collection
11 months ago
Gilmore Girls creator, Amy Sherman-Palladino, has hinted at another reboot for the show
Next Page