It's going to be a great season.

Grey's Anatomy is returning for its 18th season and today they announced a certain former doctor will be returning to our screens.

Kate Walsh will be returning to her role as gynaecological and neonatal surgeon Dr Addison Montgomery, which she initally left after eight seasons on the show.

END_OF_DOCUMENT_TOKEN_TO_BE_REPLACED

While it was announced on Shonda Rhimes', the creator of the show, production company's Instagram account, Kate also took to her own TikTok to make a hilarious announcement of her own.

One popular TikTok trend has been circulating on the app called "Questions I Get Asked", where along with a simple dance, the question appears and by the last dance move, you answer it. 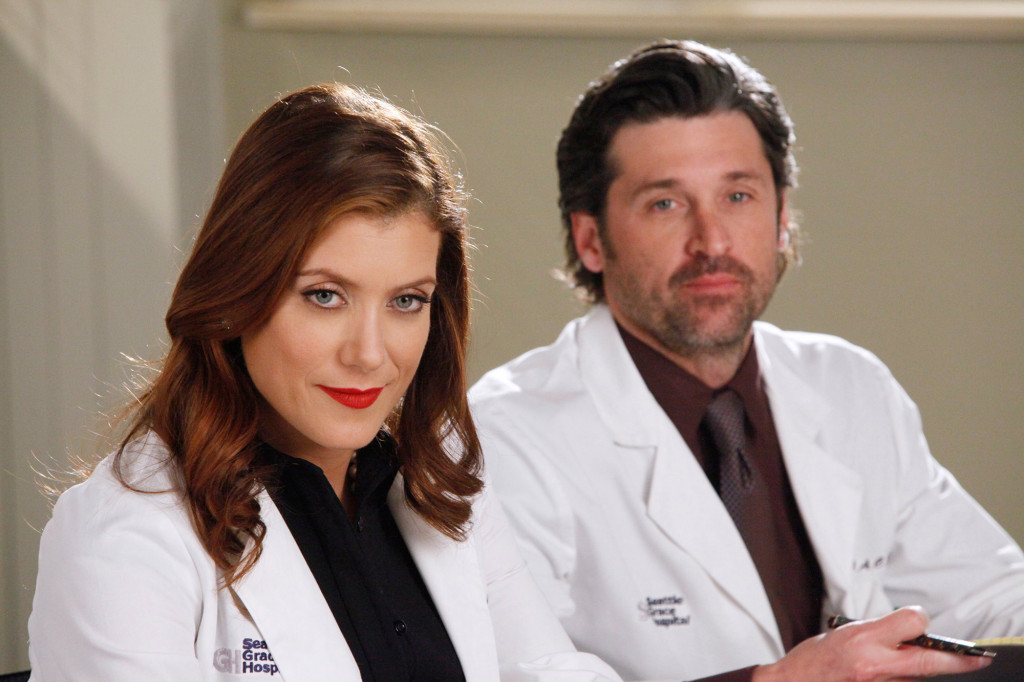 Taking this as the perfect time to make her announcement, Kate jumped on the trend, but gave her own spin on it.

END_OF_DOCUMENT_TOKEN_TO_BE_REPLACED

With the question "Will you ever come back to Grey's Anatomy?" showing up on the screen, Kate says yes before it quickly transitions to her in a doctor's coat and the music changes.

Mouthing along to the "surprise b*tch" sound from American Horror Story, she instantly bursts out laughing and goes back to dancing. To say she's excited is an understatement.

Fans couldn't get over the news in the comments, with the general theme being that they're all on the verge of death due to the news.

END_OF_DOCUMENT_TOKEN_TO_BE_REPLACED

One fan said: "IM HAVING MY SECOND PANIC ATTACK OF THE DAY HELP."

Another added: "somebody sedate me-"

A third said: "Addison's entrance better be as iconic as "and you must be the woman who's been screwing my husband"."

A fourth was just happy to see her dance moves, saying: "Kate I love your little dancey dance."

Kate was first in Grey's Anatomy when she was brought in as Derek Shepard's estranged wife in the season one finale.

Becoming a series regular in seasons two and three, she later only made guest appearances until season eight when she got her own spin off show, Private Practice.

Private Practice ran for six seasons from 2007 to 2013 and followed Kate's character as she left Grey Sloan Memorial Hospital and headed for her own private clinic in Los Angeles.

popular
This Netflix Christmas film is being dubbed the perfect rom-com
Shops could be required by law to take cash payments under new bank rules
Only watch this new Netflix film if you want to bawl your eyes out
Nicola Coughlan lands "lifelong dream" role as she gets cast in Oliver Twist
Here's how you can watch all the Harry Potter movies on TV this Christmas
Stevie Nicks leads tributes following the death of Christine McVie
Why Are Men so Obsessed With Boobs? The Answer is Pretty Surprising...
You may also like
2 weeks ago
Zoë Kravitz confirms that there won't be a third season of Big Little Lies
3 weeks ago
Here's how to watch The White Lotus in Ireland
3 weeks ago
WATCH: The trailer for Dead to Me is here
1 month ago
Netflix reveals full line-up of new shows and movies arriving in November
1 month ago
The trailer for Firefly Lane season two is here
1 month ago
Netflix to crack down on password sharing soon
Next Page