The debate over the royal title is ongoing.

A source close to Harry and Meghan has said they allegedly rejected a royal title for Archie was because it had the word "dumb" in it.

Prince Harry is the Earl of Dumbarton, a title that Archie would inherit if he received a royal title.

END_OF_DOCUMENT_TOKEN_TO_BE_REPLACED

One source told The Telegraph: "They didn't like the idea of Archie being called the Earl of Dumbarton because it began with the word 'dumb'."

They added that the couple would be "worried about how that might look".

A different source also told the publication that it "wasn't just Meghan who pointed out the potential pitfalls", but that it "also bothered Harry".

The debate over Archie's titles has been ongoing for some time now.

END_OF_DOCUMENT_TOKEN_TO_BE_REPLACED

Meghan had previously stated that her children would not receive royal titles under the reign of Prince Charles.

During her tell-all interview with Oprah Winfrey, Meghan shared her concern over the "idea of the first member of colour in this family not being titled in the same way that other grandchildren would be." 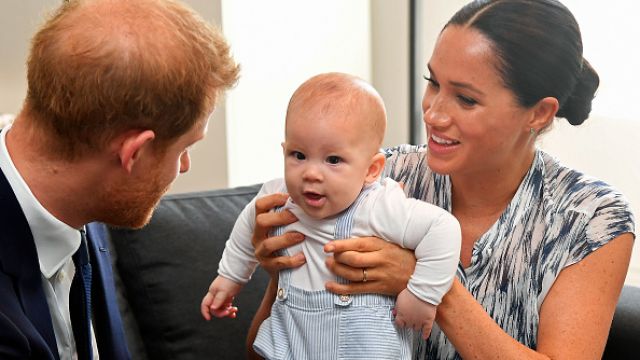 She continued: "There’s a convention - I think it’s the George V or George VI convention - that when you’re the grandchild of the monarch, so when Harry’s dad becomes king, automatically, Archie and our next baby would become prince or princess.

END_OF_DOCUMENT_TOKEN_TO_BE_REPLACED

"It’s not their right to take away. Even with that convention I’m talking about, while I was pregnant, they said they want to change the convention for Archie. Well, why?"

At the time, man disputed Meghan's statement. However, she turned out to be correct.

The Mail on Sunday revealed that Charles wants to limit the number of key royals, due to high costs, which means that Archie won't be considered as one.

Charles has apparently told the Sussexes that he is changing key legal documents to make sure that Archie won't get a title at all, despite it usually being inherited at birth.

popular
Here's who Yvonne Connolly wants Jack Keating to couple up with
Rachel Stevens has split from her husband just weeks before their 13th anniversary
Irish girls name was the most used Irish name in the United States last year
10 stunning and affordable outfits that are perfect for a summer wedding
Love Island's Gemma finally tells villa about dad Michael Owen on TV
5 simple ways to build a more positive mindset, according to an Irish therapist
Yes, Ronan Keating's son is entering the Love Island villa
You may also like
3 weeks ago
Harry and Meghan release brand new picture of Lilibet to mark 1st birthday
4 months ago
The dress Meghan Markle wore in her Oprah interview is going into a museum
4 months ago
Turns out, the Duchess of Cornwall had a rather harsh nickname for Meghan
4 months ago
Prince Harry reveals he "does not feel safe" coming back to the UK
5 months ago
Prince Harry and Meghan Markle concerned over Spotify misinformation
5 months ago
Cardi B wants to have "a chat" with Meghan Markle after defamation lawsuit
Next Page