Leaving the royal family has changed Harry and Meghan.

And, it would seem, entirely for the better.

The couple announced their decision to step back from their royal duties earlier this year.

Sharing a remarkable and incredibly unexpected statement on their Instagram account, they said that they intended to become financially dependant, split their time between the UK and Canada, and raise their son Archie across two nations - away from the furore of public speculation and the hounding of the press.

Since then, Buckingham palace have announced that the couple will no longer be permitted to use their HRH titles.

As of this spring, they will also no longer represent the Queen, nor will they receive any public funding for their royal duties.

The split, although undoubtedly amicable, had its consequences - changes that many people (most of whom busy themselves with the comment sections of Facebook posts and tabloid news articles day in and day out) commended.

"Good," they said. "This is what they deserve."

But really, isn't this what they wanted too? 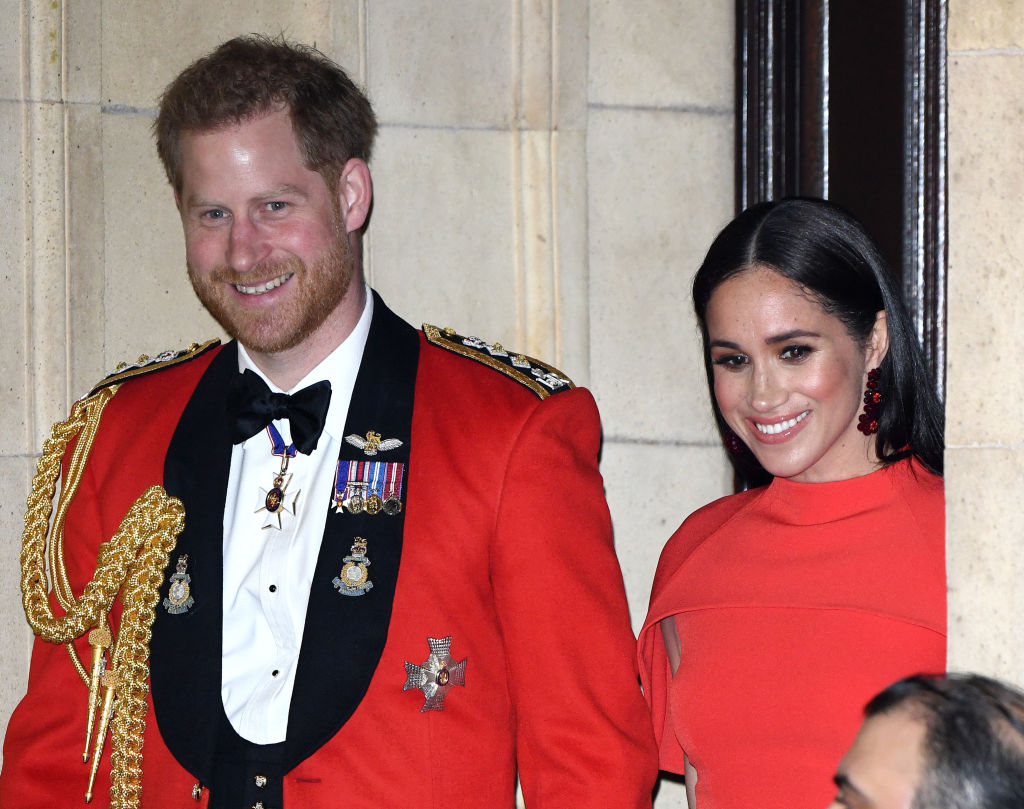 END_OF_DOCUMENT_TOKEN_TO_BE_REPLACED

Twitter has always - thankfully - been kinder to Meghan Markle.

The onslaught of complaints and hatred that was immediately directed her way following their decision to leave didn't quite make it to trending topics.

Instead, timelines (or mine, at least) were predominantly filled with memes - the vast majority of which applauded Meghan for managing to escape from a restrictive and tethered way of life that openly scrutinised every move she made.

The past week or so has been no different, as the platform has been awash with an outpouring of support featuring an almost congratulatory tone, marking the couple's few final events as senior members of the royal family.

Samir Hussein's iconic and really quite incredible image from the Endeavour Fund Awards went viral last week, as the photographer managed to capture an image of the couple as they entered a new - and entirely welcome - chapter of their lives.

My Harry & Meghan photo in black & white. Thank you for all the love for this picture! pic.twitter.com/WezCSC7hfm

In it, they look profoundly happy - a sharp contrast to the royal tour interviews of the past where Meghan openly admitted (to little empathy) that she was not OK.

END_OF_DOCUMENT_TOKEN_TO_BE_REPLACED

Hussein's photo was just one of the many instances that have separated the Harry and Meghan of now from that of old.

Where there was once cursory glances of support, there is now hand holding that is so fierce and so absolute, it's a wonder that they somehow managed to hide how they felt before.

Prince Harry and Meghan Markle’s love language is out of this world. I felt like I just watched a conversation happen! Imagine having a complicity this strong with someone! pic.twitter.com/9JJceLTpD7

A few days after the initial announcement to leave the royal family was made, Prince Harry told a charity event that he had been left with "no choice" but to quit his royal duties - and the swathes of press attention that come with them.

"I want you to hear the truth from me," he said. "Not as a prince, or a duke, but as Harry, the same person that many of you have watched grow up over the last 35 years - but with a clearer perspective."

The decision to leave was made with the intention of taking a step back, out of the limelight and away from a machine that operates only to scrutinise and to, ultimately, destroy.

There was support, but there was also criticism; waves of complaints that the couple had opted to run instead of giving their all, to hide instead of facing what was expected of them.

But clearly, they're not hiding. Now, it seems that they're more defined than ever.

popular
Glossier: A first-time buyers guide to this cult beauty brand
J.K. Rowling has signed an open letter calling for the end of cancel culture
QUIZ: How well do you remember The Princess Diaries?
5 reasons why Limerick is an ideal staycation destination this summer
Someone has ranked the penis size of men from all over the world
James Franco Has Opened Up About His Relationship With Lana Del Rey
Here's what happens on every day of your menstrual cycle (roughly)
You may also like
2 months ago
If this video of Meghan reading to baby Archie doesn't cheer you up, you're clearly dead inside
2 months ago
Prince Harry and Meghan Markle volunteer to deliver meals to vulnerable in LA
2 months ago
Harry and Meghan say they will 'not be engaging' with UK tabloid press anymore
3 months ago
Meghan Markle's favourite mascara is one of the all-time beauty greats
3 months ago
Meghan Markle and Prince Harry have revealed the name of their new non-profit organisation
3 months ago
Insider shares update on how Meghan, Harry and Archie are adjusting to life in California
Next Page