The 25-year-old, who is the daughter of Bruce Willis and Demi Moore, is said to be smitten with the television actor who she has been seeing for three months.

A source told the Sunday Mirror: “They are inseparable and using the ‘L’ word already... Rumer sees him as a permanent fixture in his life”.

Rumer has had roles in Hostage and The House Bunny while Ricky is best known for starring in Hollyoaks and Mistresses. 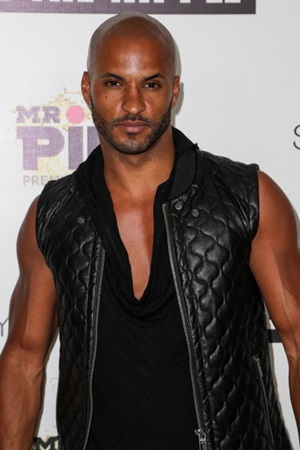 popular
TikTok sued after girls die during 'blackout challenge'
Love Island fans think someone has left after Luca arrives back to empty bed
Friends creator says they regret not using correct pronouns on the show
Ofcom has received nearly 800 complaints about Love Island so far
Penneys has a perfect dupe for Charlotte Tilbury's Flawless Filter foundation
Airport outfits are all the rage as we head abroad - here are the 4 best ones
Samuel gives his take on Paige and Jacques while Tasha cracks on with Billy in Love Island tonight
You may also like
3 years ago
Turns out, this colour of wine gives you the WORST hangover
6 years ago
Lily Allen has revealed that she was stalked for seven years
6 years ago
Pretty Little Liars actor Brandon Jones could be facing over five years in prison
6 years ago
Gwen Stefani Receives Massive Backlash After "Insulting" April Fools' Prank
6 years ago
Katie Price Names And Shames The Twitter Trolls Bullying Her Son Harvey
6 years ago
Kim Kardashian Blasts "Body-Shaming and Slut-Shaming" In Brilliantly Honest Post
Next Page