Josh Hutcherson, well known for his role as Peeta Mellark in the Hunger Games films, has said he wants to experience cannibalism.

According to various reports, the actor said he is eager to find out what human flesh "tastes like" but made a point of saying that he would never want anyone to die specifically for that cause.

In an interview with GQ magazine, 22-year-old Josh said: "I don't want somebody to die for me to eat them. However, if someone happened to die from natural causes and it was not so taboo ... I'm curious".

END_OF_DOCUMENT_TOKEN_TO_BE_REPLACED 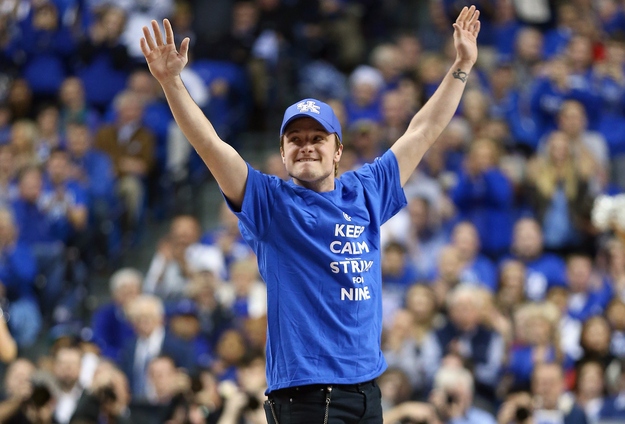 Josh has a desire to taste human flesh

Josh also spoke about his relationship with Hunger Games co-star Jennifer Lawrence, saying that there was no sexual attraction between them.

''If we were at all sexually attracted to each other, it would be the most intense relationship in the world. But there's never been an ounce of that between us. It's been brother and sister from the beginning" he said.

The latest instalment of the Hunger Games series, Hunger Games: Mockingjay Part 1, is due for release later this month and you can catch up on the trailer here... we might be a little bit excited.

Girls With Goals || Her · Ep.153: Scholarship Squad - We chat to Facebook's Claire O'Hara about our Smurfit Scholarship fund.
popular
Matthew Perry's dad was a character on Friends and how did we not notice?
Irish people urged to send a hug to loved ones on National Hugging Day in aid of Ronald McDonald House
Gwyneth Paltrow's vagina candle "explodes" in woman’s living room causing fire
Robbie Williams "fairly sick" with Covid while holidaying in Caribbean
Gilmore Girls star says he didn't storm the Capitol, praises those who did
Josepha Madigan compares issues around schools reopening to Mother and Baby Homes
Someone has ranked the penis size of men from all over the world
You may also like
1 year ago
Turns out, this colour of wine gives you the WORST hangover
4 years ago
Pretty Little Liars actor Brandon Jones could be facing over five years in prison
4 years ago
Gwen Stefani Receives Massive Backlash After "Insulting" April Fools' Prank
4 years ago
Katie Price Names And Shames The Twitter Trolls Bullying Her Son Harvey
4 years ago
Kim Kardashian Blasts "Body-Shaming and Slut-Shaming" In Brilliantly Honest Post
4 years ago
WATCH: Emma Watson Launched HeForShe Arts Week On International Women’s Day
Next Page