'I'm excited': Kristin Cavallari confirms she is returning to The Hills

Kristin Cavallari has confirmed she is making a return to The Hills.

However, it looks like her appearance will be just a cameo - for now.

The 33-year-old confirmed the news to Entertainment Tonight on Thursday, at the Uncommon James SS20 launch party. 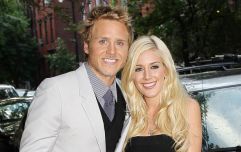 END_OF_DOCUMENT_TOKEN_TO_BE_REPLACED

“Yeah, I’m going to make an appearance on The Hills,” she said.  "I  don’t know what I can and can’t say. Clearly, I just say always so much, but people expect that from me.

"I’m excited! I’m actually very excited. I think it’s going to be fun to go back and see the old gang and, yeah, I’m looking forward to it.” 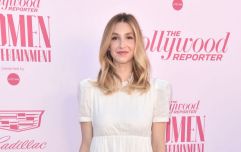 END_OF_DOCUMENT_TOKEN_TO_BE_REPLACED

"They just started filming. I don't know when I will start filming or what's happening yet, but I will be," she continued - noting that her husband, Jay Cutler, wouldn't be joining her on the return to the MTV series.

"Oh, my God. Wouldn't that be funny? No, he's not. He would never. He wouldn't do it." she explained. "I can barely get him to do Very Cavallari.... He's the best. I think secretly he has fun doing it. He would never admit it. I can tell. He's really good at it. He's coming into his own."

She added that she wasn't sure what to expect for her return to The Hills.

"It's a whole new production team, so hopefully it's not as manufactured, but we will see. I'm happy to be a part of an iconic show, Laguna Beach and The Hills. I mean, it's cool and I think it's awesome that people are still so invested in that here we are 10 years later," she said.

popular
Irish girls name was the most used Irish name in the United States last year
Here Are The Top 20 Most Common Pin Codes in The World
Why Are Men so Obsessed With Boobs? The Answer is Pretty Surprising...
Mindhunter's Brian Tench storyline is based on a real child murder case from the '70s
Science says this is how many dates you have to go on before you find 'The One'
Love Island fans are scratching their heads after finding Tasha's maternity photoshoot
Selling Sunset's Maya Vander experiences miscarriage
You may also like
3 years ago
The first trailer for the reboot of The Hills is FINALLY here
3 years ago
Whitney Port just revealed that one of the most iconic scenes from The Hills was FAKED
3 years ago
Heidi Montag had this to say about Lauren Conrad ahead of The Hills reboot
3 years ago
Mischa Barton has shared the first look at The Hills reboot and OMG
3 years ago
The OC star Mischa Barton just confirmed she's joining The Hills reboot
3 years ago
YES! One of the biggest stars of The Hills is joining the reunion
Next Page