Tulisa Contostavlos has spoken out about how she felt when she was charged with supplying class A drugs.

The 26-year-old spoke to Good Morning Britain’s Charlotte Hawkins about attempting to take her own life : “It just all got too much for me. I’m not going to sit here and want a pity party. It was a dark time, a very dark moment but I’ve got through it and I am here today”.

She added: “It’s been the most difficult year of my life but at the same time I always try to take a positive from a negative and it’s given me the kind of life experience that you can’t buy - that it takes some people ten years to gain. It’s also made me a wiser person. Stronger”.

END_OF_DOCUMENT_TOKEN_TO_BE_REPLACED

Last week Tulisa’s drugs trial collapsed due to the misconduct of undercover reporter Mazher Mahmood. Speaking about being deceived, she explained: “I felt a million emotions. How could I have not seen it. I felt like my life was over. Like someone had taken my life away. They took it out of my hands and took it away in a second”.

The former N-Dubz star revealed that she had prepared herself for the worst: “Prison was very scary at first but then I had to come to terms with it because I thought it was a possibility… I accepted it. The biggest fear for me was losing my livelihood; something I have worked for from the age of 11 years old.

“I’ve not known anything else, it’s all I have had. It’s my life. I just woke up one day and it was taken out of hands - I had no control - I couldn’t work I couldn’t speak to clear my name because of legal reasons. I just had to sit in silence just being bashed left right and centre by the media - and being portrayed as a monster”. 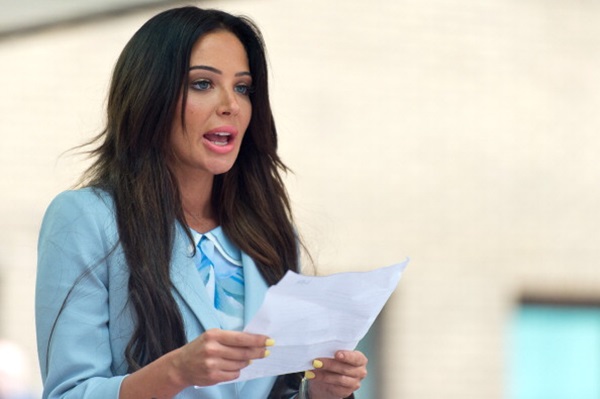 END_OF_DOCUMENT_TOKEN_TO_BE_REPLACED

While she is over the worst of it Tulisa, who admitted to smoking weed but denied dabbling in cocaine, said she has become paranoid: “It’s made me a paranoid wreck when it comes to people. You are always looking over your shoulder - who is out to get me next”.

She added: “I have no idea what is going to happen - no idea how the public will feel about me coming back. I’ve been portrayed as a monster. I’m going to try and go back to what I love again”.

In a separate case, the former X Factor judge was found guilty of and fined for assaulting celebrity blogger Savvas Morgan at last year’s V Festival.

Tulisa Contostavlos on Good Morning Britain Monday from 6.00am on ITV.