Will Arnett has officially filed for divorce from his wife, comedian and actress Amy Poehler.

According to People magazine, Will, who stars in CBS drama The Millers, filed a divorce petition citing irreconcilable differences.

The pair announced their split in September 2012 but it is only now that it has been made official.

END_OF_DOCUMENT_TOKEN_TO_BE_REPLACED

Reports say the couple, who married in 2003, are seeking joint custody of their two sons, Archie (5) and Abel (3).

Amy co-hosted this year's Golden Globes ceremony alongside Tina Fey and is also well known for her role in Parks and Recreation.

20007 film Blades of Glory saw Will and Amy appear alongside each other as a brother-sister ice-skating team and they have also acted together in On Broadway among other productions.

Since June 2013, Amy has been dating actor Nick Kroll. 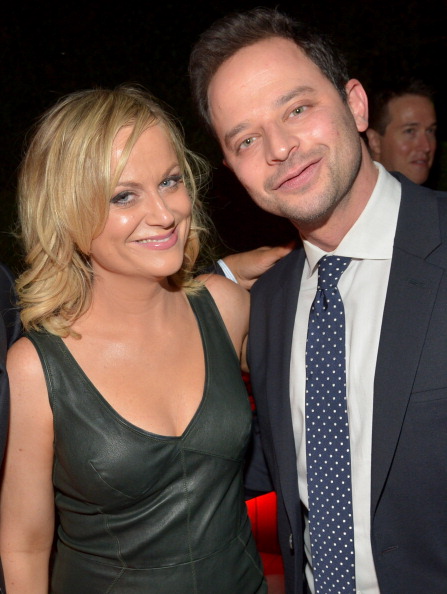 popular
Women are rinsing their hair in apple cider vinegar – and the results are amazing
Viewers left unimpressed after “ridiculous” Operation Transformation scene
Horrifying CCTV footage shows woman being kidnapped by her boyfriend
Irish people expecting babies via surrogate in Ukraine urge to contact Foreign Affairs Department
The Puppet Master: Where is Robert Hendy-Freegard now?
"Hair contouring" is about to be huge, here's everything you need to know
Mark Labbett apologises after storming off The Chase set
You may also like
2 years ago
Turns out, this colour of wine gives you the WORST hangover
5 years ago
Pretty Little Liars actor Brandon Jones could be facing over five years in prison
5 years ago
Gwen Stefani Receives Massive Backlash After "Insulting" April Fools' Prank
5 years ago
Katie Price Names And Shames The Twitter Trolls Bullying Her Son Harvey
5 years ago
Kim Kardashian Blasts "Body-Shaming and Slut-Shaming" In Brilliantly Honest Post
5 years ago
WATCH: Emma Watson Launched HeForShe Arts Week On International Women’s Day
Next Page