The Hollywood Foreign Press Association have released the full list of Golden Globe nominees for 2016, and it includes several Irish names.

Other films nominated in the Best Drama include Mad Max: Fury Road, Spotlight, The Revenant and Room, directed by our own Lenny Abrahamson. The film based on the book of the same name by Emma Donoghue is also hotly tipped for Oscar success in the New Year. 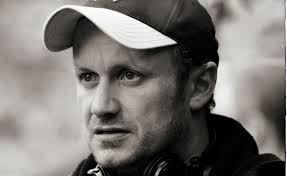 Saoirse Ronan was also nominated for Best Actress in a Drama for her stellar performance in Brooklyn.

Lady Gaga who recently turned to acting in AHS: Hotel was also nominated for the Best Actress In A Miniseries category.

The ceremony will be held on January 10th 2016 and will be once again hosted by Ricky Gervais, having been MCed the previous two years by Tina Fey and Amy Poehler.

popular
A celebrity hairstylist just shared a genius hack for the perfect messy bun
What we can expect from Emily in Paris seasons 3 and 4
Here are all the Instagram accounts of the stars of Netflix's Cheer
Penneys has a new homeware collection – and it looks so high-end
YouTube star Adalia Rose dies, aged 15
Here's what happens on every day of your menstrual cycle (roughly)
5k walk in aid of Women's Aid to take place in honour of Ashling Murphy
You may also like
6 days ago
Kenneth Branagh's Belfast wins Best Screenplay at Golden Globes
1 month ago
Irish actresses Caitríona Balfe and Ruth Negga among Golden Globe nominees
10 months ago
WATCH: Honest ad about breastfeeding struggles airs during Golden Globes
10 months ago
Chadwick Boseman's wife accepts Golden Globe award on his behalf
2 years ago
Tina Fey and Amy Poehler have been announced as the new Golden Globes hosts
2 years ago
There was a very cute One Tree Hill reunion at a Golden Globes after party
Next Page