Jacqueline Jossa has reportedly turned down a return to EastEnders after her I'm A Celebrity...Get Me Out Of Here! win.

The Queen of the Jungle played Lauren Branning on the iconic soap from 2010 until 2018.

And, according to The Sun, she was approached about the possibility of returning to Albert Square a few months ago - only to turn it down in favour of other opportunities.

“Jacqueline had a few conversations with bosses about a big return four months before she entered the jungle," an insider told the publication. “After weighing up her options she just felt the money wasn’t enough compared to what she could earn elsewhere."

The source added that Jacqueline "loves EastEnders and thoroughly enjoyed her time on the show". 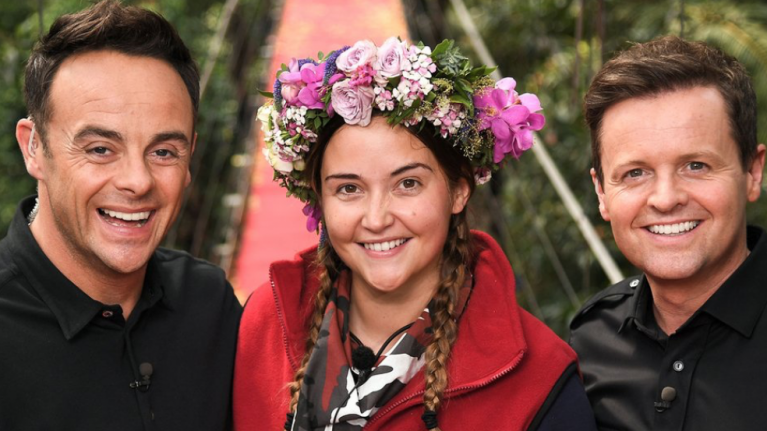 "But Jacqueline is a very talented young woman and not just when it comes to acting," the insider continued. "There are lots of strings to her bow and there's lots of things she wants to try, which she can't do when she's on EastEnders."

The source explained that now that Jacqueline is out of the jungle, there will be "no shortage of offers" - and that Jacqueline may make £1 million over the next 12 months, from everything form Instagram posts to a possible fashion deal.

“She’s expected to want to follow in the footsteps of Emily Atack who has really cashed in over the last year with lucrative presenting roles and TV opportunities," they said.  "There will undoubtedly be a big fashion deal up for grabs if she wants that too - Jacqueline represents real women and she's hugely popular among them.

“There’s no doubt she will return to acting at some point and that is her ultimate passion, but for now she’s planning to make as much money as she can - and she will.”

popular
Gwen Stefani reportedly pregnant with baby number four
"I want to be a mummy:" Sam Smith on their dream to have children
The Body on The Cube has finally been unmasked after 11 years
So apparently Kourtney Kardashian is now dating 20-year-old, Luka Sabbat
Life's Mottos: Top Ten Inspirational Quotes
Dirty Dancing officially arrives on Netflix today and that's our Sunday sorted
WATCH: Paul Mescal and Daisy Edgar Jones's first Normal People audition is stunning
You may also like
8 months ago
Jacqueline Jossa 'in talks' to replace Michelle Keegan in BBC1's Our Girl
9 months ago
Jacqueline Jossa defends herself after fans criticise her for leaving her kids to enter the jungle
10 months ago
Kylie Jenner sent a message to Jacqueline Jossa and her reaction was priceless
10 months ago
Dan Osborne makes public apology to his wife Jacqueline Jossa following cheating allegations
10 months ago
'This isn't new for me' Jaqueline Jossa addresses cheating claims about husband, Dan Osbourne
10 months ago
I'm A Celeb's Jacqueline Jossa had the best response to pregnancy rumours
Next Page