Jada Pinkett Smith has finally broken her silence after her husband Will Smith issued an apology for slapping Chris Rock at the Oscars.

The 50 year old actress took to Instagram to give her take following on from Sunday night's on stage incident. 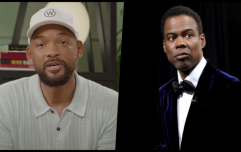 END_OF_DOCUMENT_TOKEN_TO_BE_REPLACED

Rock made a joke at Jada's expense which caused her husband Will to take matters into his own hands. He joked about her shaved head, which Will and Jada both took offence to, as she shaved it due to having alopecia.

Will then stormed the stage, slapped Chris and shouted "Keep my wife’s name out of your f***ing mouth."

Taking to Instagram, Jada simply said: "This is a season for healing and I’m here for it." 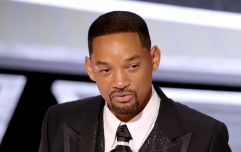 END_OF_DOCUMENT_TOKEN_TO_BE_REPLACED

This came after Will apologised to Chris and the Academy for his "unacceptable and inexcusable" behaviour and acknowledged that he was embarrassed by what he had done.

“Violence in all of its forms is poisonous and destructive,” Will wrote on Instagram. “My behavior at last night’s Academy Awards was unacceptable and inexcusable. Jokes at my expense are part of the job, but a joke about Jada’s medical condition was too much for me to bear and I reacted emotionally. I would like to publicly apologize to you, Chris. I was out of line and I was wrong.”

Jada has openly spoken of her "terrifying" experience with the hair loss condition for several years, first revealing she was suffering from it in 2018. 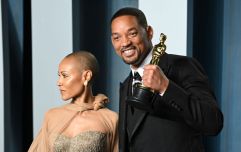 END_OF_DOCUMENT_TOKEN_TO_BE_REPLACED

"A lot of people have been asking why I've been wearing turbans. Well, I haven't talked about it. It's not easy to talk about, but I am going to talk about it," she said at the time on an episode of her Facebook series, Red Table Talk.

"I was in the shower one day and had just handfuls of hair in my hands and I was just like, 'Oh my God, am I going bald?'" she continued. "It was one of those times in my life where I was literally shaking in fear. That's why I cut my hair, and why I continue to cut it."

Alopecia is an auto-immune condition in which hair follicles are attacked, leading to bald patches and hair loss.

popular
Davide Sanclimenti opens up on having kids with Ekin-Su Cülcüloğlu as he turns down Dancing On Ice
Angelina Jolie accuses ex-husband Brad Pitt of abuse
Molly Mae Hague fans are convinced she just accidentally revealed her baby's gender
Rebekah Vardy asks Coleen Rooney to give legal fees to charity
It looks like Ireland could get a white Christmas this year
WATCH: The trailer for Florence Pugh's new Irish film is here
Inbetweeners co-stars Joe Thomas and Hannah Tointon welcome their first child
You may also like
5 months ago
Liam Payne finally explains weird accent during hilarious Oscars interview
6 months ago
Will Smith was asked to leave Oscars but refused to leave, Academy says
6 months ago
Will Smith's mom defends son after Chris Rock slap
6 months ago
Will Smith apologises to Chris Rock for slapping him at Oscars
6 months ago
Jada Pinkett Smith on her "terrifying" years-long struggle with alopecia hair loss
6 months ago
A timeline of Will Smith and Chris Rock's relationship
Next Page