Oscar-winning actress Jennifer Lawrence has spoken out on the gender pay gap in in a new essay entitled 'Why Do I Make Less Than My Male Co-Stars?' in this week’s Lenny Letter, Lena Dunham’s new weekly email newsletter.

Lawrence acknowledges up front that her experience as a working woman isn’t “exactly relatable.”

To put that into perspective, the 25-old-year was named Hollywood’s highest paid leading actress, with her earnings over the past year reaching $52 million.

END_OF_DOCUMENT_TOKEN_TO_BE_REPLACED

And while that figure sounds huge (because, let’s face it, it is), last year’s Sony hack revealed that it could have been a whole lot more substantial.

The leaked emails showed that Lawrence was paid considerably less than her American Hustle co-stars Christian Bale and Bradley Cooper. She also received seven per cent of the movie profits compared to the nine per cent received by her male co-stars.

In today’s essay Jennifer writes: “When the Sony hack happened and I found out how much less I was being paid than the lucky people with d****, I didn’t get mad at Sony. I got mad at myself. I failed as a negotiator because I gave up early.” 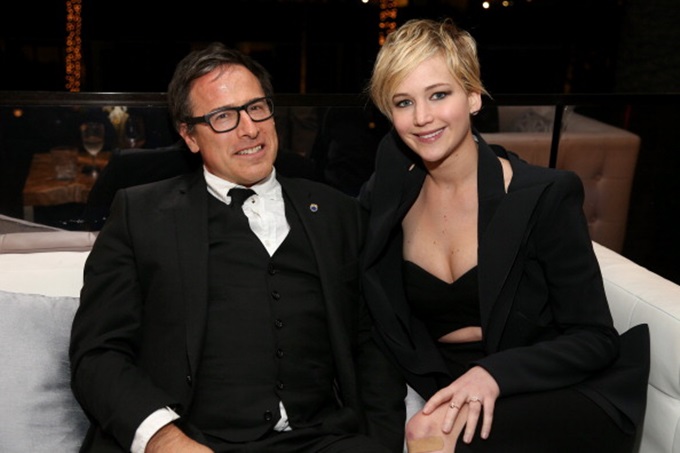 She explains that she has previously closed her deals “without a real fight” to avoid becoming known as “difficult” or a “spoiled brat.”

“Spoilt brat” was the term used to describe Angelina Jolie in the same batch of leaked Sony emails, something Jennifer also comments on in her essay: “For some reason, I just can’t picture someone saying that about a man.”

Lawrence goes on to ask: “This could be a young-person thing. It could be a personality thing. I’m sure it’s both. But this is an element of my personality that I’ve been working against for years, and based on the statistics, I don’t think I’m the only woman with this issue. Are we socially conditioned to behave this way?”

END_OF_DOCUMENT_TOKEN_TO_BE_REPLACED

She continues: “I'm over trying to find the 'adorable' way to state my opinion and still be likable! F*** that. Jeremy Renner, Christian Bale, and Bradley Cooper all fought and succeeded in negotiating powerful deals for themselves. If anything, I’m sure they were commended for being fierce and tactical, while I was busy worrying about coming across as a brat and not getting my fair share.”

J-Law, we salute you.

To read her complete essay, register for Lenny Letter here. (You really should; it's great.)

Girls With Goals || Her · Ep.151: 'A Story Shared' - Aoife P. Rafter on blogging during a pandemic and living with CF
popular
I'm A Celeb end date confirmed as series wraps up early
Roz Purcell apologises for error with new clothing line amid sizing criticism
The way Diana told William about Charles's affair with Camilla will break you
Here's what happens on every day of your menstrual cycle (roughly)
Irish sustainable clothing company remove all stock from website for Black Friday
Apparently, this is the reason behind Chris Martin and Dakota Johnson's split
Rosanna Davison brings her twin boys home to meet their big sister
You may also like
1 year ago
Turns out, this colour of wine gives you the WORST hangover
4 years ago
Gwen Stefani Receives Massive Backlash After "Insulting" April Fools' Prank
4 years ago
Katie Price Names And Shames The Twitter Trolls Bullying Her Son Harvey
4 years ago
Kim Kardashian Blasts "Body-Shaming and Slut-Shaming" In Brilliantly Honest Post
4 years ago
WATCH: Emma Watson Launched HeForShe Arts Week On International Women’s Day
4 years ago
Kylie Minogue Just Served Kylie Jenner With Some Scathing Home Truths
Next Page