Chances are if you know your celebrity gossip, you'll have heard all about his tumultuous relationship with Stephanie Davis, and now he's giving out about Scarlett Moffatt.

Scarlett is all over the headlines at the moment, having recently been named winner of I'm A Celebrity...Get Me Out Of Here, but Jeremy is most certainly not a fan. 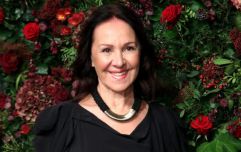 What did the I'm A Celeb campmates do when the show was off-air during the storm?

END_OF_DOCUMENT_TOKEN_TO_BE_REPLACED

The information is a little surprising considering the pair kissed when they both participated in MTV show Beauty School Cop Outs back in 2013.

There's no love lost between the pair now anyway if Jeremy's recent words are anything to go by.

"I just think she's manipulative. I don’t think she's a genuine person. I think she knows how to play certain situations.

"If you were there for six weeks in the jungle, you'd be found out. But luckily she's playing a very clever game.

He then appeared to backtrack slightly, adding:

"But guess what? I don’t give a sh*t. I’m happy for her that she’s done well for herself on the show".

Seeing as Scarlett is a rather busy lady at present, now that she's the current Queen of the celeb Jungle, I doubt she'll be too bothered about the comments.

Get in!! Managed to get my crown through customs ??26 hour countdown till I will be touching down into the North East woo!!

popular
Love Island: Mollie's family issue apology following allergy comments
Woman dies in water park zip line accident in Brazil
Love Islanders will decide whether to recouple in Casa Amor TONIGHT
Love Island fans think someone has left after Luca arrives back to empty bed
Sunny weather set to return tomorrow with highs of 23 degrees
Penneys has a perfect dupe for Charlotte Tilbury's Flawless Filter foundation
Friends creator says they regret not using correct pronouns on the show
You may also like
6 months ago
Ant & Dec call out Boris Johnson over Christmas party scandal on I'm A Celeb
7 months ago
Intruder removed from I'm a Celeb castle after security breach
7 months ago
I'm A Celeb fans are baffled that there's been a falling out over rice
7 months ago
Two soap icons are about to enter the I'm A Celeb castle
7 months ago
I'm A Celeb fans were not able for Snoochie's "uterus" request during trial
7 months ago
I'm a Celeb trials set to be different this year, producers say
Next Page