The court delivered its ruling on Monday morning.

Actor Johnny Depp has lost his high-profile libel case against The Sun over the newspaper's reporting of him as a "wife beater".

Depp, the star of such Hollywood blockbusters as Pirates of the Caribbean and Fantastic Beasts, brought the libel case against the Sun’s publisher, News Group Newspapers (NGN), and its executive editor, Dan Wootton over a story which he claimed damaged his reputation.

END_OF_DOCUMENT_TOKEN_TO_BE_REPLACED

The ruling, delivered by Mr Justice Nicol and published online this morning, found that the newspaper did enough to justify its reporting of Depp as a "wife beater".

Under UK law, The Sun had to prove its reporting to be true on the balance of probabilities, while Depp had to prove that his reputation had suffered "serious harm".

In response to the ruling, The Sun released a statement, saying: 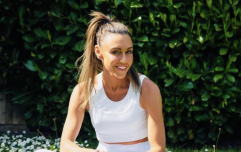 END_OF_DOCUMENT_TOKEN_TO_BE_REPLACED

"The Sun has stood up and campaigned for the victims of domestic abuse for over 20 years. Domestic abuse victims must never be silenced and we thank the judge for his careful consideration and thank Amber Heard for her courage in giving evidence to the court."